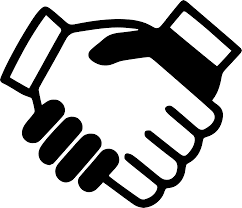 Spot fixing is an illegal activity that destroys the
integrity of sport. It is something not limited to cricket only, it is found
almost in every sport of the new era. It is related to produce certain pre-planned
events according to the bet against it. The betting market is then entertained
in this scenario. It is different from match fixing in which the outcome of the
match is bribed.
These shameful activities are mostly reported in cricket.
The occurrence of corrupt practices in Pakistan cricket are way too common and
the most infamous of all episodes is when Salman butt, M. Amir and M. Asif were
caught red handed under spot fixing charges in 2010. Cricket Premier leagues of
India, Pakistan and Australia also reported similar events.
Taking in
consideration of this security and honesty of sport, various sporting bodies
have created proper polices against such acts and have very stern kind of
actions. Recent activity of Umar Akmal from Pakistan cricket, not reporting the
corrupt approaches, caused him 3 years ban from all sort of cricket. These
kinds of activities destroy the true nature of sport and bring shame to one’s
country.

bitchy | Nick Cannon confirms he’s expecting another child: ‘The stork is on the way’

La Liga focusing on June restart but not without testing players

The Fall of Ernesto Valverde

Top 3 online stores to get your sports stuff during this covid-19 lockdown in Pakistan.