NFL’s all-time winningest head coach and leader of the undefeated 1972 Dolphins, has died at age 90. During his time being the longtime head coach of the Miami Dolphins, Shula led them to two Super Bowl victories, as well as the only perfect season in NFL history. Shula set numerous records in his 33 seasons as a head coach, and was a leader in victories with 347 total wins.

Though he spent several seasons in the NFL as a player, Shula is most famous for leading the 1972 Miami Dolphins to the only undefeated NFL season in history The first of those, after the 1972 season, set a bar that has yet to be reached by any other team. With the Dolphins 14-7 win over the Redskins in Super Bowl VII, Shula’s team became the first and only to go undefeated in a season. The Dolphins defended their title the following year, beating the Minnesota Vikings in Super Bowl VIII after finishing the regular season 12-2. 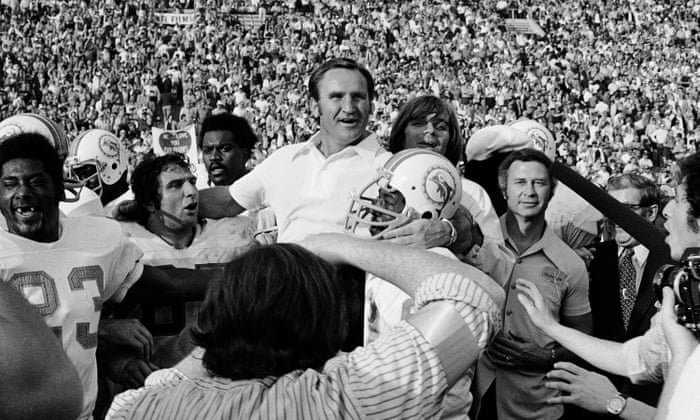 “Don Shula will always be remembered as one of the greatest coaches and contributors in the history of our game. He made an extraordinarily positive impact on so many lives,” NFL commissioner Roger Goodell said in a statement. “The winningest coach in NFL history and the only one to lead a team to a perfect season, Coach Shula lived an unparalleled football life. As a player, Hall of Fame coach, and long-time member and co-chair of the NFL Competition Committee, he was a remarkable teacher and mentor who for decades inspired excellence and exemplified integrity.”

After playing in the NFL himself as a defensive back for the Cleveland Browns, Colts and Washington, Shula coached for 33 NFL seasons, 26 of those being with the Dolphins. Shula was inducted into the Pro Football Hall of Fame in 1997. He, George Halas and Bill Belichick are the only coaches in NFL history to win more than 300 games.