Football has been suspended since March and different plans are being discussed how the came is to be restarted and when. It is most likely that “Project Restart” will be adopted, where games are to be played in neutral grounds by June.

But the medics are showing their concerns and penned a letter to the Premier Leagues medical advisors.

Some of the issues raised in the 100-point letter were

Premier league medics were invited and asked to mention their concerns regarding the return of the game.
Most of the clubs have started their training as they wait for the restart date which was originally June 12th. But as teams wanted 4 weeks of training to get form and fitness back of the players, it seems the dates for the restart could be changed.

However, other leagues around Europe like the Bundesliga and Bundesliga 2 are training. 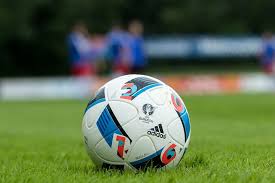 Where Is The Best Place To Store CBD Oil? – Dr Watson CBD

6 tested positive for coronavirus at Fiorentina