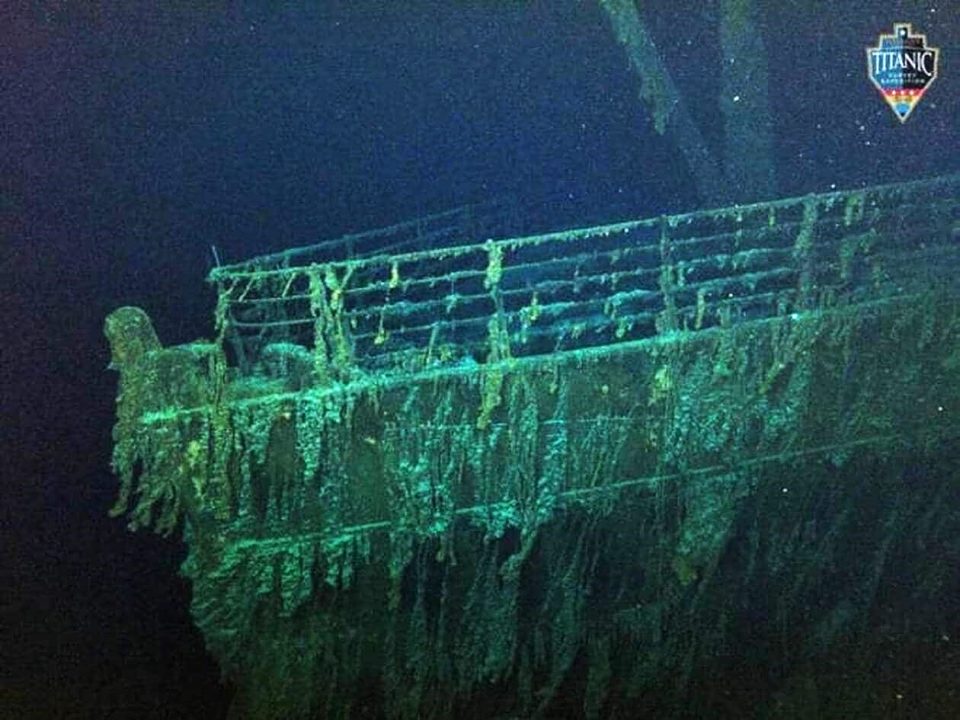 One year after OceanGate’s first expedition to the Titanic shipwreck, the Everett, Wash.-based company is gearing up for its second annual set of dives starting next week — and this time, science will be at center stage.

Last summer’s expedition kicked off what’s intended to be a yearly series of visits to the 110-year-old ruin, nearly 13,000 feet beneath the surface of the North Atlantic. As any movie fan knows, the Titanic hit an iceberg and sank during its first voyage from England to New York in 1912, causing more than 1,500 deaths.

The shipwreck was rediscovered in 1985, and there’s been a string of crewed and robotic surveys since then. But OceanGate’s plan is different. The 13-year-old company and its research partners aim to document how the rapidly deteriorating Titanic and its surroundings are changing on a year-to-year basis — supported by customers who are paying $250,000 each to be part of the adventure.

The inaugural Titanic Survey Expedition documented the wreck site in unprecedented detail, producing a baseline for tracking future changes. OceanGate CEO Stockton Rush said that expedition was “a bit of a shakedown cruise.”

“We did have a lot of technical challenges that we think we won’t have this year,” Rush said today during an online preview of the 2022 Titanic Survey Expedition. “We had weather challenges, we had COVID challenges. So there’s a lot of that stuff, but we still got the best imagery ever taken.”

This year, OceanGate’s science team will be focusing on the biology as well as the archaeology of the Titanic’s resting place. In partnership with a Canadian company called eDNAtec, the crew aboard OceanGate’s Titan submersible will collect samples of water for DNA analysis.

Fragments of environmental DNA, or eDNA, will be sequenced and analyzed using eDNAtec’s EnviroSeq technology. Beverly McClenaghan, lead ecologist at eDNAtec’s Center for Environmental Genomics Applications, said the technology “is really transforming how we characterize ecosystems.”

“We can detect total biodiversity from environmental samples, where previously we would have to employ multiple methods to survey a whole ecosystem,” she said.

Another member of the science team, University of Edinburgh marine ecologist Anna Gebruk, will focus on how deep-sea coral larvae are being dispersed from the shipwreck. “To what extent could the Titanic wreck act as a source of larvae for new populations?” Gebruk said.

The expedition’s chief scientist, Steve Ross of the University of North Carolina at Wilmington, said such research could address deep mysteries about deep-sea ecosystems. “Shipwrecks and other hard structures represent islands of biodiversity,” Ross explained. “They create a different kind of habitat in a place where that habitat maybe didn’t exist, and they attract animals. … So it represents potentially an enhancement to the sea floor in terms of habitat and productivity.”

Ross said this year’s scientific studies were almost certain to come up with surprises.

“Some of the animals we observe are only known from dead specimens,” he said. “We’ll be viewing animals in their life situation. Maybe for the first time we’ll be able to describe their colors and behaviors. It’s also very possible that we’ll be observing some species that are new to science.”

Gebruk said the data generated by the Titanic studies will be shared openly with other researchers and the general public via the iAtlantic database.

Opportunities to study deep-sea habitats don’t come along that frequently, and it’s almost unheard of to be able to visit the same habitat year after year.

“One of the ways that we’re able to support this kind of scientific research is by finding different ways to fund it,” Rush said. “We can take media, as we’ll do this year and as we did last year, and film these wrecks and these locations. And we can bring people who are willing to help fund the operation to participate. That gives us a completely different way to fund this, and be able to go back to the Titanic and other sites every year.”

This year’s expedition begins June 15, with shore operations based in St. John’s, Newfoundland. The Canadian-owned vessel Horizon Arctic will take the Titan submersible and the OceanGate team back and forth between St. John’s and the shipwreck site during a series of five eight-day voyages.

“We expect to do somewhere between 10 and 25 dives, and that’s really a wide range because of weather,” Rush said. Each dive is expected to last about 10 hours, with half of that time spent at the shipwreck site and the other half spent in transit.

The crew for each dive will consist of a pilot, a researcher and three mission specialists who are each paying a six-figure fee for training and support.

“Everybody has a task to fulfill, whether it’s mapping or photographing a certain coral,” Rush said. “But then there’s an opportunity for just general exploration. They can cruise around the debris field and look for other undiscovered objects.”

OceanGate’s expedition season is due to wrap up on July 25.

Over the past three and a half decades, thousands of artifacts have been salvaged from the Titanic shipwreck. But that’s not on the agenda for OceanGate’s expeditions. “We do not pick anything up,” Rush said.

Instead, the OceanGate team will drop something off: a memorial wreath.

“We in fact have a small memorial service every mission that we go out there, to make sure we remember that there were many people who died at this site,” Rush said. “Our hope is to validate what happened by getting as much knowledge as we can, and keeping interest in the story of the Titanic.”

Check out OceanGate Expeditions’ website for details about the Titanic Survey Expedition and OceanGate’s other undersea adventures.

The Relationship Between Testosterone and Male Health