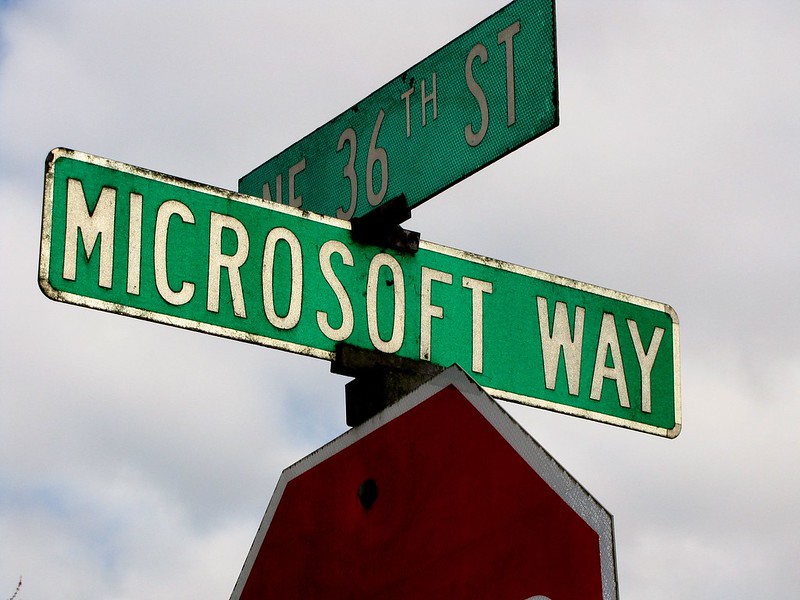 Marcus Courtney was a Microsoft software tester who led a multi-year effort to unionize his fellow contract workers starting in the late 1990s. That history gives him a unique perspective on the company’s recent pledge to acknowledge the rights of its employees to organize, and to work constructively with any who do.

Would he have believed it back then if someone had told him the company would eventually make such a proclamation?

“No,” Courtney said, laughing. “I wouldn’t have believed them. It would have been a welcome thing to have happened back in 1998 and 2000, because workers’ rights are extremely important in the tech industry, especially as it’s grown in wealth, power and the number of employees.”

However, as Courtney and others point out, Microsoft’s pledge is strategic and nuanced, and far from a full embrace of unions in its workforce.

The company’s new “principles for employee organizing and engagement with labor organizations” represent a change in attitude for the company, and a different approach than its fellow Seattle-area corporate titans, Amazon and Starbucks, who have opposed the formation of unions in their respective workforces.

Microsoft’s approach reflects its evolution into the role of “being the grown-up in the room,” said Margaret O’Mara, a historian, author and University of Washington professor who specializes in the history of tech and politics.

“I think this experience of being very large, and then having the antitrust battle, made them a very different company when it comes to thinking about the regulatory landscape,” O’Mara said. “It’s a funny thing for those of us who know the Microsoft of its early days, and what its reputation was, but it’s definitely a more mature company.”

But don’t look for the union label on the next version of Windows.

“We are not asking our employees to go form a union,” said Brad Smith, Microsoft’s president, in an interview about the company’s new approach. “In fact, we’re saying the opposite. We want our employees to know that we want to always listen to what they have to say.”

Instead, what’s driving the principles is Microsoft’s realization that, in certain situations, “there may be a real scenario where people are wanting to form a union,” Smith explained. With this new approach, he said, “we can be thoughtful, we can be constructive, and we think that will serve everbody best.”

Real Scenario No. 1: the recent union vote by the quality assurance team inside Activision-Blizzard subsidiary Raven Software, maker of the blockbuster video-game franchise Call of Duty. Microsoft needs U.S. regulatory approval to proceed with its $68.7 billion deal to acquire Activision-Blizzard.

Smith called the union vote by the video-game testers “part of the constellation of developments that we’ve been paying attention to, as well as lots of other things.” The principles, he said, “will certainly apply in the future if Activision-Blizzard becomes part of Microsoft.”

Courtney said he sees a direct connection between Microsoft’s announcement, the pending Activision-Blizzard acquisition, and President Joe Biden’s promise to run the most pro-union administration in U.S. history.

With the deal under regulatory review, Microsoft is “doing some virtue signaling to the Biden administration,” Courtney said. “I think Microsoft is saying, ‘OK, this is something we need to be paying attention to. And we might want to take a different approach than Starbucks and Amazon have taken.”

Another key point, Courtney said, is that Microsoft specifically focuses the principles on its employees, which doesn’t cover the thousands of people who work on Microsoft projects via third-party firms and agencies.

Contractors and temporary workers were the subject of the ultimately unsuccessful union campaign that Courtney and his colleagues in the Washington Alliance of Technology Workers (WashTech) started at Microsoft more than two decades ago, later aligning with the national Communications Workers of America (CWA).

Microsoft points out that the principles refer to employees because those are the workers with whom it would be bargaining directly, should they choose to organize.

At the same time, Microsoft has been able to roll out policy changes through contractual terms with vendors, such as its requirement that they give at least 15 days of paid leave to those who do work for the company. The company also spent more than $150 million so that vendors could continue to pay support personnel who weren’t needed on its campuses as a result of employees working from home during the pandemic.

Smith noted that many service workers and other on-site personnel employed by vendors at Microsoft facilities are in collective bargaining agreements with those companies through unions such as the Service Employees International Union, CWA, and Teamsters.

It’s no coincidence that the union effort inside Activision-Blizzard involves quality-assurance workers, or software testers, who generally don’t receive the same pay or treatment as software engineers.

How far will unions go in tech?

Courtney, the WashTech co-founder, pointed out the parallels to his own experience as a software tester at Microsoft, which turned him into a labor organizer. He’s now a public affairs consultant who specializes in labor issues.

He observed that Microsoft’s promise to listen to employees is only that – a promise to listen, and not to take action. Eventually, he envisions the union movement spreading to other parts of the tech industry.

Courtney cited, as an example, Elon Musk’s mandate that Tesla employees return to the office.

“All these things should be negotiated,” he said. “I think employees are learning that there’s opportunities to negotiate over this, and the only way you can really negotiate is through some kind of organized power, through representation.”

Smith isn’t convinced that unions will spread beyond specific pockets of workers in tech.

“Labor unions exist fundamentally to address compensation and benefits and working conditions,” Smith said, citing Microsoft’s recently announced plan to boost compensation as an example of its efforts absent the presence of unions. He said he expects unions to arise in some situations in tech, but not generally across the industry.

O’Mara, the UW historian, said an anti-union sentiment has long been ingrained in the tech industry, going back to early semiconductor companies that outsourced work to East Asia in the early 1960s to avoid unionization. In the fast-moving tech world, the oft-stated concern is that unions stand in the way of progress and success.

But the past decade has seen a surge of activism in tech, with employees at big tech companies increasingly speaking out and pushing back against corporate policies on workers’ rights and social issues.

“For a long time, there was the promise made to working people that you’re better off without a union, you’re going to be able to have more upward mobility, and the American Dream is in reach,” O’Mara said. “Certainly, since the Great Recession, there’s been a real pushback against that. People aren’t buying that anymore.”

Microsoft’s principles for engaging with unions are “a sign that there is a larger groundswell, just like there’s a groundswell for some regulation or guardrails on the tech industry,” O’Mara said. “That’s certainly what Brad and his part of Microsoft have really tried to be proactive about. And that’s what I see here, too.”

Asked to assess the underlying trends, Smith cited two factors: 1) A new generation of employees with heightened expectations for their relationships with employers; and 2) this unique moment in time in which the U.S. working-age population, ages 20 to 64, is no longer growing in the way it once did.