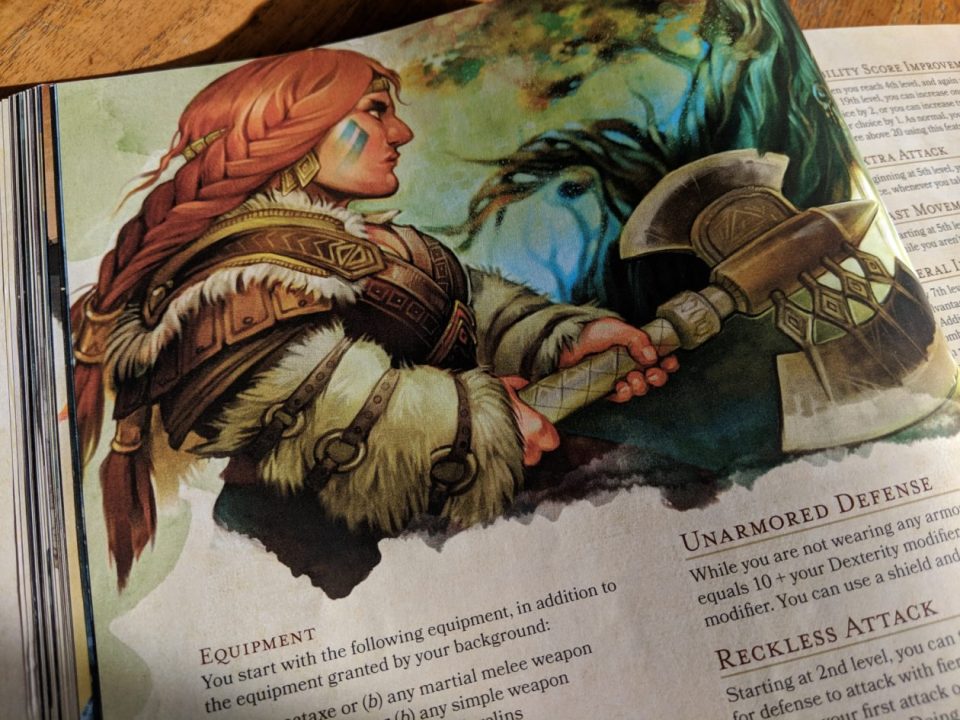 Wizards of the Coast issued a press release Friday to clarify that it doesn’t intend to implement a series of controversial policies that would have reportedly changed how it handles independently-published material for the Dungeons & Dragons roleplaying game.

Those changes would have effectively reversed 23 years of precedent for D&D, by requiring licensors to go through Wizards to approve and publish work, as well as potentially having to pay Wizards royalties. It would also possibly have shut down independent productions, like live-play shows, that were based wholly or in part on D&D.

The policy shift concerns the Open Game License (OGL), a public copyright notice that Wizards of the Coast, headquartered in Renton, Wash., adopted in 2000. Under the terms of the original OGL, or OGL 1.0a, third-party creators can independently publish virtually any sort of material for D&D for profit.

This is what’s allowed a generation of RPG creators to make a living off of making their own content for D&D, and what’s led to successful independent spin-off franchises like Pathfinder, published by Redmond, Wash.-based Paizo.

Rumors had been in circulation since late last year that Wizards, as part of its current One D&D initiative, planned to water down or abolish the OGL. Wizards previously told GeekWire in November that it planned to continue to support third-party content for D&D, but didn’t comment further at the time.

On Jan. 5, Gizmodo’s Linda Codega broke the story that a new version of the OGL was in the works that represented a significant change to Wizards’ policies.

Under the terms of a leaked draft of OGL 1.1, dated mid-December, the original OGL 1.0a was deauthorized, which placed a number of current projects such as Pathfinder in legal jeopardy. Additionally, independent creators under OGL 1.1 were given a number of new rules to follow in order to continue producing D&D content.

The most damning change is arguably a clause that explicitly states that the OGL 1.1 only applied to roleplaying books and other materials. Anything else made with D&D that was not a not-for-profit fan work was actively disallowed by the OGL 1.1.

While there is a loophole in the document for products like livestreams and podcasts that are available for free but funded through voluntary donations, i.e. Patreon, the OGL 1.1, if implemented as written in the Jan. 5 leak, could shut down any live-play D&D shows that operate behind a paywall or subscription model.

For example, Critical Role, which can be watched for free weekly, would be safe under OGL 1.1, but Dropout.tv’s Dimension 20, which airs on a streaming service that requires a subscription, would not.

The Gizmodo article quickly went viral, which led to a massive outcry among D&D players. A second purported leak, sent by an anonymous “insider” to multiple D&D content creators on Jan. 12, resulted in several social media campaigns to boycott playing D&D in favor of other RPGs, and to send a message to Wizards by canceling subscriptions to its digital storefront D&D Beyond.

One of the strongest reactions to the OGL 1.1 leak came late on Jan. 12 from Paizo Publishing. It announced via its official community blog that it would create a new Open RPG Creative License, or ORC, that’s designed to be “open, perpetual, and irrevocable.”

The ORC is being built to be “system-agnostic,” which means it doesn’t support any specific game’s rules, under the legal guidance of Seattle-based attorney Brian Lewis of Azora Law, who previously helped draft the original OGL. Paizo has further partnered with a number of other independent game developers to create the ORC, such as Washington state’s Kobold Press (Kirkland), Green Ronin (Seattle), and Legendary Games (Seattle).

Wizards itself was notably silent on the issue until Jan. 13, eight days after Codega’s article was published.

In its blog entry, the company acknowledged that the changes in the OGL 1.1 were unpopular. Wizards’ goals with the changes in 1.1 were to “prevent the use of D&D content from being included in hateful and discriminatory products”; to clarify that the OGL does not allow the use of D&D in Web3/blockchain/NFT games; and to ensure that the OGL is for “our players, and the community,” rather than major corporations “to use for their own commercial and promotional purpose.”

Wizards stated that further revisions of the OGL will not invalidate any content that was made or produced under its version 1.0a; it will not result in Wizards owning any rights to any independently-made D&D content; and they will not contain any royalty structures.

“Our plan was always to solicit the input of our community before any update to the OGL; the drafts you’ve seen were attempting to do just that,” Wizards’ staff wrote on the blog. “We want to always delight fans and create experiences together that everyone loves.”

“We realize we did not do that this time and we are sorry for that. Our goal was to get exactly the type of feedback on which provisions worked and which did not–which we ultimately got from you.”

Wizards of the Coast responded to GeekWire’s requests for comment by linking to the blog post on D&D Beyond.

The leaked changes to the OGL notably come at a point in time when Wizards’ parent company Hasbro is struggling with a sharp drop in its quarterly revenue.

Fans and analysts have repeatedly linked the OGL 1.1, which pulls much of the creative and licensing power over D&D back to Wizards’ hands, with the dire state of Hasbro’s other departments. A shareholder campaign in February claimed that Wizards, at one point, brought in almost half of Hasbro’s overall earnings by itself.

bitchy | Wait, Princess Anne & Prince Edward are in their feelings about ‘Spare’??