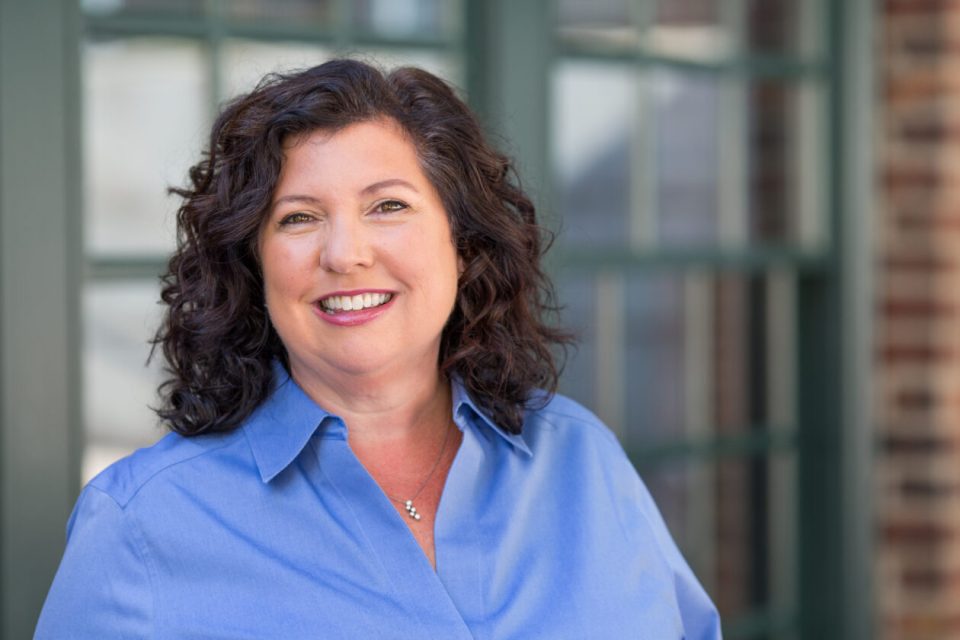 After stints with Microsoft’s Xbox team and Amazon’s finance and fulfillment departments, Cynthia Williams started a new role 10 months ago as president at Wizards of the Coast.

Williams has presided over a period of significant growth and visibility for both of the company’s two major brands. Dungeons & Dragons and Magic: The Gathering have seen their audiences expand dramatically over the course of the last few years, to the point where Wizards’ parent company Hasbro reorganized last year to put more focus on Wizards’ output.

In Washington state, Wizards of the Coast employs about 800 people in offices in Renton and Bellevue. It currently maintains a hybrid workplace policy where many employees are full-time remote, while others come into the office for necessary collaborative and creative work.

We spoke with Williams to discuss Wizards’ year to date, a recent social media controversy, diversity, and the company’s ongoing expansion into developing video games in-house, among other topics. The interview was edited for clarity.

Cynthia Williams: We are on pace for Magic: The Gathering to be Hasbro’s first brand to hit $1 billion dollars in the fiscal year. We’ve had a record-breaking year … the five tentpole releases for Magic [the main sets Kamigawa: Neon Dynasty, Streets of New Capenna, and Dominaria United; the Commander set Battle for Baldur’s Gate; and the compilation set Double Masters 2022] have all hit $100 million dollars.

Of course, the acquisition of D&D Beyond [the game’s most popular digital toolset] has been a real aperture opening for our ability to see what our fans are doing in the world of Dungeons & Dragons every day, whether they’re playing at home or not. We’ve seen that registered user base grow more than 20%.

We are once again having a phenomenal year.

So you’re getting a better idea of how people use D&D Beyond now that it’s in-house?

Exactly. The access, to see the characters they’re creating and what they’re doing, is giving us more data on a digital basis versus doing surveys, which is how we’ve learned more about our players through the years on the analog side.

It reminds me of how the achievement system on Xbox has been such a big deal for gathering player data. Speaking of which, as a former Xbox employee, what do you feel like you brought from that to your new job at Wizards?

Going to my first E3 in 2019 was when I really understood what it means to have fans. The Xbox fans were so passionate.

That was the year that Keanu Reeves was on stage. It was such a phenomenal moment, and I truly began to understand the passion that people can have for their play system, or their brand, or their game, in a different way.

When I started talking to Chris Cocks [Hasbro CEO and the former Wizards president] about joining Wizards of the Coast, I knew that the fanbases for Magic and D&D are even more fanatical than Xbox or PlayStation fans. That’s really what I brought, was the understanding of the stewardship that you have for these brands that are part of people’s lifestyles and identities.

What is Wizards’ strategy going into 2023?

Since I got here, it has very much been about inviting more people to the party, and making sure that they found a space where they could express who they are.

Our games teach that diversity is a strength. D&D in particular will teach you that together, you can overcome tasks, challenges, or an adventure that you wouldn’t have been able to on your own.

When you’re playing Magic, you’re seeing the diversity of the world, in the characters. You see yourself.

We’re excited in 2023 about several things. Certainly, there’s the movie, Honor Among Thieves. I’ve seen it twice now. It’s funny. It’s going to introduce a whole new group of people to the game, and let them come into this world and learn all the benefits of it.

Chris Pine [Honor Among Thieves‘ male lead], on the Comic-Con stage, made a point that’s near and dear to our hearts, which is that every high school should have a D&D program. When you’re around the table, playing together, differences evaporate and everyone is having fun. I love that he is spreading that gospel to the world.

On the Magic side, we’re going to continue the 30th anniversary, with the continuation of the Phyrexia story. Then, in the summer, we have our massive Universes Beyond set for Lord of the Rings.

What we’ve seen with our Universes Beyond sets is that the crossover collaborations are leading new people to Magic. With Warhammer 40K, those sets have just been evaporating off shelves. We are on our third reprint of the sets, because people just can’t get enough of it.

As we talk to store owners, they’re telling us that they’re getting new customers coming into their stores looking for WH40K. We love that. We love this opportunity to give fans of another IP an expression of what they love and introduce them to the world of Magic.

What do you see as the trends in the tabletop industry, going forward into next year?

The big trend that we’re seeing is the importance of having both a digital and a physical expression of things. We call those “hybrid players,” people who play both.

That’s another lesson I took from Xbox that I’m carrying with me: when you give people more ways to play, when you meet them where they are, they play more.

We’re seeing that, after we acquired D&D Beyond, and having both the TCG Magic and [the online version of Magic] Arena. Those hybrid players are the most satisfied with the game, they play the most, and as a result, they spend more.

We see the importance of continuing to develop the ecosystem to have both the physical and digital expression as one of the key trends for tabletop going forward.

What’s your position on the recent accusation that the heightened rate of Magic releases has been flooding the zone, so to speak? It does seem that there’s been so much more Magic coming out this year than any year previously.

From my vantage point, there are two things. Number one, for the last three years, we’ve done six tentpole sets [per year]. It’s not that there are more big releases.

What is true is that for the past six years, we’ve been learning more about our player base. Part of what we’ve learned is that within Magic, you’ve got about 80% of the population that considers themselves a more casual player.

That insight led to the introduction of the Commander decks [a casual multiplayer format for Magic]. What we’ve learned about the people who love to be collectors has led to the collectors’ booster sets.

When we talk about there being “too much Magic,” one piece of it is that for the same number of releases, we’ve added more SKUs. Not that we expect someone to buy all the SKUs, but we expect people to buy the SKUs that meet their play style. What we’re seeing is that about a third of our growth is coming from that segmentation.

Now, the second piece of it is also true, that we’re trying to correct in 2023. The supply chain challenges, going all the way back to the pandemic era, carried through for us into this year.

There were sets that we expected to release earlier in the year that got delayed. In one case, it was a glue that we needed that we couldn’t source. We ended up with two big sets released within four weeks of each other. It should be closer to two months. That’s not ideal. It’s not what we wanted.

Then, equally, we had the two micro-sets — Unfinity and Warhammer 40K — release on the same day. So collectively, that’s about the size of another tentpole set. None of this was by design, and we don’t intend to replicate that going forward.

With the recent cancellation of the G4 cable network, which was partnered with Wizards at one point to produce original live-play content, where do you see live-play fitting into Wizards’ strategy going forward?

At its core, Magic is about face-to-face interaction. We’re delighted to have Arena to allow people to play when and where they want to, but at its core, this is about sitting down face-to-face.

We’re excited that we’ve got this tailwind, of people being able to gather again. We’re seeing play in those events get almost back to pre-pandemic levels, and we do believe that we’re going to be able to grow that.

When you think about streaming and content creators, we had a great success with the World Championships at the 30th anniversary event in Las Vegas. That’s key, and important to us for streamers to be able to continue to do that.

If you’re asking about esports, that’s not a place where we’re going to continue to invest.

In my time at Xbox, I also had [streaming platform] Mixer for a very short amount of time. I do believe in the power of being able to watch other people play, and there are a number of things we are working on to give people an opportunity to stream.

We appreciate the value and success of things like Critical Role (a web series about playing D&D). When we look at D&D Beyond, we think that you should think of it as the front door. You should be able to come there and find what you’re looking for, including a watch space.

A big topic of conversation on social media has been the recent announcement that D&D will move away from the term “race” and use “species” instead. Can you speak to what internally motivated that change?

What I can say is this: we are continuing to evolve how we think about this space. I talked before about how important diversity is to us and how we see that as a strength.

We do think that this was language that was not necessarily representative of how we think about that term now, and the team felt pretty passionate about finding a replacement. We don’t believe that a character’s race predetermines things about them.

It’s an interesting choice of words.

I think it’s important to remember that One D&D (a new publishing initiative) is at the point of playtest. I don’t think that we have finalized that the word will be “species.” It’s a word being tested.

We’ve announced six different studios that are first-party and owned. There’s Archetype in Austin that’s working on a sci-fi game that we’re really excited about. It’s a new IP.

You’ve got Atomic Arcade in Raleigh-Durham, that’s working on a very mature G.I. Joe game, and then, Invoke is working on a D&D game. The key piece I’d tell you is that we have been really fortunate to hire some amazing industry veterans, who have a passion for the brands and games that they’re building.

There are also instances where we are licensing out IP to people. Later this week, Larian Studios will announce the official launch date for Baldur’s Gate 3. We’re super excited about that. [Larian announced at the 2022 Game Awards ceremony that BG3 will release in August 2023.]

We view it as that these games should be in service to a brand, and they should be giving fans another way to experience that brand. We’re delighted to have such phenomenal talent both on our team and in our partners, building it.

So you see that as broadening your approach, so to speak.

Video games are the biggest, fastest-growing form of entertainment on the planet. I think it is a critical way to give fans a different way to enjoy a brand and game that they love. I do view it as critical for reaching more of the players around the world.

Most popular stories on GeekWire for the week of June 12, 2022 – GeekWire