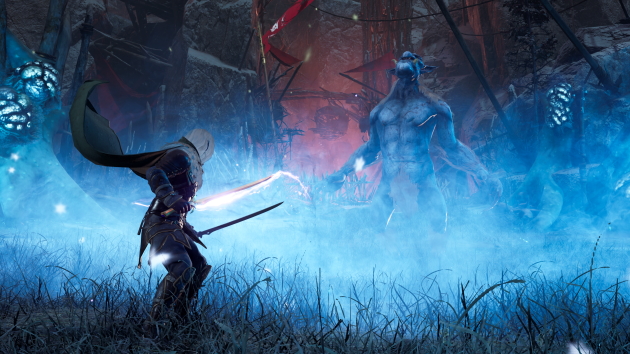 Wizards of the Coast has opened a new video game development studio in Montreal, which is already working on a new Dungeons & Dragons title.

The new company, Invoke Studios, is a reorganization and rebranding of Tuque Games, which Wizards acquired in 2019. Tuque subsequently developed the 2021 action-RPG Dark Alliance for Wizards.

Like Tuque, Invoke is headed by Wizards VP and general manager Dominic Guay. Before joining Wizards in 2021, Guay spent 15 years at Ubisoft Montreal, where he was a senior producer on the first two games in the open-world Watch_Dogs series.

“We have our own culture and our own specific work methods,” Guay said in an official statement. “We are not just the Montreal division of an international group. We are the ones putting forth the ideas and the direction.”

Invoke Studios is specifically described by Wizards as an “AAA” studio, which is video game industry shorthand for a big studio working on large-scale, high-budget projects. At its launch, Invoke has 80 employees on its development team, with stated plans by Guay to increase it to over 200 by 2025.

Its current project is based on Dungeons & Dragons, and is being built with the newest version of the Unreal Engine. Invoke and Wizards have not offered any further details, but since it’s an AAA game, it could be a few years before the project’s ready to show to the public.

Montreal is a significant hub for the international video game industry, with more than 200 studios operating within the city limits, including divisions within Ubisoft, Montreal, Electronic Arts, Gameloft, Eidos, and Amazon Games. This is due to generous local tax subsidies, which started in the ’90s as a deliberate attempt to lure the games industry into Montreal.

Invoke is one of six video game studios that Wizards of the Coast has opened in North America. The others are Skeleton Key, which opened last summer in Austin, Texas, which is working on an unspecified AAA project of its own; Archetype Entertainment, also in Austin; Atomic Arcade in Raleigh, N.C., which is currently working on a G.I. Joe game; and two unnamed locations in Washington state.

‘The housing market could get worse’ – GeekWire