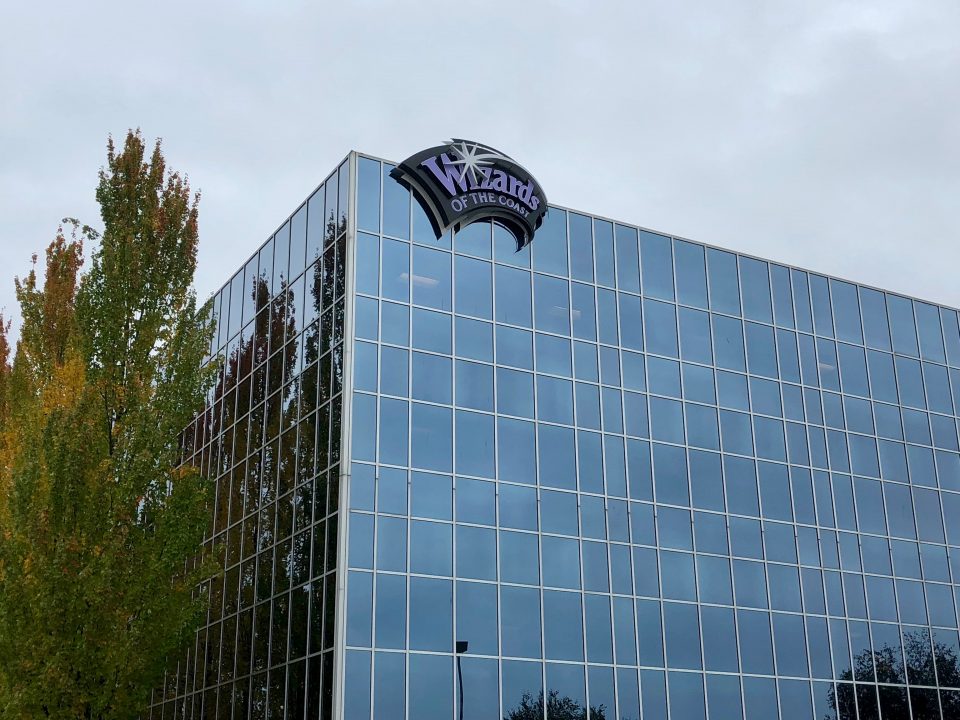 Renton, Wash.-based gaming company Wizards of the Coast filed a preliminary injunction in Seattle last week that seeks to prevent the release of a Wisconsin company’s upcoming tabletop game, citing conflicts over both intellectual property rights and allegedly “racist and transphobic content.”

Wizards of the Coast, owned by conglomerate Hasbro, is the current publisher of the Dungeons & Dragons roleplaying game, the audience for which has been growing steadily over the course of the last several years.

The company’s injunction, filed on Thursday in U.S. District Court in the Western District of Washington, was filed to stop the publication of Star Frontiers: New Genesis, a tabletop space opera role-playing game that’s currently under development at TSR LLC, headquartered in Lake Geneva, Wisc.

TSR LLC (a.k.a. “TSR3.5” or “NuTSR”) is the latest company to lay claim to the name and legacy of the defunct TSR Inc., which is best known for publishing the original version of Dungeons & Dragons in 1973 and was acquired by Wizards in 1997.

TSR Inc. was founded in June 2021 by Ernie Gygax, son of late D&D creator Gary Gygax, and Justin LaNasa, the owner and operator of the Dungeon Hobby Shop Museum in Lake Geneva, which is located on the site of the first office that Gary Gygax opened for TSR in 1976.

TSR LLC’s New Genesis is an attempt to revive the original Star Frontiers, which TSR Inc. published from 1980 to 1986. While Star Frontiers never found the success that D&D did, it’s maintained a cult fanbase up to the present day. Several features of its universe were later recycled into the D&D spacefaring setting Spelljammer.

In the injunction, Wizards’ counsel writes that it “would be irreparably harmed by the publication and distribution of the game using its trademarks because consumers may mistakenly associate Wizards with the reprehensible content of the game, damaging its reputation and goodwill and undermining its efforts to foster a culture that embraces diversity.”

Those efforts include adjusting the in-game lore to move away from specific fantasy races being treated as plug-and-play villains, and publications such as this year’s Journeys Through the Radiant Citadel, an anthology of adventures that are inspired by world mythologies other than post-Tolkien Western fantasy.

The Sept. 8 injunction marks the latest step in an ongoing legal fight between TSR LLC and Wizards. They had previously filed suit against one another in December over the rights to the TSR name and to Star Frontiers.

TSR LLC claims Wizards had allowed both trademarks to expire at an undisclosed point in the early 2000s, which rendered the trademarks eligible for their use.

It also seeks the removal of a content disclaimer that Wizards has added to digital versions of older TSR products, such as the original Keep on the Borderlands module.

“This disclaimer attempts to make a statement of fact argument, and therefore paints all of the writers, editors, artists and consumers of those products as supporting those alleged prejudices, stereotypes and bigotry, wrongfully claimed to be part of those products,” TSR LLC wrote online, as part of a now-cancelled Indiegogo campaign to raise legal fees.

Wizards counterfiled to seek the cancellation of TSR LLC’s trademark registration, alleging that TSR LLC had filed a fraudulent claim with the U.S. Patent and Trademark Office in order to lay claim to the original TSR’s name or intellectual property.

Wizards also notes in its injunction that it acquired the right to both TSR’s name, its unique logo (referred to in the injunction as a “design mark”), and its intellectual properties, including Star Frontiers, when it purchased TSR in 1997.

Those suits had previously been scheduled to reach a jury trial in October 2023. Wizards’ preliminary injunction is noted for consideration on Sept. 30.