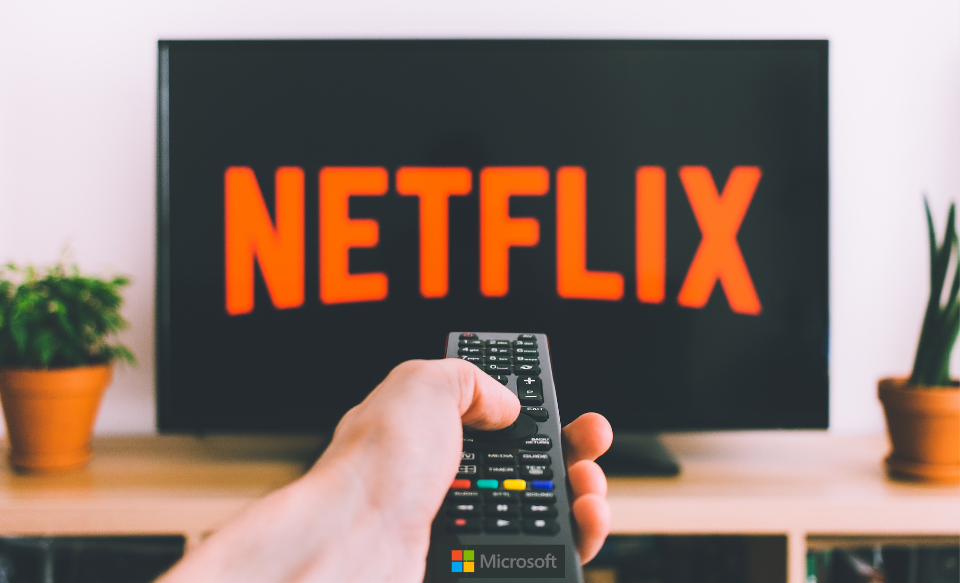 Recent headlines detailing subscriber loss at Netflix combined with the streaming giant’s advertising deal with Microsoft to launch an ad-supported subscription tier in 2023 have led to a new wave of speculation as to whether Netflix might be willing to sell itself. Some analysts are wondering if Microsoft might be a prospective buyer.

It’s easy to see why the idea has captured imagination. Microsoft already runs the Game Pass, which is frequently called the “Netflix of gaming,” with a similar subscription model and à la carte presentation. Netflix, for its part, has recently moved into games publishing, and has made more than 20 mobile games available for free to paid subscribers.

If you combined the two, it’d be effectively unbeatable on a consumer level. Even if a bundled subscription only featured some of Netflix’s content combined with some of Game Pass’s library for a single competitive price, with the ability to stream it all straight to your phone or tablet through the cloud, it’d be an easy slam pick for anyone’s entertainment budget.

“Microsoft has been looking for a way back into the consumer space for a long time — beyond Xbox, that is. Netflix provides exactly that, and perfectly complements Xbox to boot,” tech analyst Ben Thompson wrote in a Stratechery update this week.

It makes sense on paper, but anyone who’s actively betting that it’ll happen seems like they’re overreacting, due to what else is happening with Microsoft at the moment.

While the Activision Blizzard deal appears set to go through without a hitch, it’s important to note that the company is what a real estate agent might call a “fixer-upper.” Activision Blizzard publishes some of the most valuable franchises on the planet, including Call of Duty and Warcraft, but both halves of the company have had separate but major internal issues in the last few years.

For Activision, that’s primarily its internal labor problems, which have led to one of its internal QA teams making video game history by successfully unionizing. Blizzard is largely seen to be on a significant decline, expedited by multiple recent revelations about its extremely toxic workplace culture.

When Microsoft takes the reins at Activision Blizzard, its first move is going to have to be a significant and protracted period of reorganization and housecleaning, or the acquisition simply won’t be worth it in the long term. Unlike Microsoft’s other recent high-profile video game acquisitions, this is not a situation where Microsoft can simply change the names on all the stationery and get out of the way. It’s going to take a lot of work to get Activision Blizzard to where it needs to be.

Further, as Thompson points out in Stratechery, the recent Netflix deal already turns Microsoft into one of the biggest ad companies in this area, by virtue of giving Microsoft access to what’s potentially a captive audience in the millions. If Netflix’s ad-supported tier builds any kind of audience at all, Microsoft stands to benefit enormously from this partnership.

That suggests Netflix is currently valuable to Microsoft as an independent partner, since it’s enabling expansion into a new area for the company. It doesn’t make sense to me that Microsoft would jeopardize that in the near future.

Finally, Netflix famously runs on Amazon Web Services. Microsoft traditionally doesn’t get too upset about working with companies that are ostensibly competitors, like how it’s happy to publish Minecraft on Sony and Nintendo platforms.

It’s still hard to imagine a version of a theoretical Netflix acquisition by Microsoft where job one isn’t shifting the entire endeavor over to its own Azure cloud service. It’s hard to know just how long that would take, but it’d add a lot of expenses to the acquisition beyond Netflix’s own asking price — its market capitalization is close to $100 billion — with the non-zero chance that it’d sink the entire deal.

Between those three factors, it strikes me as logistically infeasible that Microsoft would open up another front in the content wars right now. There’s still a lot happening with its last major acquisitions, the Netflix deal has a lot of ramifications by itself, and buying Netflix would have a lot of attendant complications that even a company on Microsoft’s level doesn’t really need right now.

Of course, if you’d asked me last year, I wouldn’t have thought Microsoft could or would buy Activision Blizzard. A theoretical acquisition of Netflix would be significantly more expensive than that deal, but that doesn’t make it impossible, especially if Netflix’s stock price has another sharp decline.

For now, however, I would assume that if Microsoft is in the direct market for any streaming video service, it would go after something smaller than Netflix, and it wouldn’t make that move for the foreseeable future.

bitchy | Gwyneth Paltrow on her sidelined acting career: ‘I really don’t miss it at all’

Seattle selected as one of 11 U.S. host cities for World Cup soccer matches in 2026 – GeekWire