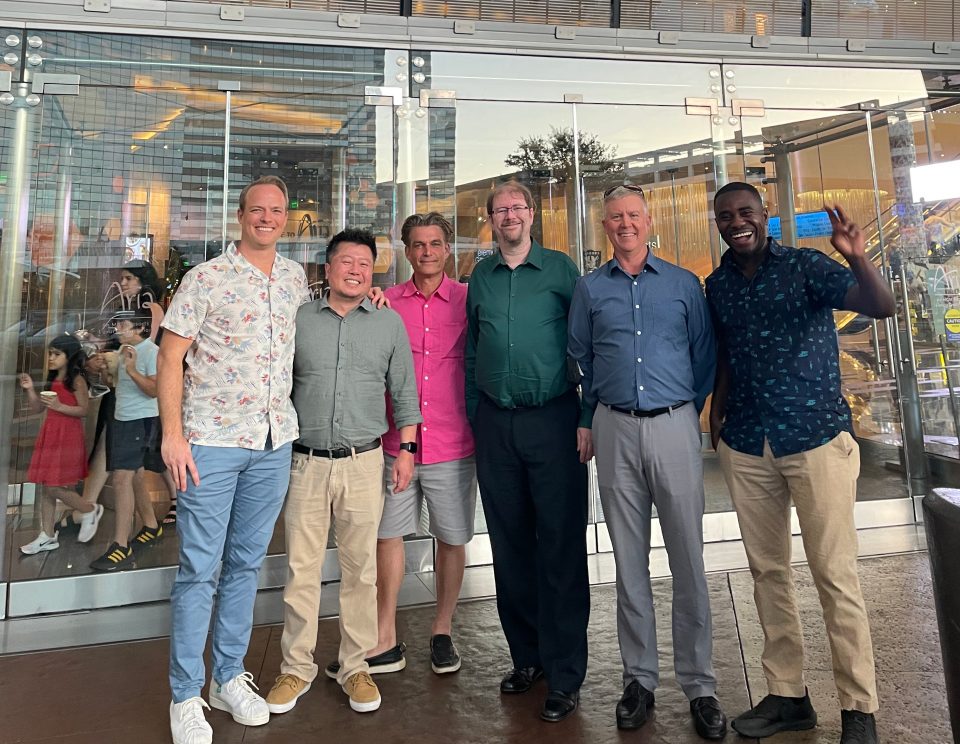 In 2014, Brian Grunkemeyer was a Microsoft principal software engineer with a passion for fighting climate change. That year he bought a Tesla Model S and drove it from his home in Redmond, Wash. to San Jose, Calif.

“On a road trip like that, you have a lot of time to think deeply about EV charging,” Grunkemeyer said.

His realization? That if projections were correct, electric car charging was going to require a huge amount of power.

Grunkemeyer began working on a solution, creating a startup that launched in 2019 as FlexCharging. The company recently landed the initial close of its first venture round, bringing total funding to $6.2 million. Its lead investor is Accurant International.

The challenge that Grunkemeyer set out tackle is the fact that energy supply and demand fluctuate over time. Solar panels and wind turbines produce more power during daylight or windy conditions. Demand or “load” can spike if everyone gets home from work, for example, and plugs in their cars at the same time. If demand outpaces supply, utilities can fire up backup sources, often coal or gas-powered generators. In the long term, they might build new power plants to meet peak demand — or risk power outages.

Grunkemeyer’s solution helps EV drivers charge when energy is more plentiful. Using data from utilities and a nonprofit called WattTime, the FlexCharging app automatically manages charging to coincide with times when demand is at its lowest and supply the greenest. Drivers enter information setting the window of time their vehicle will be plugged in and the minimum charge level that they need to reach.

The app is free to drivers. It currently works for vehicles from 19 automakers and more than 60 EV models.

Utilities are FlexCharging’s paying customers. The startup collects charging information from vehicles and creates data reports to help utilities better understand and predict demand. If utilities get their customers to use the app, it saves them money by reducing the need to burn fossil fuels or build new power plants.

The app can save drivers money, too. Utilities in California, Arizona and other states have time-of-use rates that charge customers more for power during high demand times to encourage to shift their usage. Washington state utilities are moving towards time-of-use rates as well.

“We let drivers customize how they want to charge their car to either save the most money or reduce carbon emissions,” Grunkemeyer said. “We put the power in the driver’s hands.”

While Grunkemeyer is enjoying some success as a startup founder, becoming an entrepreneur was never one of his goals.

He took a job at Microsoft in 1998 shortly after graduating from Carnegie Mellon University. He worked on the tech giant’s big data team, tackling analytics projects for Azure. He liked his job, his colleagues and his generous benefits.

But his conscience tugged at him. Combating climate change was going to require new innovation, including for EVs.

“I realized that I could have more of an impact on saving the world,” he said, “by focusing on this problem.”

Grunkemeyer was also uniquely suited for the startup.

Nearly 20 years ago, he began volunteering with the Sierra Club environmental group. He learned that his local utility, Puget Sound Energy, was an operator of a carbon-emitting coal plant in Montana. It didn’t make sense to him. So he spent years meeting with their economists and regulators to understand their costs and projections. He brought his analysis skills to bear and began to “poke holes” in the numbers favoring coal.

Ultimately he helped convince the utility to shut down half of the Colstrip coal power plant, with final closure in three years. In addition to the climate win, he gained a deep knowledge of how utilities operate.

Grunkemeyer also learned about venture capital as an investor with the Seattle Angel Conference.

The company was initially self-funded with more than $2 million by Grunkemeyer and with limited participation by an angel investor group. The company was also chosen for the Cascadia CleanTech Accelerator.

FlexCharging has grown to 19 employees and contractors. It’s working with utilities in California, Colorado, Utah, Maine, Australia and is continuing to expand.

FlexCharging’s early team included Laura McCarty, who previously served as chief operating officer and is now a strategic advisor, and Ana Jamborcic, who was director of product strategy before leaving to work on her own startup. Current employees include Tyler Phillipi, chief product officer, and Ken Nichols, who runs business development.