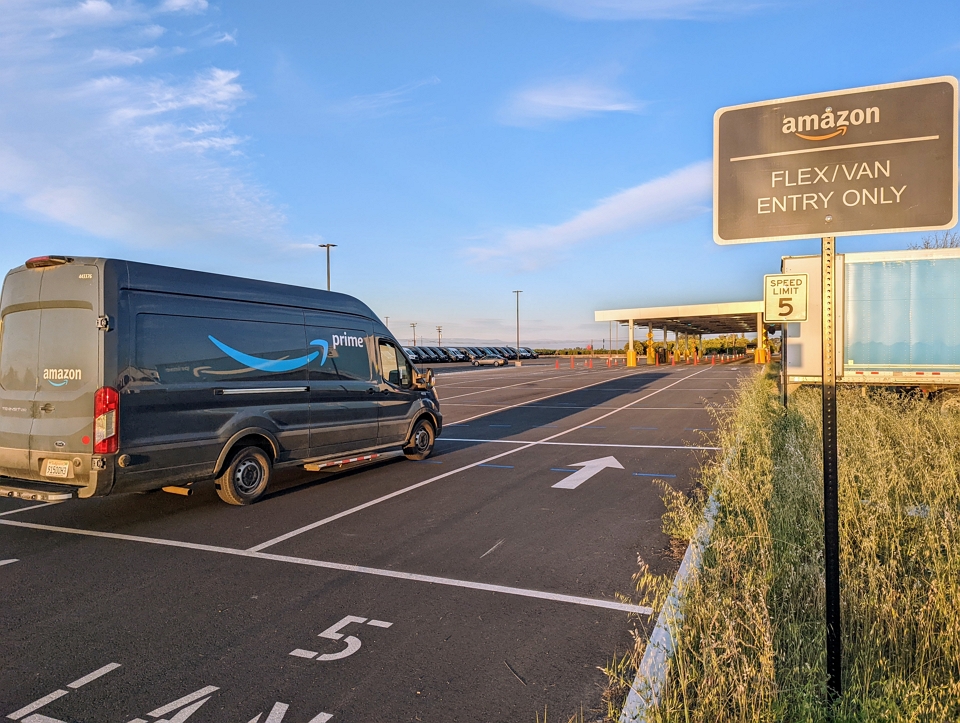 As a benchmark, that means drivers for Amazon DSP companies now outnumber the 270,000 members of the National Association of Letter Carriers, who work for the U.S. Postal Service. At the current pace, it’s easy to imagine the total number of Amazon DSP drivers someday surpassing the 350,000 UPS employees who are members of the Teamsters International union.1

Perhaps more than a juicy burger at a Labor Day picnic, the prospect of organizing a workforce that big would normally make union leaders salivate.

Informal polls indicate that many DSP drivers would be open to the idea. Independent news reports characterize the job as unforgiving and dangerous.

Amazon has disputed aspects of these reports, saying that critics cherry-pick safety data, for example, “to tell an inaccurate and misleading story.” The company says it has rolled out a series of initiatives to improve safety and working conditions. It points out that the DSP program has created thousands of small businesses and hundreds of thousands of jobs with competitive wages, paid time off, and health-care benefits.

But there’s a bigger challenge for union organizers: Amazon generally limits each DSP delivery company to 40 vans, max. A full-scale DSP operation employs 40-100 people at most, as outlined in Amazon’s pitch to prospective DSP business owners.

“While this is different than FedEx’s independent contractor model that precludes unionization, it still makes organizing these drivers very difficult,” wrote National Association of Letter Carriers President Fredric V. Rolando in his biennial report to NALC members, published in the August edition of The Postal Record magazine.

The reason, Rolando explained, is that “a union would need to organize anywhere between five and 15 companies at each facility—while also successfully hiding these efforts from Amazon, which can and will cancel contracts with DSPs with little warning and no explanation.”

There’s a whole other category of drivers who would be even more difficult to unionize, if not impossible: the independent contractors who deliver packages in their own vehicles as part of the Amazon Flex program.

Despite the challenges, the NALC remains “particularly interested” in seeing Amazon DSP delivery drivers unionize, “because these are the jobs that compare most directly to ours,” Rolando wrote.

“Improving pay and working conditions for Amazon delivery drivers will raise wages across the sector,” he added.

In fact, Teamsters and NALC staffers have talked about ways they might collaborate to help unionize Amazon drivers, Rolando wrote. However, he noted, Teamsters staffing changes after the election of Sean M. O’Brien as the international union’s new president “have paused these efforts, hopefully temporarily.”

The NALC’s relationship with Amazon is especially complicated, as Ronaldo explained in his report:

Amazon is both one of USPS’s biggest customers and one of its biggest competitors. Over the past five years, Amazon has built out an extensive logistics and delivery network to bring in-house the delivery of products sold on its marketplace platform. In the past, USPS delivered more than half of Amazon’s parcels. Today, we deliver only about a quarter. Amazon is projected to ship more packages than both UPS and FedEx by the end of this year. While the volume of parcels that USPS receives from Amazon has remained relatively consistent over this period, Amazon’s sales have grown spectacularly—particularly during the pandemic—meaning that Amazon increasingly keeps a larger proportion of its delivery business in-house. As Amazon’s delivery network grows, it seems likely that USPS will be left with only the most expensive delivery points, while Amazon retains the most lucrative for itself.

Separately, the NALC supported efforts by the Retail, Wholesale and Department Store Union (RDWSU) to organize Amazon’s warehouse in Bessemer, Ala., including an initiative in which letter carriers visited the homes of Amazon workers there to talk about the benefits of unionizing.

The RWDSU didn’t succeed in Alabama, but the Amazon Labor Union did win in Staten Island, N.Y., and it secured a key decision last week from a National Labor Relations Board administrative law judge, upholding the vote.

However, as Rolando wrote in his NALC report, “Compared to warehouse workers, organizing Amazon’s delivery drivers is much more complicated.”

O’Brien, the new Teamsters International president, offered one path forward for the labor movement when asked about the possibility of organizing Amazon delivery drivers in an interview last year with GBH News in Boston.

1 These numbers provide a sense for the scale of each workforce, but they are not apples-to-apples comparisons. Amazon’s DSP program is international; USPS is domestic. NALC members include retirees in addition to active letter carriers. UPS workers in the Teamsters union also include loaders, unloaders, sorters, clerks and mechanics.

I was a member of the Teamsters union as a part-time UPS loader in college in the 1990s.

Sometimes you should listen to your lawyer

“Happy Labor Day, rest up and save your voice” links