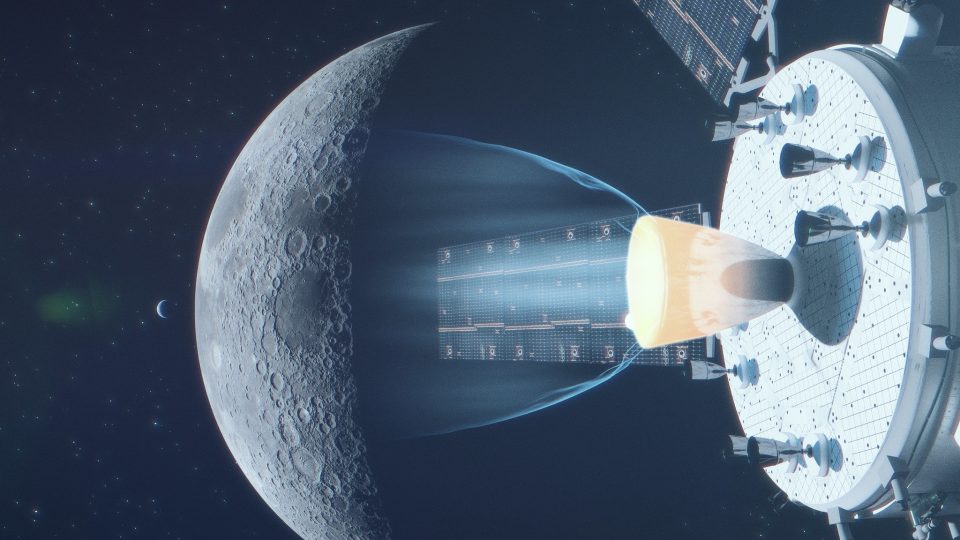 REDMOND, Wash. — When NASA’s Space Launch System rocket sends an uncrewed Orion spacecraft beyond the moon and back for the Artemis 1 mission, the trip will put rocket components built in Redmond to their sternest test.

But at Aerojet Rocketdyne’s Redmond facility, where hardware for Artemis 1 was built years ago, engineers are already working years ahead.

“We have delivered Artemis 1 and 2, and we’re just finishing up Artemis 3 right now so that acceptance testing will finish this summer,” said Erica Raine, the Aerojet program manager who’s overseeing work on the Orion capsule in Redmond.

And she’s just talking about the reaction control thrusters for Artemis 3’s Orion crew module — the vehicle that’s destined to transport astronauts to the moon by as early as 2025. Some of the components currently being assembled in Redmond are destined to become part of the Artemis 5 moon mission, set for 2028.

Aerojet’s production schedule goes to show how long it takes to put together the millions of pieces for the SLS rocket and the Orion capsule that are due for launch from NASA’s Kennedy Space Center in Florida on Monday.

Even though it’s been years since Artemis 1 hardware left Redmond, the Aerojet team are revved up for liftoff. “It’s been a long road, but it’s so rewarding and the mission is very exciting — possibly 42 days in lunar orbit,” Raine said.

Artemis 1 will mark the first-ever launch of the SLS, the most powerful rocket ever built for NASA (8.8 million pounds of liftoff thrust vs. the Saturn V’s 7.5 million pounds). The rocket will send Orion on a trajectory with a long, looping orbit that ranges 40,000 miles beyond the moon. At the end of a trip lasting as long as 42 days, the Orion will plunge back through the atmosphere for a Pacific Ocean splashdown.

The mission is designed to test all the components that will come into play during the crewed Artemis missions to come — ranging from Orion’s heat shield to the engines and thruster systems built by Aerojet.

Aerojet’s Redmond operation, which has more than 400 employees, focuses on the smaller thrusters: for instance, the 12 reaction control thrusters for the Orion crew module, and the eight auxiliary engines for the European-built service module. The Redmond team also handles the 12 reaction control engines on the SLS’s upper stage, also known as the Interim Cryogenic Propulsion Stage.

“The majority of engines that we work on here in Redmond are really tabletop-sized,” Raine said. “The crew module engines, they’re about the size of a toaster. The auxiliary engine is like a small traffic cone. … Our machine shop isn’t set up for that larger scale.”

Other Aerojet facilities work on larger propulsion system components, such as Orion’s main engine. But sometimes Redmond plays a role in those components as well — for example, managing work on the launch abort system’s jettison motor, or refurbishing the valves for the main engine.

Raine acknowledged that some of the work being done in Redmond is “not as sexy” as the rocketeering that has gone into, say, the SLS’s RS-25 core stage engines. Those behemoths were taken from NASA’s space shuttles and refurbished by Aerojet at NASA’s Stennis Space Center in Mississippi. (Orion’s main engine is also a shuttle hand-me-down.) Nevertheless, she and her team are proud of their contribution to Aerojet’s Artemis effort.

“We’re all one big family, but we do have different specialties,” Raine said.

And the Redmond team could soon be adding to its specialties: Last fall, Aerojet Rocketdyne won NASA’s nod to develop the next-generation Orion main engine.

“That design and development phase is underway right now,” Raine said. “We’re going through a series of component PDRs [preliminary design reviews], and some of those components will likely be worked in Redmond. That’s not formal yet, but we are looking out into the future.”

The next-gen engine isn’t scheduled to go into service until somewhere around Artemis 7, which is currently slated for 2029. That may sound a long way off — but at Aerojet, the time for thinking ahead is now.

The Convenience of Playing at an Online Casino: How to Get Started

Still experimenting, not yet mandating return to office – GeekWire