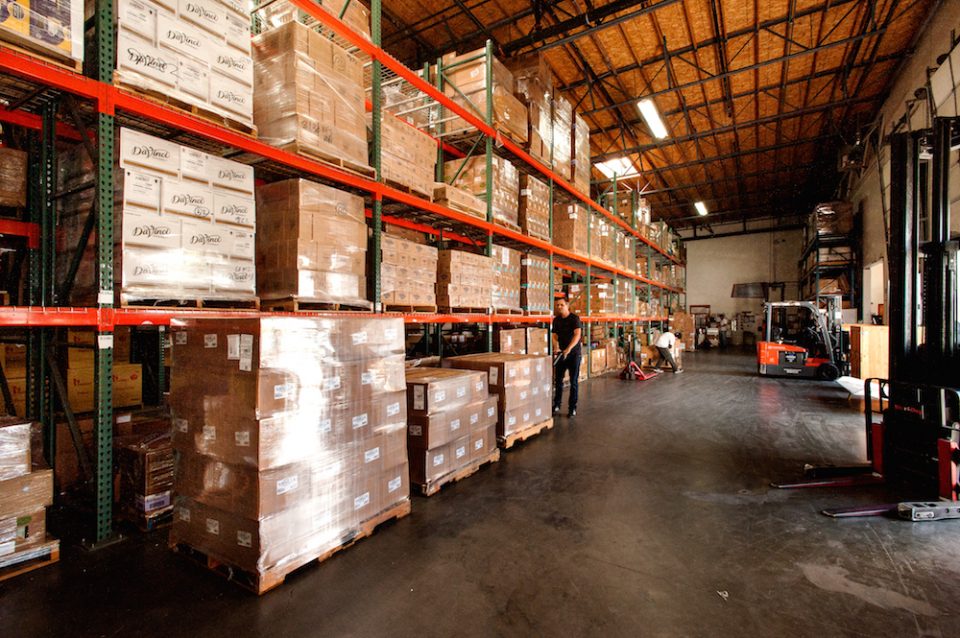 The news: Flexe is the latest to join Seattle’s unicorn club. The 9-year-old company just raised a $119 million Series D round to push its valuation past $1 billion. Demand for the company’s warehousing technology continues to grow, with revenue doubling year-over-year to date. As some startups lay off workers and cut expenses amid a potential recession, the economic uncertainty is actually a tailwind for Flexe’s business.

The details: Flexe got its start by offering on-demand warehousing space for online retailers, helping them turn what was traditionally a fixed expenditure (long-term leases) into a variable cost (pay as you go, for what you need). It gives companies the ability to scale their logistics needs up or down depending on their supply and demand.

The pandemic and ongoing supply chain chaos drew more companies to Flexe’s flexible model. Six of the ten largest U.S. retailers are Flexe customers. The startup, ranked No. 19 on the GeekWire 200, has since expanded its technology offerings to meet other needs, including transportation and fulfillment for both online and physical retailers.

Funding to logistics startups such as Flexe nearly doubled year-over-year in 2021.

The business: Companies with logistics needs come to Flexe, which then syndicates opportunities to its network of warehouse operator partners that bid on providing services. Both sides of the marketplace use Flexe’s technology. “We’re creating value for customers. We’re also creating value for the operators,” said Flexe CEO Karl Siebrecht.

The competition: Siebrecht said there aren’t other companies addressing the same set of large enterprise customers. He pointed to Deliverr, the logistics startup Shopify acquired for $2.1 billion in May, but said it addresses smaller retailers. Amazon also recently introduced a new “Buy with Prime” program to let online merchants use its fulfillment network to deliver orders. But Siebrecht said Flexe targets a different market and also works with physical retailers.

Speaking of Amazon: The Seattle tech giant made headlines earlier this year after it added warehouse space faster than the company ultimately needed in response to the challenges of the pandemic, outpacing consumer sales and resulting in an extra $2 billion in costs in the first quarter.

In some ways, Amazon’s forecast hiccup is a value proposition for Flexe.

“There are so many variables in your forecasts that are unknowable,” Siebrecht said. “And so I think that’s a great example of the crux of the issue.”

The round: Siebrecht said this was the company’s most challenging round to raise, given that venture capitalists are growing more cautious of the economy and looking more closely at a path to profitability.

“It’s a very challenging macro-environment for raising capital, but a really tremendous outcome for Flexe,” Siebrecht said. “It’s all because the business is performing so well.”

What’s next: The economy may be boosting Flexe’s business, but the uncertainty is still a cause for concern.

“We’ve never operated in a recession. We don’t know what that’s going to do to our business,” said Siebrecht, a finalist for CEO of the Year at the GeekWire Awards.

Profitability is also on the CEO’s mind.

“We’ve raised a lot of capital, which is great, but we need to be really smart about how we manage that cash given the market uncertainty. We have to make investments in scalable growth — not just growth itself,” he said.

Siebrecht, former CEO of AdReady, was previously president of aQuantive’s Atlas technology division, and then a Microsoft general manager. He co-founded Flexe with Edmond Yue and Francis Duong after they attended a housewarming party and met an entrepreneur who complained about finding warehouse space for his barware company. Duong left the company earlier this year to lead a secretive new Web3 startup.

Total funding is $265 million to date. The company has 463 employees and is hiring.