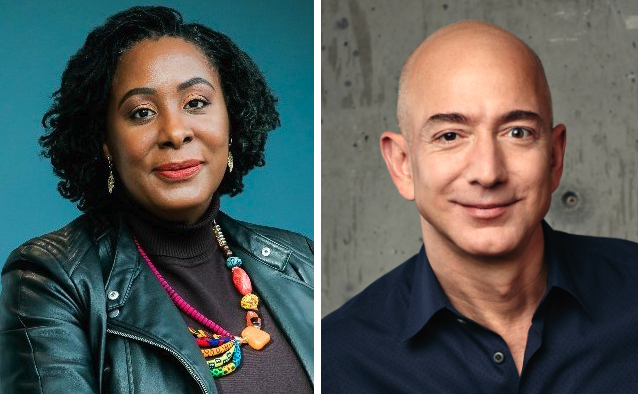 A professor whose tweet about Queen Elizabeth II was called out by Amazon founder Jeff Bezos, among others, has been rebuked by the university where she works.

Dr. Uju Anya, a professor in the Department of Modern Languages at Carnegie Mellon University, tweeted Thursday when news reports initially said the queen was in grave condition.

“I heard the chief monarch of a thieving raping genocidal empire is finally dying. May her pain be excruciating,” Anya said.

On a day when everyone from world leaders to random brands in the U.S. were sharing condolences for the queen online, Bezos tweeted his own displeasure at Anya’s sentiment.

She shot back at the former Amazon CEO in his replies, writing, “May everyone you and your merciless greed have harmed in this world remember you as fondly as I remember my colonizers.”

It wasn’t the first time Anya had mixed it up, in an indirect way, with Bezos. In August she tweeted a picture of herself with Chris Smalls, the union organizer in New York who led the first organized labor victory at an Amazon warehouse facility.

And later Thursday, Carnegie Mellon issued a statement about the professor’s posts, saying that the university did “not condone the offensive and objectionable messages.”

She holds a PhD in applied linguistics from UCLA, an MA in Brazilian studies from Brown University, and a BA in Romance languages from Dartmouth College.

Anya is from Nigeria, which was a British colony until 1960.