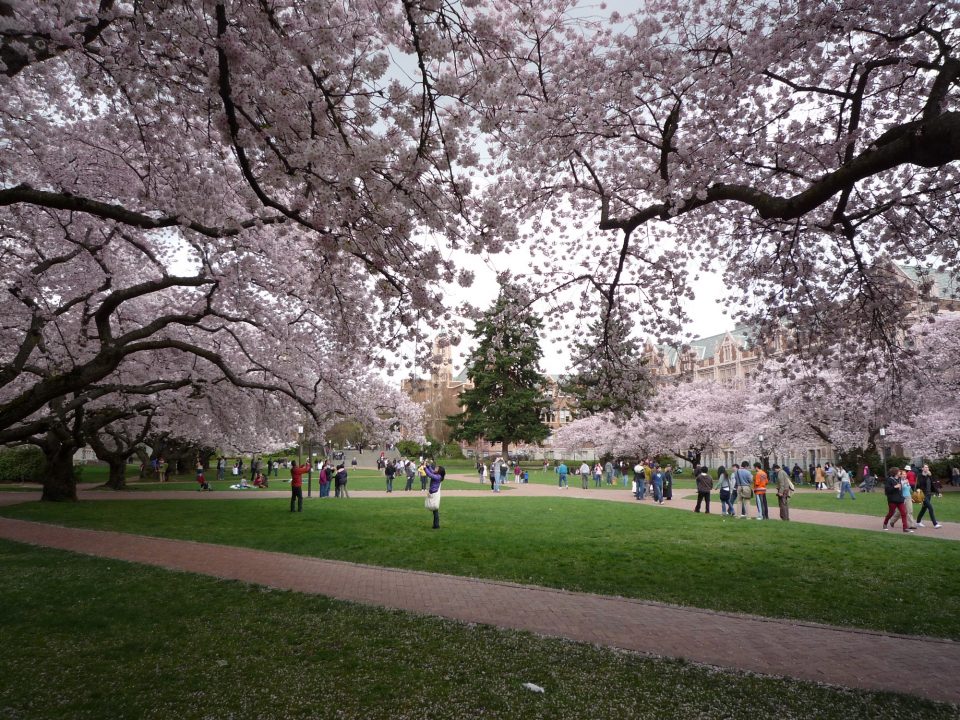 The University of Washington on Thursday announced that it will divest its multi-billion dollar endowment from fossil fuel companies by 2027. The university pledged that its overall investment portfolio would reach net-zero carbon emissions by 2050.

The resolution from the UW’s Board of Regents also commits to a goal of investing at least 2.5% of its endowment in companies working to address climate change.

The endowment totaled $4.7 billion in June 2021, the most recent data available.

“The Board of Regents recognizes the gravity and the urgency of the situation with respect to climate change. With this resolution, the Board wishes to avoid greenwashing and to take meaningful action,” said board chair David Zeeck in a statement.

Nationwide, coalitions of university students and faculty have for years been pushing their institutions to stop investments into companies that were helping drive climate change. In 2015, the UW agreed to divest about $2 million from coal companies, a move dubbed “symbolic” by the university itself.

In response, the university formed the Advisory Committee on Socially Responsible Investing, which met from last September until April. The committee shared its recommendations with the board in the spring, concluding that the shift from fossil fuels should not impede strong financial returns for the endowment.

“On the contrary,” the committee wrote, “we saw compelling evidence that investing in a low carbon future may be an important source of future gains for the UW portfolio.”

“Moves like this are necessary to restore our faith in institutions during a crisis which will define the next several generations,” said Brett Anton, a member of Institutional Climate Action and recent UW graduate, in a statement.

But the group went on to criticize aspects of the deal they found troubling. The Institutional Climate Action group had called for full divestment by 2025, a faster timeline that was supported by the university’s own advisory committee.

And the group shared concerns about a provision that called for the disinvestment in funds focused on fossil fuels, but offered a caveat “for firms contributing to the sustainable energy transition.” The Institutional Climate Action group noted that many traditional fossil fuel companies have repositioned themselves as players in the move to cleaner energy.

By vowing to divest in fossil fuels, the UW joins more than 80 U.S. colleges and universities that have taken similar actions, according to the nonprofit Global Divestment Commitments Database.

On the West Coast, schools that have fully divested include the California public university system, Seattle University, University of Oregon, Oregon State University and Whitman College in Eastern Washington.

Harvard made headlines last September when it announced that it would stop investing in fossil fuel companies. The elite private university has an endowment of more than $41 billion.

But many iconic institutions are yet to take such strong actions. Earlier this year, student groups at Yale, Princeton and Stanford universities and the Massachusetts Institute of Technology filed legal complaints with the attorneys general in each of their states in an effort to pressure their universities to divest from fossil fuels. The effort is being supported by the Climate Defense Project.