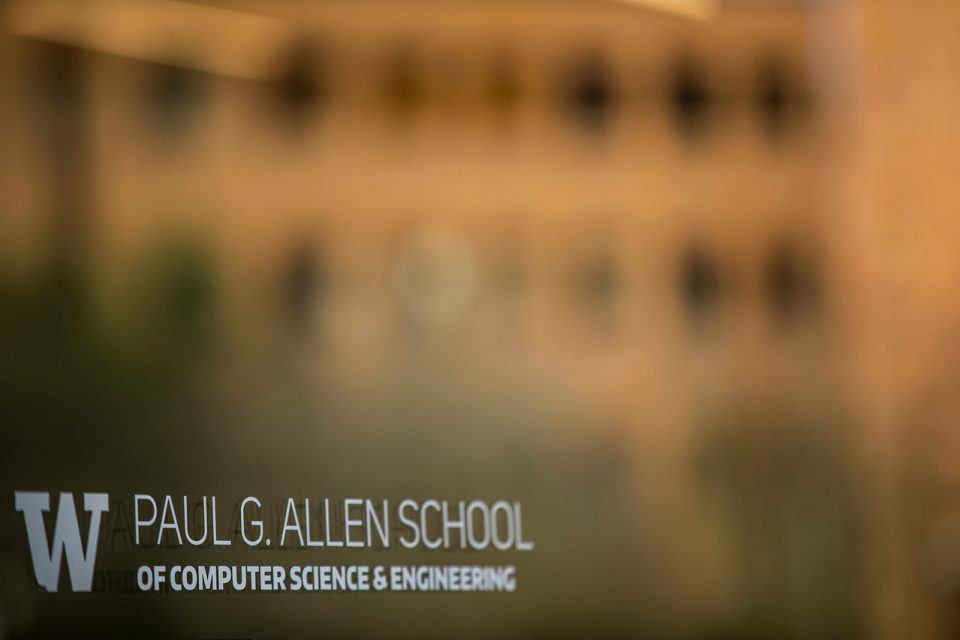 University of Washington leaders filed a motion Monday to dismiss a lawsuit brought by an instructor who created his own land acknowledgment statement on the syllabi of courses he taught.

The Paul G. Allen School of Computer Science & Engineering suggests that faculty include an optional indigenous land acknowledgement on syllabi, proffering language that “acknowledges the Coast Salish peoples of this land.”

Stuart Reges, a teaching professor at the Allen School, crafted his own statement this past winter: “I acknowledge that by the labor theory of property the Coast Salish people can claim historical ownership of almost none of the land currently occupied by the University of Washington.”

According to the motion, the UW does not permit land acknowledgement syllabus statements that “veer from the suggested factual statement into position statements.” The court filing describes Reges’ statement as “politically charged.”

Reges filed a lawsuit in July claiming that UW leaders violated his free speech rights by asking him to take down the statement and removing it from the online version when he refused. He also said he was made “a pariah” and discriminated against by UW leaders, who initiated a committee investigation into whether he violated the faculty code of conduct.

The new motion, filed in the U.S. District Court for the Western District of Washington, counters that the university did not violate Reges’ free speech rights. Instead, the motion asserts that the defendants “did nothing but enforce a reasonable restriction on speech in official university documents.”

The new motion argues that previous rulings protect speech “related to scholarship or teaching” and that a syllabus land statement instead reflects UW policy on a “university-sanctioned” document. The suggested statement was developed over several years with input from the university’s tribal liaison, according to the suit.

In a Jan. 4 email included with the filing, Allen School director Magdalena Balazinska asked Regis to take down his statement, calling it “inappropriate” and “offensive.” She added: “You are welcome to voice your opinion and opposition to land acknowledgments, as you have, in other settings.”

UW leaders did not object to Regis voicing his views in other venues, such as by posting the statement on his UW office door, according to the motion.

“The University of Washington and the administrators named in this litigation are committed to the principles of freedom of speech, expression, and academic freedom,” UW spokesperson Victor Balta said in a statement shared with GeekWire on Tuesday.

“These principles are applied without regard to political viewpoint. In fact, Reges has and continues to express his views on land acknowledgments openly on, for example, his uw.edu email signature block and on the door to his University office,” added Balta. “The university’s only request was that professor Reges remove his personal, political opinion from an official University syllabus on a subject unrelated to the content of his computer science and engineering class.”

Gabe Walters, an attorney with the Foundation for Individual Rights and Expression (FIRE), which filed the lawsuit with Reges, said in a statement provided to GeekWire: “This is not unexpected, and we don’t expect the court to buy UW’s attempt to weasel out of wrongdoing.”

“Colleges cannot ask faculty to wade into a controversy, then punish them for swimming against the current. We’re looking ahead to continuing this fight to defend Professor Reges and faculty rights everywhere,” added Walters.

The UW received a “deluge” of complaints about the statement from students, according to the motion. The university also offered a separate section of the course, taught by another instructor, to accommodate students who were offended by his statement. More than 30% of students transferred to the new class, according to the suit.

UW leaders began to assemble a committee to investigate whether Regis had violated UW standard of conduct rules in the spring after Regis said on an UW listserv that he would include the statement in a spring course, the suit notes.

Reges included the statement in the syllabus for the spring Engineering 143 course — a required course for computer programming students — and the Allen School again offered an alternative section, according to the motion. The motion also said the UW has successfully asked other faculty to remove land acknowledgement statements that “veered from factual statements to political statements.”

“Professor Reges has not claimed — nor could he — that he was removed or suspended from his teaching position, or that his salary was impacted. There has been no material adverse action against Reges, and he continues to lecture at the Allen School to this day. Therefore, the University maintains that his claims should be dismissed,” said Balta in the UW statement.

Reges, who is not on a tenure track, has been a UW instructor since 2004. We’ve reached out to Reges for comment and will update this story if we hear back.

Univ. of Wash. files motion to dismiss suit by computer science instructor over land acknowledgements by GeekWire on Scribd

5 Ways To Leverage Technology In Your Aesthetics Practice