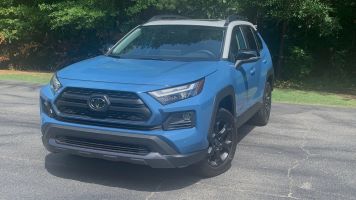 
The Toyota RAV4 is a compact crossover SUV, a model available in standard, hybrid, and plug-in hybrid configurations. It now outsells the midsize Camry sedan and compact Corolla sedan and hatchback and is one of the best-selling vehicles in America.

With such a strong nameplate driving sales, the automaker is taking the RAV4 to places it hasn’t gone before. Namely, to the off-road where most crossovers fear to tread. A special RAV4 Off-Road class is now part of the model line, a grade level we reviewed here last year and recently took off-road this year. Where previously we had big doubts about its off-road worthiness, we’ve since amended our thinking to give it a qualified thumb’s up. Read on to learn what changed our minds and what reservations we still have about this special version.

For this review, we’re looking at the gas model only. Toyota prices the 2022 RAV4 from $26,975, plus a $1,215 destination fee. This vehicle comes in LE, XLE, Limited, Adventure, and Off-Road grades. The first three grades come with standard front-wheel drive and available all-wheel drive. The Adventure and Off-Road grades are all-wheel drive only. When fully equipped, a RAV4 might cost as much as $42,000, including the delivery charge.

Every RAV4 comes with a 2.5-liter four-cylinder engine with 203 horsepower and 184 pound-feet of torque. These are strong numbers and are among the best in this class for naturally aspirated engines. Power routes to the wheels utilizing an 8-speed automatic transmission. Toyota could have gone the continuously variable transmission route, but we are glad they did not. Especially for any kind of off-road punishment.750 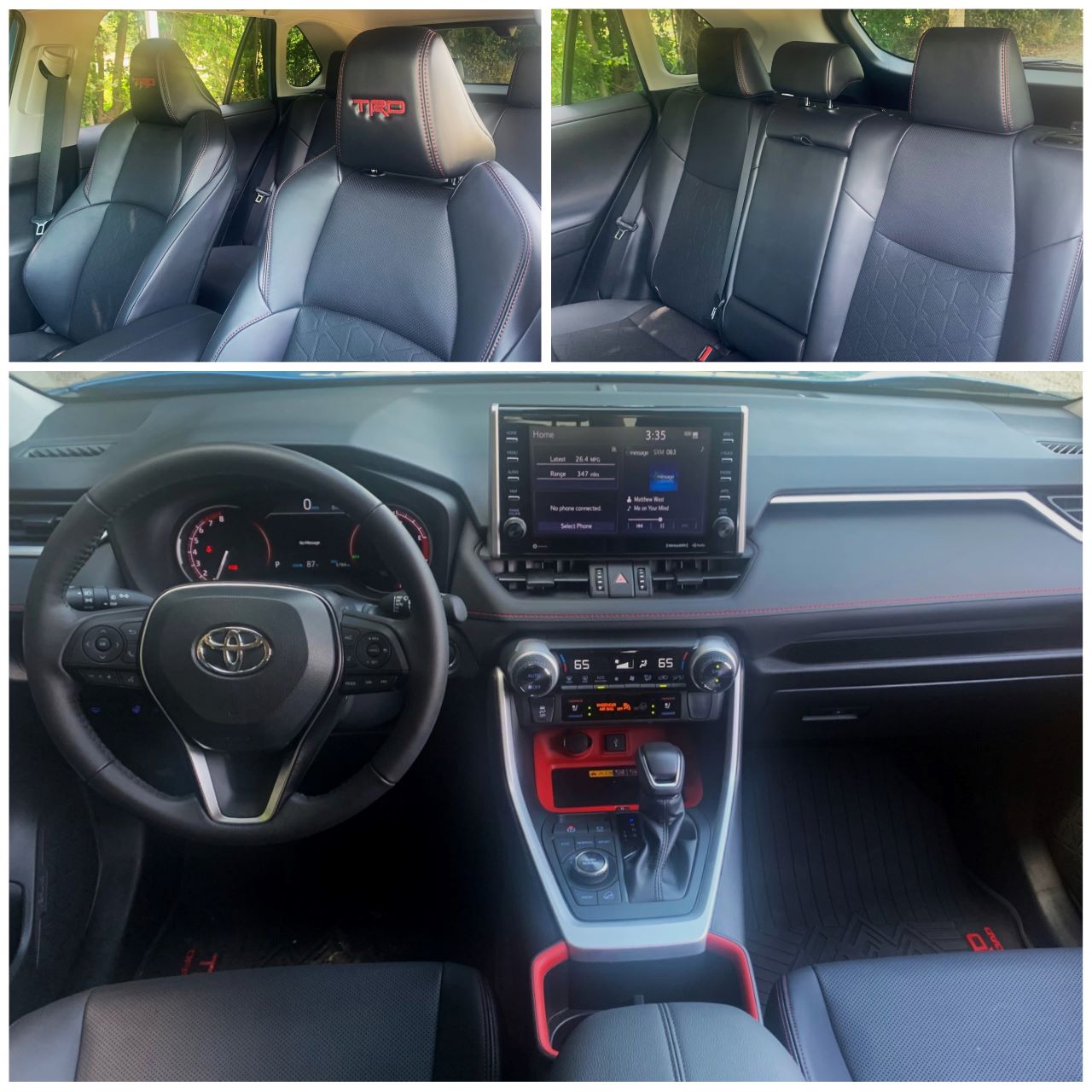 We Have a Question

Before we dissect the RAV4 Off-Road trim, a question needs to be asked and answered. Specifically, why would Toyota offer such a model? The answer is easy – its competitors do. We already have the Subaru Outback Wilderness and the Jeep Cherokee Trailhawk. More recently, the Ford Bronco Sport arrived, demonstrating that there is space in the crossover sphere for models that are suitable for mudding.

But to get to go places where the typical crossover shouldn’t go meant that special modifications were necessary. In particular, the TRD-specific 18-inch wheels with Falken Wildpeak A/T Trail 01A tires supply improved grip and extraction on muddy terrain. Further, Toyota tweaked the suspension system to squeeze through rough patches with ease. As for ground clearance, there is no difference between this trim and most other RAV4 grades – it offers 8.6 inches.

What this RAV4 does not have is a rear locking differential or low gearing. These are features common to traditional SUVs with four-wheel-drive systems. They’re also essential for rigorous off-road adventuring where the chances of getting stuck are high. Instead, Toyota supplies additional gear settings for mud and sand as well as rock and dirt. Again, it isn’t a true 4Lo system, but it mimics one, nevertheless.

You also won’t find underbody cladding such as a steel skid plate to protect the fuel tank. We can imagine someone taking this crossover on the same trails as Toyota 4Runner, thinking they have an equivalent off-road warhorse. Clearly, they would be making a major mistake. And if you do get stuck? There are no tow hooks present. This crossover isn’t designed for them. 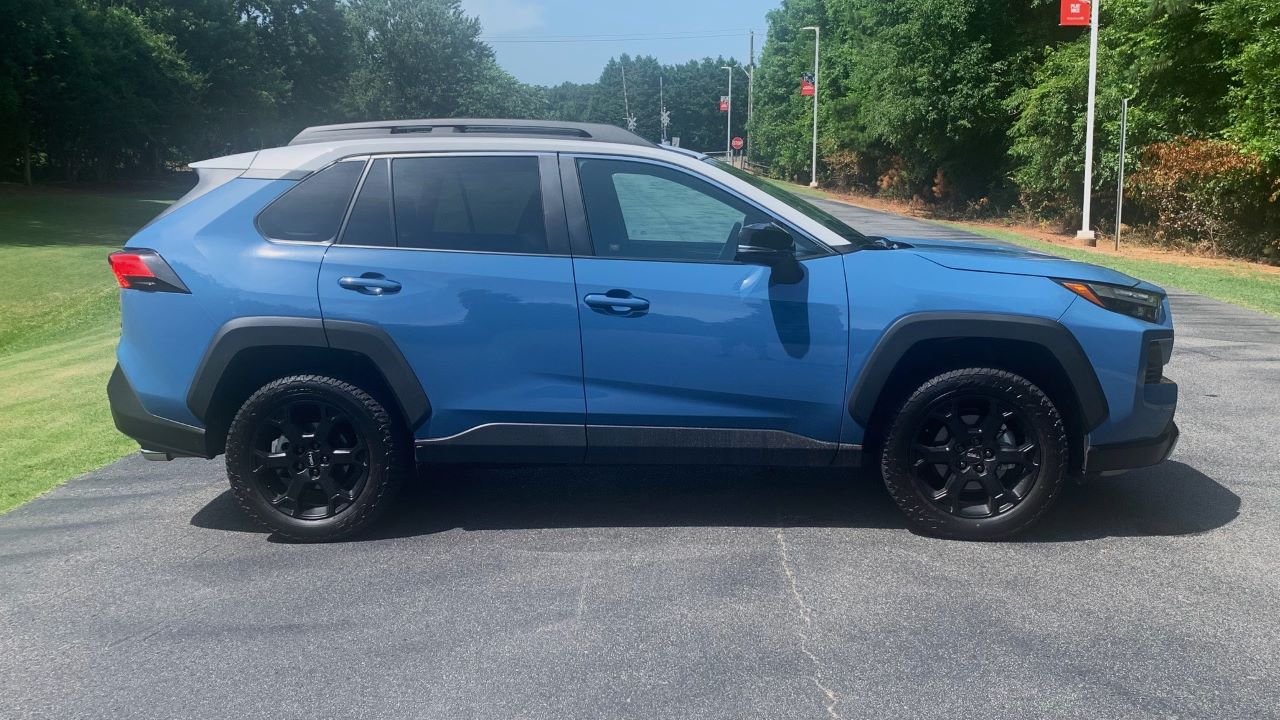 The RAV4 in any grade is a comfortable, roomy, and enjoyable crossover. On the road, that is. Handsome looks, a clean cabin, and a spacious and versatile cargo compartment are among its chief attributes. It also has a 1,500-pound tow rating or 3,500 pounds with the Adventure and TRD Off-Road trims. Most Toyota fans, though, opt for a Tacoma when towing this size vehicle. The Tacoma is rated to pull from 3,500 to 6,800 pounds. Also, the 4Runner comes in at 5,000 pounds. Still, the towing number for the RAV4 Adventure and TRD Off-Road is laudable.

Our earlier reservations about this grade’s off-road capabilities were eased when we tested one while in Texas. That Texas event was part of the national press preview of the all-new 2023 Toyota Sequoia SUV. Besides the Sequoia, Toyota had the 4Runner, Tacoma, and Tundra on hand to test on its off-road course. We noticed the RAV 4 was included with the test fleet, but a separate course was designed exclusively for it. In other words, where the tough, body-on-frame models were put through the rigors of axle articulation, the RAV4 climbed a rock outcropping before navigating the same muddy trail as the other vehicles.

The RAV4 acquit itself as it slowly but steadily made its way forward. Similarly, in tests conducted locally, we found the TRD Off-Road playful on a variety of surfaces, including gravel. Indeed, just when this crossover seemed as if it would lose grip, power shifted from the front to rear wheels to hold it steady. We limited our adventuring to well-worn paths, avoiding the mud sloughs that can challenge even the most rigorous SUVs.

The all-terrain tires are a significant difference maker here as they plowed through terrain with ease. Coming out on the other side and you’ll find a substantial amount of mud splatter on the RAV4’s sides. Follow a capable lead vehicle and you might feel comfortable going places you’d otherwise avoid if alone. 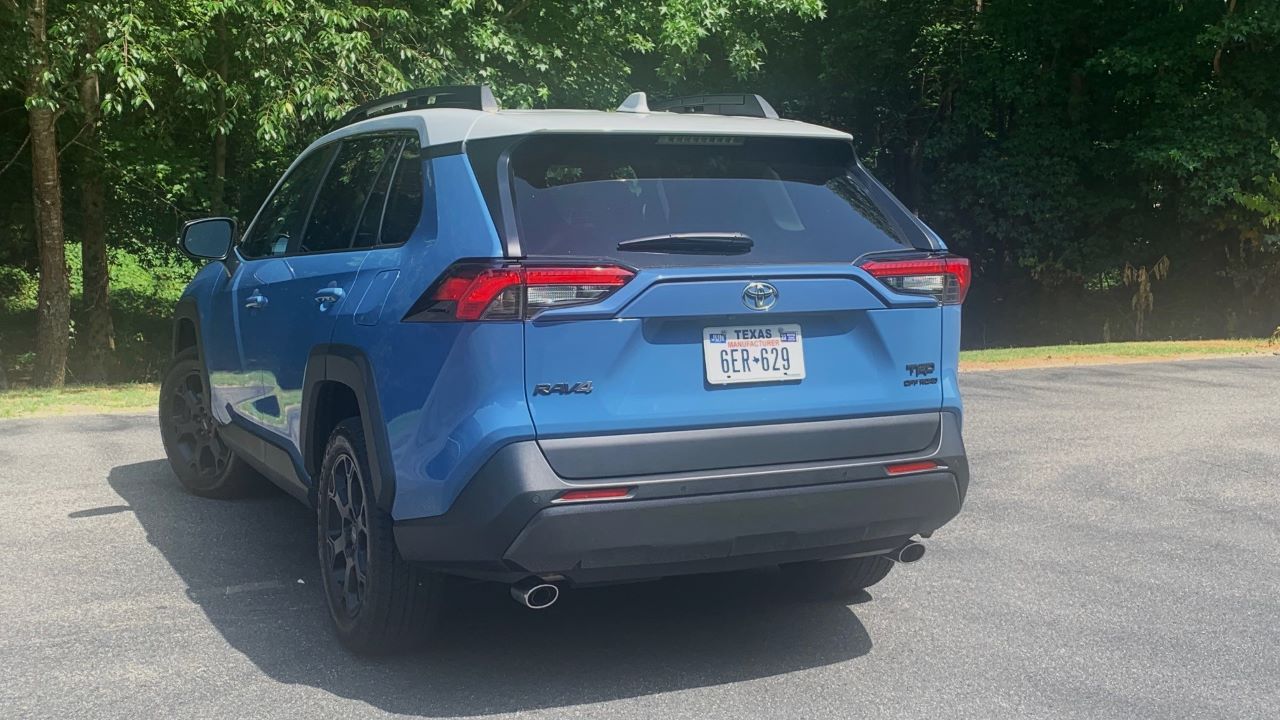 So, take the RAV4 Off-Road on well-worn paths, through shallow puddles, and up and down light rock outcroppings. Interestingly, Toyota shares approach (19 degrees) and departure (21 degrees) angles, but not the breakover angle. Perhaps Toyota recognizes the RAV4 might break as it climbs over certain obstacles. Or at least the fuel tank might get punctured. Here in North Carolina, off-road adventuring is widely available, but taking this model to the trails of Uwharrie National Forest or on the sands of the Outer Banks is not wise.