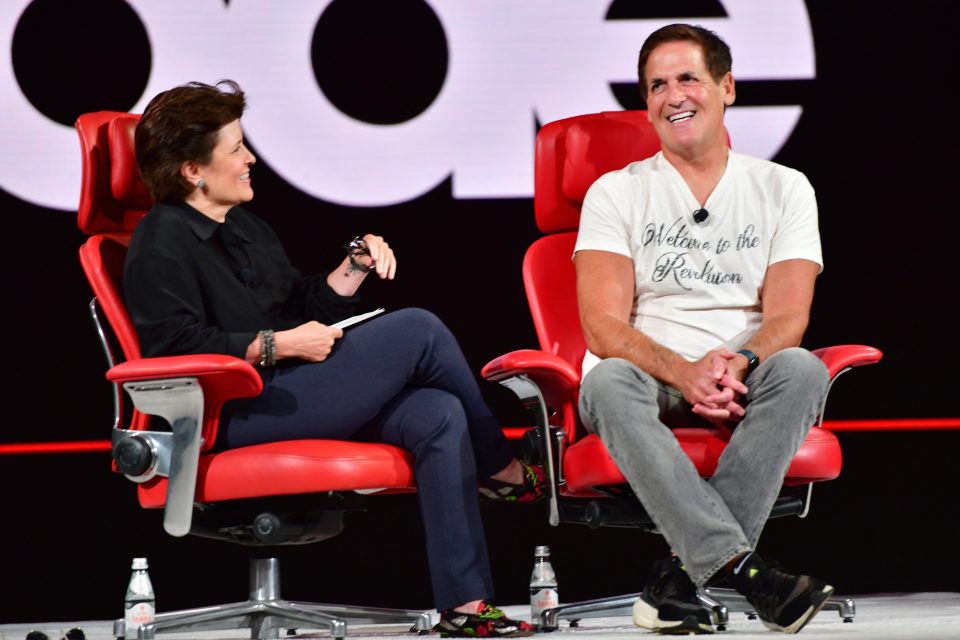 Amazon built an e-commerce empire by cutting prices for customers, surviving for years on the mere promise of future profits for investors. So there was no small irony in Mark Cuban’s comment at the Code conference in Beverly Hills on Tuesday, when journalist Kara Swisher asked him about Amazon’s move into healthcare.

“I look at Amazon and say, their margin is my opportunity,” Cuban said.

The nuts-and-bolts economics of his business model, which sidesteps pharmacy benefits managers to negotiate wholesale prices directly with drug manufacturers, was the initial focus of Cuban’s appearance, opening what’s billed as Swisher’s final year hosting the signature conference that she founded with Walt Mossberg.

But then Swisher lit Cuban’s competitive fires with some of her trademark on-stage jousting, prodding the serial entrepreneur for his take on Amazon’s proposed $3.9 billion acquisition of primary care provider One Medical.

“They’re a big company, and in health care, particularly with medications, it’s hard to be lean and mean,” Cuban said. “And that’s what we are.”

Amazon has been in the pharmacy business for several years, starting with its $753 million acquisition of prescription-by-mail company PillPack in 2018. The company launched its Amazon Pharmacy service in November 2020.

Cuban then turned to the subject of Amazon’s One Medical acquisition: “In terms of them getting into services, I think it’s great. But you’ve got to put on a different hat with Amazon, because they have so many employees, they can be their own customer, and it can be worthwhile.”

That was Amazon’s approach with its Amazon Care primary health-care services, which launched in 2019 as a pilot program for employees. Amazon Care expanded to non-Amazon employees across the nation last year, but Amazon recently announced plans to end the service, saying it couldn’t come up with the right solution for corporate customers.

In the healthcare industry overall, Cuban said the key for Amazon will be to bring transparency to the notoriously opaque U.S. system.

“They’ll buy the companies to see what the actual costs are, and I think be able to do a better job because they can afford to take risks and do what they do,” he said. “They’re great at productizing things that they introduce internally.”

Amazon’s own strength in eliminating middlemen is another characteristic that the company could bring to bear in healthcare, as startup veteran Mike McSherry, CEO of Seattle digital health company Xealth, explained in this earlier GeekWire report analyzing the pending One Medical deal.

But ultimately, Cuban told Swisher, Amazon doesn’t have a lot to lose.

“If I had 2 million-plus employees, and my cost of caring for those employees was $6 billion, and I could buy this company for $3 billion, and cut my operation enough to make it worthwhile, everything else is gravy.” he said.

For the record, Cuban is rounding up in his reference to Amazon’s employee base, which is actually closer to 1.5 million, but point taken. No doubt this will be one of topics Swisher grills Amazon CEO Andy Jassy about during his appearance later in the Code conference.