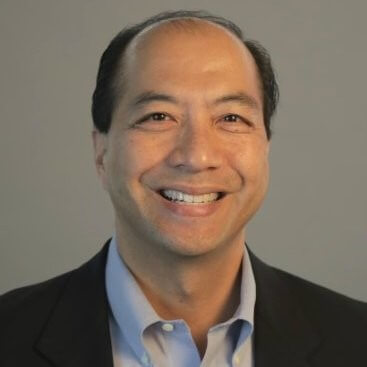 In August, H.R. 5376, the Inflation Reduction Act of 2022 (IRA), was passed via partisan votes by both chambers of Congress and signed into law by President Joe Biden. Senate Majority Leader Chuck Schumer (D-N.Y.) described the $739 billion climate, tax and health bill “as one of the defining legislative feats of the twenty-first century,” and Biden similarly touted the IRA as “one of the most significant laws in our history.”

While its climate change provisions captured top billing, the IRA is also arguably the most impactful health legislation since the Patient Protection and Affordable Care Act of 2010.

Hospitals and health systems have long advocated for lower prescription drug prices. In March, in a statement to the Senate Finance Committee, the American Hospital Association contended that prescription drug price inflation constituted “an urgent need to lower drug prices in Medicare.” The AHA statement advocated for increased competition and innovation, greater drug pricing transparency, inflation-based rebates for Medicare drugs, and protection of the 340B Drug Pricing Program. However, the hospital association stopped short of advocating for Medicare negotiation of prescription prices.

As the centerpiece of the IRA’s various drug pricing reforms, Medicare is allowed to “negotiate” what it will pay for many single-source branded drugs that account for the highest total expenditures for Medicare. In practice, Medicare will be able to dictate those prices. Starting next year, Medicare will negotiate directly with pharmaceutical companies to set the maximum fair price (MFP) for certain prescription drugs, with application of the negotiated prices starting in 2026 for 10 negotiation-eligible drugs from Part D.

In theory, lower prices for Part B drugs would benefit providers, including hospital outpatient departments, that employ the buy-and-bill model, by tying up less upfront capital for purchases of drugs. But it is not at all certain that providers will be able to purchase drugs at the MFP rates. The IRA sets provider reimbursement at MFP plus 6% rather than the former average sales price (ASP) plus 6%. (The 6% is an add-on payment to cover a variety of fixed overhead costs borne by providers, including expenses associated with working capital, storage, shipping, handling, inventory management, IT infrastructure, patient bad debt, and compliance.)

If providers cannot procure drugs at the MFP rates, then Medicare’s reimbursement would be below what they paid for the drugs. Ryan Urgo, managing director of the policy practice at consulting firm Avalere Health, commenting on the IRA, concluded, “If you are buying high and getting paid low you are, in essence, underwater.”

The Community Oncology Alliance (COA) has also voiced concerns about the reduction in provider reimbursements implicit in the IRA’s Medicare prescription drug price negotiation provision. Ted Okon, COA executive director, warned in a statement made in July, when the IRA was introduced to Congress, “History has clearly documented that bluntly cutting Medicare payments like proposed in the reconciliation bill, will lead to cancer practice closures and consolidations.”

Sen. John Barrasso (R-Wyo.) proposed an amendment to the IRA that would have required pharmaceutical companies to rebate the government any excess costs above the negotiated prices (presumably paid by providers). Unfortunately, the amendment was not agreed to before the final passage by the Senate on Aug. 7. Most likely, rulemaking will be required to resolve this salient issue.

Medicare negotiation of prescription drug prices also has the unintended consequence of adversely impacting the 340B Drug Pricing Program. The program requires pharmaceutical companies participating in Medicaid to sell outpatient drugs at discounted prices to healthcare organizations known as covered entities (CEs) that care for many uninsured and low-income patients. It allows 340B hospitals to stretch limited federal resources to reduce the price of outpatient drugs for patients and expand health services to the patients and communities they serve. While 340B CEs will be able to purchase drugs at the lower of the 340B price or MFP, since the prices of some of the most-costly drugs will decrease significantly, the absolute value of the 340B spread (savings margin) will also decrease over time, as more drugs will be subject to price negotiation.

Since the drugs that would be negotiation-eligible for implementation in 2026 are unknown and the prices that will be dictated by Medicare have not been set, modeling of the impact on the 340B Program is not feasible. In addition, the impact on 340B CEs will vary significantly, depending on numerous factors, including their mixes of patients, drugs, and payers.

It is often said, especially with regard to lengthy pieces of legislation such as the 725-page IRA, that “the devil is in the details.” This new law is no different, and the potential negative impacts of it on many healthcare providers are significant and need to be addressed.

Some Different Medical Conditions That Can Benefit From CBD Treatment

Role of AI In The Pharmaceutical Industry