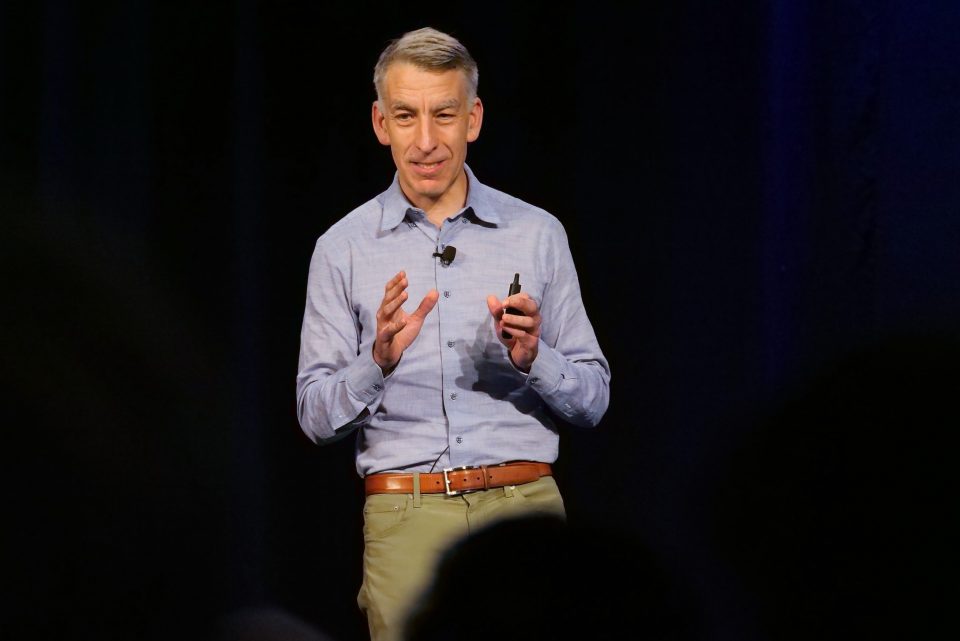 The U.S. housing market continues to show signs of weakening, impacting Seattle real estate tech companies such as Zillow Group and Redfin. And the trend may continue.

“We think that the housing market could get worse,” Redfin CEO Glenn Kelman said during the company’s earnings call Wednesday. “We haven’t seen U.S. home sales dip below 4 million units a year in decades — and the U.S. population has grown.”

Redfin missed its third quarter earnings expectations and earlier Wednesday announced it would lay off employees for the second time this year, eliminating 862 positions, or 13% of its workforce.

The company also said it plans to shut down its home-flipping “iBuying” program RedfinNow.

The cost-cutting measures are a response to a broader housing market downturn due in part to rising inflation and mortgage rates. Single-family housing starts, which indicates the groundbreaking of a new home foundation, dropped nearly 19% in September. The amount of building permits allocated fell 17%. And existing-home sales are down nearly 24% from the same period last year.

“We plan to keep increasing our share of the market, but that market in 2023 is likely to be 30% smaller than it was in 2021,” Kelman wrote in a memo to employees Wednesday. “The June layoff was a response to our expectation that we’d sell fewer houses in 2022; this layoff assumes the downturn will last at least through 2023.”

Redfin axed 8% of its workforce in June. The company’s headcount has dropped 27% since April.

“Housing companies are in the jungle now, but Redfin has been there before and come out stronger,” Kelman said in a press release detailing the earnings.

The Seattle real estate giant reported revenue of $600.5 million through the three months ended Sept. 30 and a net loss per share of $0.83, which both narrowly missed analyst expectations of $603 million and $0.80, respectively.

Redfin stock fell more than 10% Wednesday but bounced back Thursday. Shares are down nearly 90% this year.

RELATED: Redfin to cut 13% of workforce and shut down home-flipping business RedfinNow

The decision to shut down the iBuying program eliminates Redfin’s largest liability and source of cash burn, RBC Capital Markets analyst Brad Erickson wrote on Wednesday. He added, “given the losses across the business and investors’ likely liquidity concerns with $300M of homes still on the balance sheet, it was a critically important decision.”

Redfin is one of a handful of real estate companies that invested heavily in iBuying to make real estate transactions more seamless. But it’s proving to be a difficult business, particularly with the market slowdown.

Zillow Group last year shut down its own iBuyer arm, Zillow Offers, resulting in a $405 million write-down and a 25% workforce reduction. Opendoor, the leading iBuying company, laid off 18% of its workforce earlier this month and reported a nearly $1 billion loss in the third quarter.

In the third quarter, Redfin sold 530 homes through RedfinNow, with an average sale price of $550,903. That accounted for nearly half of its total revenue during the period.

Redfin said it recorded an $18 million write-down related to RedfinNow for its third quarter earnings, “as a result of purchasing homes during 2022 at higher prices than RedfinNow’s current estimates of the values if we were to sell the homes as of September 30, 2022, net of selling costs.”

Redfin’s inventory value of its homes at the end of October was approximately $265 million, with another $92 million under contract to sell, filings show. The company expects to own less than $85 million in homes by the end of January, then completely rid its inventory of homes by the end of the second quarter of 2023. As a result of Redfin liquidating these houses, it will gain about $100 million in cash on its balance sheet, Kelman said.

“Laying off 862 colleagues and friends is heartbreaking,” Redfin CEO Glenn Kelman said in the earnings release. “But I feel relief about closing RedfinNow with relatively low losses.”

During the earnings call, Wedbush Securities analyst Jay McCanless was skeptical of Redfin’s plans to liquidate all of its homes before the third quarter of next year, citing Redfin’s “bearish” view of the overall housing market.

Redfin CFO Chris Nielsen responded by saying that the company is pricing the properties to be competitive to sell but at a price point that provides as much profit as possible.

“Hope is not a strategy here,” Nielsen added. “We’re not waiting for home prices to improve.”

Other highlights from Redfin’s third quarter financials include: