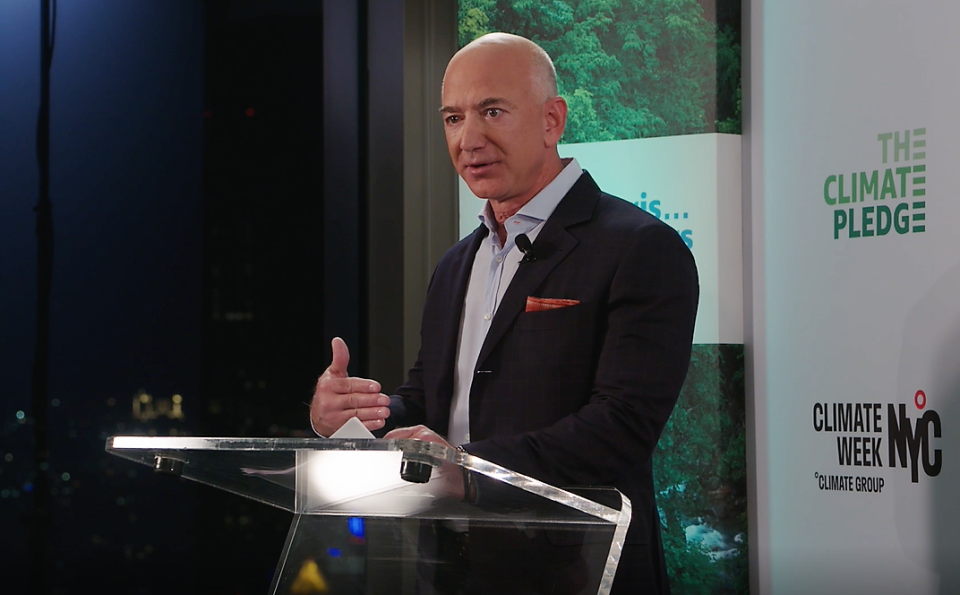 Climate change is starting to receive the funding and attention that some activists, scientists and policy makers have sought for decades. And a cadre of ultra-wealthy individuals are helping lead the charge, issuing millions of dollars in grants to nonprofit organizations.

At the top of the charitable heap are foundations created by Pacific Northwest billionaires whose wealth comes from the tech sector. Inside Philanthropy, a news and research company, recently compiled a list of the largest U.S. grant makers to environmental and climate causes in 2021.

Here are the top three on the list for the U.S.:

Bezos Earth Fund: The fund launched by Amazon founder and former CEO Jeff Bezos gave out $586 million in 2021 and grabbed the No.1 spot in the rankings. Bezos created the fund in February 2020 with a commitment to spend $10 billion in a decade. Grant recipients include donations to major international environmental organizations, initiatives to restore and preserve nature, and groups addressing environmental justice.

In 2022 the fund announced $287 million in grants, as well as an undisclosed sum contributed to a $1 billion ocean-related fund.

The foundation in 2021 gave $398 million toward agricultural development, which helps address climate adaptation in farming. Inside Philanthropy notes that $94 million granted to a water, sanitation and hygiene program could arguably also be included in the foundation’s climate tally, which has them in the No. 2 spot.

Yield Giving’s climate total and No. 3 ranking could be inflated, Inside Philanthropy said, as it includes organizations that self-identify as working on climate and environmental issues, even if those aren’t main priorities.

The Ballmer Group, a foundation launched by former Microsoft CEO Steve Ballmer and his wife Connie, announced in October that it was adding climate change as a focus area. The effort is being led by their son, Sam Ballmer, and kicked off with $217 million in grants to organizations tackling deforestation, electric vehicles and wildlife conservation.

When it comes to environmental grant making, “the billionaires are in charge,” wrote Michael Kavate in his Inside Philanthropy article last month.

“[T]he nation’s wealthiest people are now the ones both providing and calling the shots on how ‘America’s risk capital‘ — as philanthropists like to call it — confronts the myriad environmental crises we face,” he said.

Kavate notes that this marks a shift in environmental giving, which in the past would have been dominated by legacy foundations run by boards that often included few if any of its founders’ family members. Many of the top foundations today are led by the individuals who created them.

While these dollars are arguably supporting some important climate work, observers worry about ultra-rich individuals wielding so much influence in this critical sector. That impact extends beyond their philanthropy, as many of the billionaires are also investing in climate tech startup companies and pushing for pro-climate policies. These individuals are championing their own favored clean energy solutions and promoting carbon offset efforts some consider problematic.

“This kind of hobbyist approach has become a big factor in the way we are addressing climate change,” David Victor, co-director of the Deep Decarbonization Initiative at the University of California at San Diego, told the Washington Post in an article last month.

Victor noted that it would be better for public policy to be driving the action, but that isn’t happening anywhere in the world. “In some cases the billionaires are making real progress,” he said.

Bezos recently told CNN that he would give away the bulk of his wealth in his lifetime and climate causes would be a prime recipient of that largess, which is currently estimated at about $109 billion.

Among its initiatives, the Bezos Earth Fund is helping spearhead the Energy Transition Accelerator, a carbon offset plan announced in November by U.S. climate envoy John Kerry. The U.S. will develop the program along with the fund and the Rockefeller Foundation. The effort should help finance climate friendly projects, but critics worry that it also allows polluters to keep emitting carbon.

Gates, in addition to his eponymous foundation, also created Breakthrough Energy, a wide-reaching umbrella organization that promotes climate companies through grants and investments. Companies backed by Gates and Breakthrough — including those in nuclear fission and fusion — benefit from public policies being pushed by both.

Inside Philanthropy’s environmental donors list includes other notable tech names in its top 10:

Amazon makes staff cuts at Amp, the app it launched this year to ‘reimagine radio’ – GeekWire