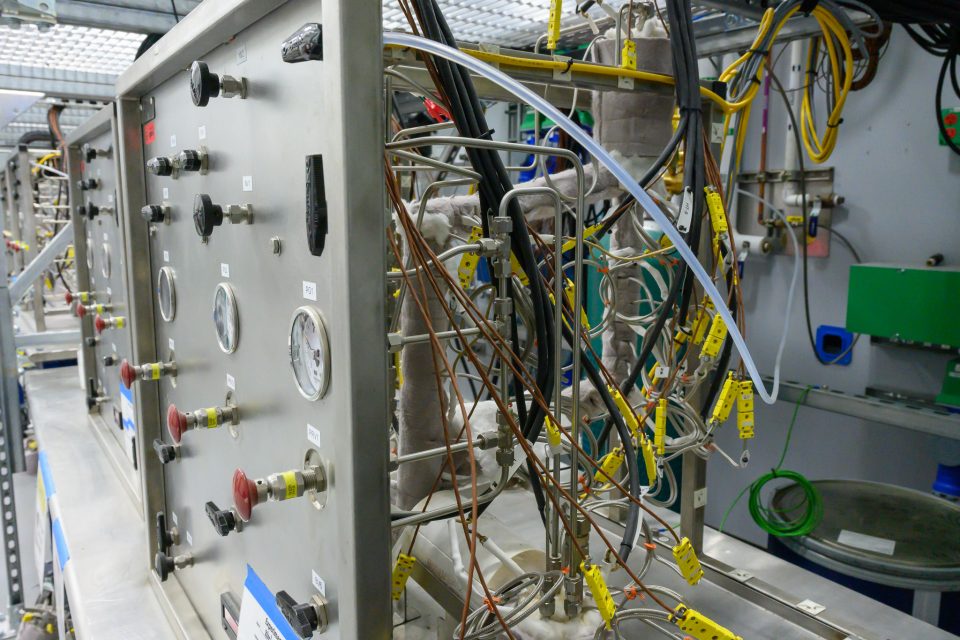 The CEO of the Bill Gates-backed nuclear power company TerraPower is warning that operation of its demonstration plant is expected to begin at least two years later its original target of 2028.

The Bellevue, Wash.-based company is building its $4 billion Natrium reactor in Kemmerer, Wyo., at the site of a soon-to-be-retired coal-fired power plant. Construction is still slated to begin next year. But the initial fuel for the reactor was supposed to come from Russia — and that option was scrapped after the invasion of Ukraine in February.

President Biden’s Inflation Reduction Act includes a provision supporting U.S. production of the nuclear fuel, which is needed by TerraPower and other nuclear ventures.

In a release last week from TerraPower President and CEO Chris Levesque, he said that his company, the U.S. Department of Energy, and allies in Congress had “aggressively explored potential alternative sources for HALEU” but that progress won’t come quickly enough.

“[I]t has become clear that domestic and allied HALEU manufacturing options will not reach commercial capacity in time to meet the proposed 2028 in-service date for the Natrium demonstration plant,” Levesque said.

In an interview with GeekWire in September, Marcia Burkey, TerraPower’s chief financial officer, acknowledged that questions about the demonstration project’s timelines and budgets were “a legitimate concern.”

But she didn’t share any planned delays for operations and was encouraged by government support in the form of budgetary provisions for HALEU manufacturing, as well as [DOE] demonstration awards that are helping finance TerraPower and Rockville, Md.-based X-energy, which is planning to build test reactors in Eastern Washington.

Levesque said this month that nuclear power advocates are urging lawmakers to include $2.1 billion of support for HALEU production in the end-of-year government funding package. The initial 2028 deadline for demonstration plant operations was set by Congress.

The company has raised more than $830 million in venture capital this year, and Congress has appropriated more than $1.6 billion for the demonstration project, according to Levesque.

Microsoft co-founder Gates co-led an investment round totaling $750 million announced in August. Other co-leads were South Korea-based SK Inc. and SK Innovation. In November, the company announced that it raised an additional $80 million from investors including steel giant ArcelorMittal and Korea Shipbuilding and Offshore Engineering, a Hyundai holding company.

The decision to site the reactor in Kemmerer appears to have been politically savvy for the company. Wyoming Sen. John Barrasso is taking an active role in lobbying on behalf of the project, including sending a letter to Sen. Joe Manchin, the Senate Energy Committee Chairman, requesting a hearing regarding HALEU, and writing Energy Secretary Jennifer Granholm, chiding the government for its slow pursuit of domestic HALEU production.

Despite the fuel delay, Levesque said that the company “expects minimal disruption” to the spring 2023 projected start-of-construction date and it will continue working on its licensing application and design work. He said an updated schedule for the effort is coming next year.

The Natrium device is a sodium-cooled fast reactor that includes a molten salt-based energy storage system. It will be able to produce 345 megawatts of power, and the energy storage system can be tapped for short-term boosts of power that bring the system up to 500 MW. At that maximum output, the plant will generate enough energy to power 400,000 homes.

TerraPower is also proceeding with a feasibility study to explore locations for up to five of its next-generation nuclear power reactors. That work is being done with PacifiCorp, a Portland-based utility with business units operating in Oregon, southern Washington, northern California, southeastern Idaho, Utah and Wyoming.

The fission reactors could be deployed by 2035 within the PacifiCorp service area, according to the companies. PacifiCorp’s parent company, Berkshire Hathaway Energy, is owned by Warren Buffett, a former trustee of the Bill and Melinda Gates Foundation.

Fusion energy industry calls on policymakers to prepare for future