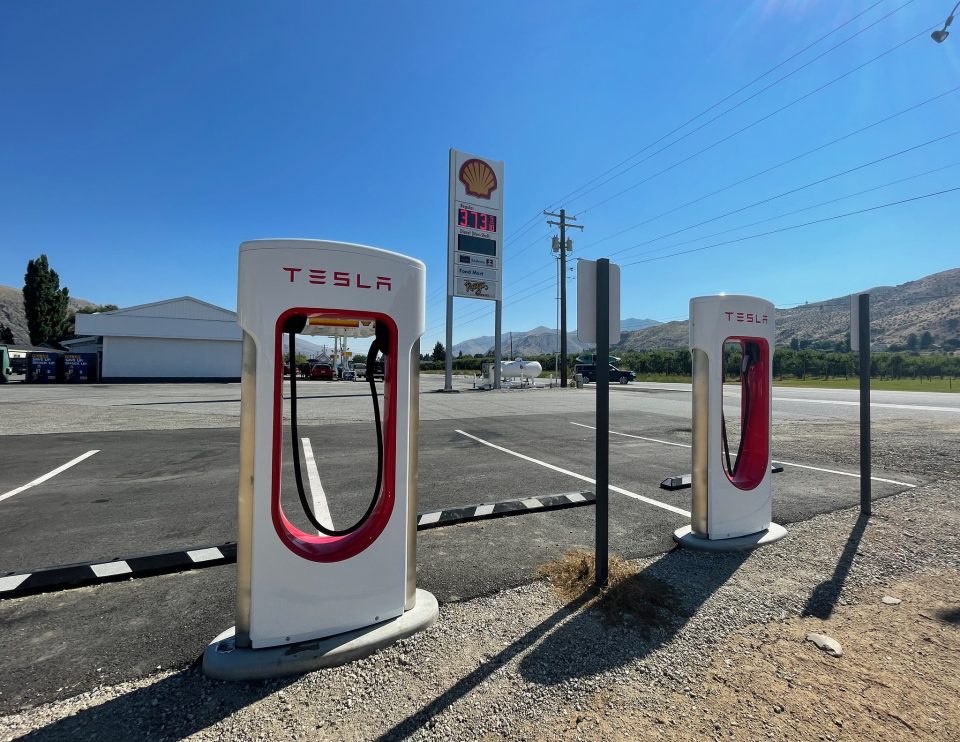 Washington state this week kicked off the implementation of its two most ambitious climate policies to date: one that caps carbon emissions for fuel suppliers and utilities, and another requiring reductions in the carbon intensity of transportation fuels.

Lawmakers passed the Climate Commitment Act and the Clean Fuel Standard in 2021 with the aim of helping Washington reach its mandated greenhouse gas reduction targets. The state must cut emissions 45% below 1990 emissions levels by 2030, and continue ratcheting down emissions to net-zero by 2050.

Gov. Jay Inslee participated in a briefing Wednesday providing details of the rollout of the initiatives.

“The state is taking a big bite out of climate change at the same time we are building our economy,” Inslee said.

The event came one week after the state announced disappointing carbon emissions data from 2019, the most recent year available. Greenhouse gas emissions that year reached its highest level since 2007, but was still below a historic peak hit in 1999. Officials said that increased electricity demand paired with low water levels behind the state’s hydropower dams required a higher use of fossil-fuel generated power that year.

The Washington Department of Ecology, which compiles and reports the emissions data, said that preliminary numbers for 2020 suggest the “increase is likely to be short-lived.”

State leaders hope that the two new policies and others passed in recent years will put Washington’s carbon footprint on a lasting, downward trend.

Inslee pointed to the synergy between tech innovation and climate policy as a key reason to be optimistic that the state can reach its goals.

“These [clean energy] technologies are now becoming much more affordable, much more productive at the same time we have these policies that will continue to expedite the application and usage of these technologies,” he said.

Inslee noted how prices for solar panels, wind turbines and energy-storing batteries have seen tremendous declines over past years. The cost of lithium batteries did, however, recently increase for the first time in more than a decade. Experts blame the price of raw materials and inflation for the increase.

Tech giants including Amazon and Microsoft are investing in startups in these sectors and purchasing many of these technologies, and backed some of Washington’s climate policies. Amazon was a supporter of the Clean Fuel Standard legislation and Microsoft came out in favor of the Climate Commitment Act.

California, Oregon and British Columbia also have adopted Clean Fuel Standards. The policy requires fuel suppliers to shrink the carbon intensity of transportation fuels. They can accomplish this by making fuel production more efficient; by incorporating low-carbon biofuels into their lineup; and by purchasing credits produced by providers of low-carbon fuel and electric vehicle charging facilities.

The Climate Commitment Act features a cap-and-invest program in which fuel suppliers and utilities — and later waste-to-energy facilities and railroads — bid on allowances that permit their greenhouse gas emissions. The volume of allowances declines over time. The money raised in the allowance auction is funneled into carbon cutting efforts. California is currently the only U.S. state with a similar carbon capping program.

The first quarterly auction for the allowances is Feb. 28.

bitchy | The Witcher: Blood Origin is getting savage reviews from critics and fans