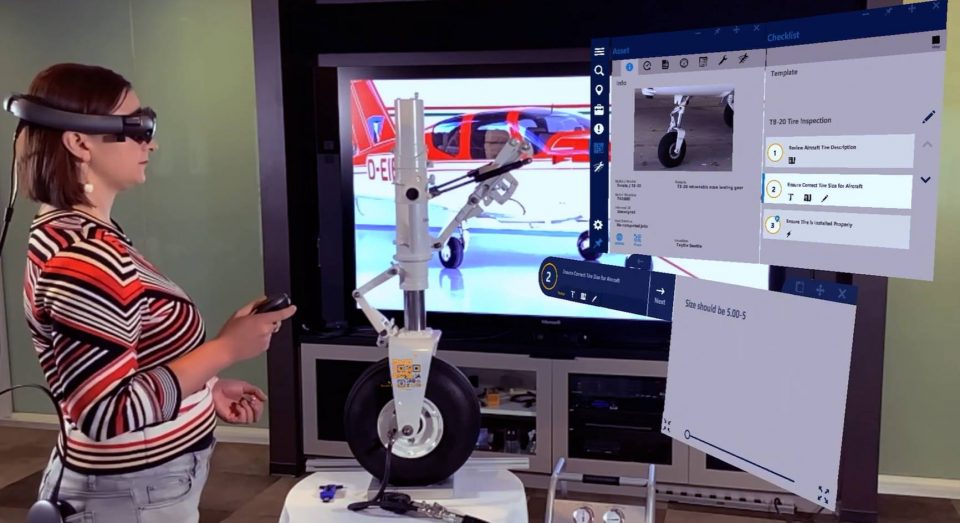 The news: Taqtile, the Seattle-based augmented reality startup will that works with enterprise customers for software-enabled job training, raised $5 million to boost hiring and marketing efforts.

The tech: The 55-person company develops an AR-enabled application called Manifest that works on headsets, including Microsoft’s HoloLens and Magic Leap, as well as mobile devices. Customers across six continents use the software for training and other on-the-job purposes. Taqtile initially launched in 2011 and focused on mobile app development before shifting gears to mixed reality.

“Taqtile continues to see robust adoption and accelerated deployment of Manifest across all sectors, including defense, manufacturing, transportation, aircraft MRO, logistics, pharmaceuticals, and others,” Taqtile CEO Dirck Schou Jr. said in a statement. “Taqtile’s global partners are absolutely critical to our mission, and this financing will allow us to do a much better job supporting and enabling our partner ecosystem.”

The tailwinds: A recent study by the National Bureau of Economic Research found that lingering effects of the pandemic pushed the U.S. labor shortage to approximately 500,000 people. In addition, Taqtile notes that up to one third of deskless workers are set to retire in the next five years, meaning an increasing number of businesses will be seeking tech to train employees.

The competition: But Taqtile is not the only startup looking to capitalize on this trend. The competes with Ario, an AR platform and works with front-line workers, and Atheer, a well-funded startup that sells a software platform for employee training and onboarding.

The customers: In 2018, Taqtile worked with the Seattle-area county and Microsoft to launch a project that provided training to employees working at the West Point Wastewater Treatment Plant in Seattle. The startup now works with large enterprise companies including T-Mobile, Accenture, Microsoft and Amazon AWS, among others. The company said that it is “laser-focused” on the enterprise market,

The funders: The company raised a $3 million round in 2019. Investors in this round include Kirby Winfield’s Ascend, London-based Mesmerise, Downer Group, and Innovation Lab.

5 Strategies to Grow and Retain Your Practice’s Patient Base