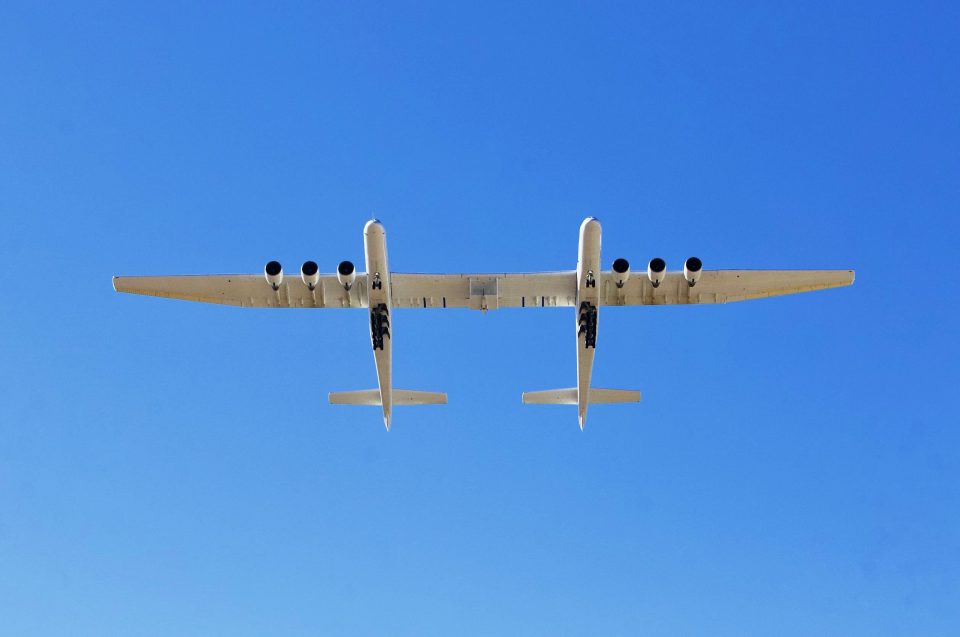 Stratolaunch says its mammoth carrier airplane rose to its highest altitude yet during its seventh flight test over California’s Mojave Desert.

The aerospace venture, which was established by Microsoft co-founder Paul Allen more than a decade ago but is now owned by a private equity firm, reported a peak altitude of 27,000 feet during today’s test.

If all goes according to plan, the twin-fuselage Roc airplane could begin flying Stratolaunch’s Talon-A hypersonic test vehicles for captive-carry and separation testing as early as this year.

One of the prime objectives for today’s three-hour flight at the Mojave Air and Space Port was to gather data on the aerodynamic characteristics of the plane, including a pylon structure from which the rocket-powered Talon-A vehicles will be released and launched. Roc’s seventh flight came a week after the sixth flight test, which couldn’t achieve all of its objectives.

“Today’s flight is a success story of the Stratolaunch team’s ability to increase operational tempo to the pace desired by our customers for performing frequent hypersonic flight test,” Zachary Krevor, Stratolaunch’s CEO and president, said in a news release. “Furthermore, the team reached a new altitude record of 27,000 feet, thereby demonstrating the aircraft performance needed for our Talon hypersonic vehicle to reach its wide design range of hypersonic conditions.”

The Pentagon is expected to be a prime customer for Stratolaunch’s services. The company already has a contract from the U.S. Air Force Research Laboratory to assess the feasibility of conducting hypersonic flight tests for a wide range of Air Force experiments and payloads.

Roc is named after a giant mythical bird, in recognition of the 385-foot-wide craft’s status as the world’s biggest airplane as measured by wingspan. In the wake of this year’s destruction of Ukraine’s Antonov Mriya An-225 cargo aircraft, Roc also rates as the world’s heaviest airplane at 250 tons.