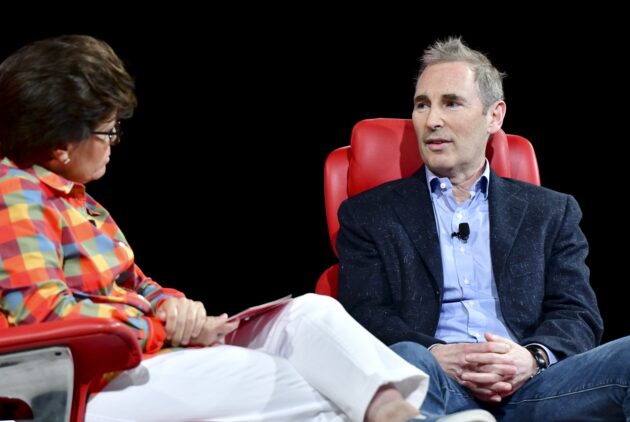 Amazon is continuing to leave return-to-work decisions in the hands of group and team leaders and not, at this point, planning a widespread requirement for engineers and corporate employees to return to the office.

That was the gist of the message from Amazon CEO Andy Jassy on Wednesday when asked about the company’s post-pandemic return-to-office strategy during an appearance at the Code conference in Beverly Hills.

His comments differentiate the Seattle tech company from some of its peers in the tech industry, including Apple, which are starting to require employees to return to the office for a certain number of days a week. But Jassy also called Amazon’s approach a “work in progress,” and his comments didn’t preclude a mandate in the future.

“We’re trying lots of experiments, and we’ll see over the next year,” Jassy said. “We don’t have a plan to require people to come back. … We don’t right now. But we’re going to proceed adaptively as we learn.”

“And you imagine you’re not going to make them?” pressed journalist Kara Swisher, the conference host.

Swisher asked if Jassy sees any benefit to working in person, such as creativity.

“I do think there’s some things that are harder to do remotely,” Jassy replied, saying it’s easier “to riff with one another when you’re in person,” and “to have a connection with people and to get the culture.”

He cited the example of pulling a colleague aside and offering encouragement after a tough meeting.

“Those types of things are just much harder to do remotely,” he said. “They’re things that bind people together and make people feel more part of a team. … Even if we end up in a scenario that largely looks like where we are today, we’re going to want to be really intentional about how people come back and see each other once in a while.”

One tangible sign of Amazon’s experimentation was its decision, announced in July, to pause construction on several new office towers in Bellevue, Wash., as it reconsiders how new work habits will impact its future floorplans.