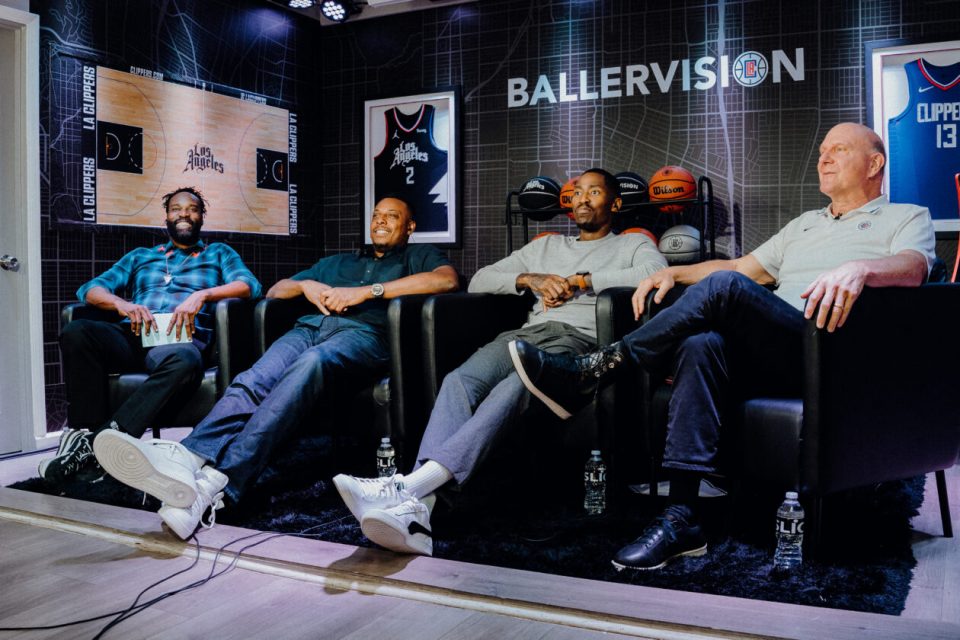 A new streaming service unveiled by the LA Clippers this morning reflects the philosopy of the franchise’s chairman, former Microsoft CEO Steve Ballmer, about the role the NBA and its teams should play in shaping the digital viewing experience.

“We need to define the future of watching basketball,” Ballmer said in an interview with GeekWire. “We’ll always do a better job of that than any distribution partner. Whether we distribute directly or through an ESPN or a TNT or an Amazon, or whoever gets into the business of distributing these things, the experience that makes this the best basketball possible will come, I believe, from our league.”

Called ClipperVision, the new service costs $199.99 per year. Available only to viewers in the Los Angeles market, it will provide access to all the team’s games except those broadcast nationally.

The strategy is the sports equivalent of a retail brand selling directly to consumers as an alternative to traditional distribution channels, establishing a tighter connection to their customers, or fans.

However, the new Clippers’ service will also grapple with a growing trend of subscription fatigue as consumers become weary of all the monthly services needed to access different slices of content, from content aggretators like Netflix and Hulu to narrower streaming sites from entertainment brands and sports leagues.

Individual sports teams launching their own streaming services could take the sense of overload to a whole new level. Although the Clippers are the first in the NBA, other teams could follow suit in the future.

“I think the world’s going to mass personalization, mass customization,” he said, explaining that he sees no reason to fight that trend. “Every other aspect of content is going that direction.”

The ability to stream games in the LA area is a major difference from the NBA’s $99.99/year League Pass, which doesn’t let fans watch games in their local markets due to restrictions built into regional TV deals.

For the Clippers, Ballmer said, gaining the ability to launch the service was a “fundamental part” of the team’s recent contract renewal with Bally Sports, which distributes Clippers games and is also launching its own streaming service.

“Come hell or high water, I was going to offer the streaming service,” Ballmer said. But because the team was able to work out a deal, he added, “now it’s without compromise.”

ClipperVision is built on the NBA’s NextGen platform and other shared technologies, with a “clear path” for other teams to launch their own services if they wish, using their own variations on the approach, Ballmer said.

Bally Sports, a subsidiary of Sinclair Broadcast Group, also holds the television rights to more than 20 other teams as part of its regional sports networks. Ballmer declined to speculate when asked if other NBA teams would use the Clippers’ new contract as a blueprint for their own renegotations.

At launch, ClipperVision also comes with a special perk, a limited edition-team jacket exclusive to subscribers. Ballmer said it was important to include something “physical and tangible” with the service.

One long-term goal is to unify user accounts across digital and in-person experiences.

“If you want to buy merchandise, or you’re coming into the arena, we already know you, and want to make your experience as personal as possible,” Ballmer said.

Like this year’s closely watched Clippers team, led by star players Kawhi Leonard and Paul George, the organization’s new streaming service is many years in the making.

Ballmer said he has been thinking about the potential for bringing new levels of interactivity to sports viewing since he was Microsoft CEO. He pointed out that the Microsoft Surface sponsorship deal with the NFL had its origins in talks about interactive Xbox viewing experiences that didn’t pan out at the time.

He was able to explore his ideas further after buying the Clippers for $2 billion in 2014. Ballmer and the Clippers worked with tech company Second Spectrum to launch the CourtVision experience four years ago, with stats, animations and other graphics overlayed on screen in near real-time.

One advantage of the new direct-to-consumer streaming service, Ballmer said, will be the ability to add new capabilities in the future. He cited the hypothetical example of gamifying the experience as something that would be harder in a distribution scenario.

At the same time, the Clippers are still investing heavily in the future of in-person viewing. The team’s new 18,000-person arena, the Intuit Dome, is set to launch for the 2024-25 season in Inglewood, Calif.

Ballmer, who has become a fixture at Clippers games, cheering from his baseline seats, said he believes the magic of the in-person basketball experience will endure, even as technology progresses.

“There’s still something special in being in the arena,” he said, “with the energy and the sense of community.”

In the long run, Ballmer said ClipperVision could become a meaningful source of income for the team, but the bigger priority for now is to control its own destiny in the distribution of content.

“Over time, I do see it as a way to make money, but we don’t know how the whole world of distribution of content is going to evolve,” he said. In the meantime, he explained, “this lets us be light on our feet.”