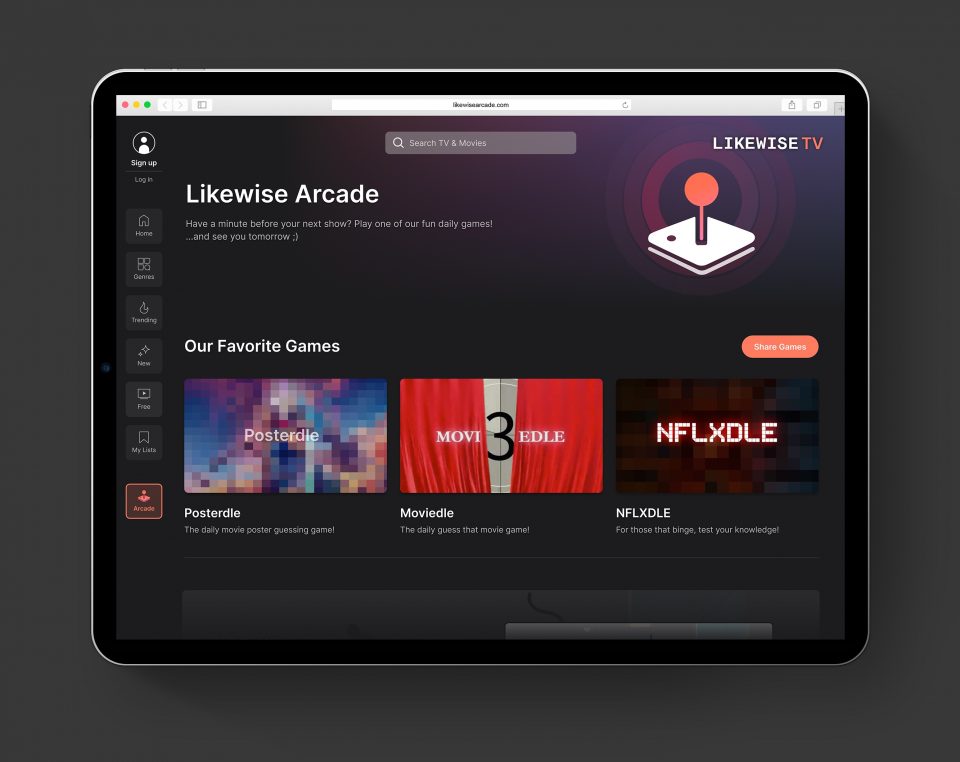 The guessing game is coming to Likewise, the Seattle-area startup that offers personalized picks for movies, TV series and other content.

The company launched The Likewise Arcade on Wednesday as an expansion of LikewiseTV, a personalized entertainment hub which debuted in March as a way to give users access to all of their streaming television services in one place.

Likewise is partnering with 12:01 Games to test the knowledge of television and movie fans with the games Moviedle, Posterdle, and NFLXdle. The games involve a race against the clock to figure out a lightning-fast movie replay or a slowly materializing movie poster or show poster from Netflix.

The Arcade idea taps into the popularity around playing and sharing that has taken off with the likes of “Wordle,” and “Heardle,” games which have partnered with The New York Times and Spoitfy respectively. Likewise hopes its millions of users will share their knowledge about movies and TV with their friends and surface more information and recommendations about content.

Likewise made its public debut in October 2018 as the brainchild of Larry Cohen, the former Microsoft communications chief. Cohen is chairman of Likewise and the CEO of Gates Ventures, Bill Gates’s private office. Gates is the primary financial backer, investing $15 million in the startup at the end of 2021. Likewise is led by CEO Ian Morris.

12:01 Games is a division of AugX Labs, whose founder Jeremy Toeman wrote about the new partnership on LinkedIn.