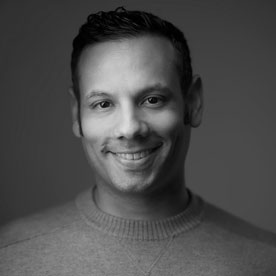 The SPAC deal, announced in October, would have taken the startup public via a merger with shell company Phoenix Biotech Acquisition Corp. The merger was expected to raise $178.8 million.

But in a statement Tuesday, Intrinsic Medicine and Phoenix announced that the deal was terminated.

“After careful thought and consideration, we mutually determined that this action is in the best interest of all parties given current market conditions,” said Phoenix CEO and director Chris Ehrlich in a statement.

GeekWire reached out to Intrinsic Medicine for additional comment and will update the story when we hear back.

Special purpose acquisition companies (SPACs) like Phoenix re-emerged in a big way during the pandemic as capital flowed to newly formed entities and entrepreneurs used SPACs to more quickly enter the public markets.

But the performance of post-merger SPACs has steadily dropped, particularly since January amid the larger market downturn. More than 55 SPAC transactions have been called off this year and the traditional IPO market has also softened.

Intrinsic Medicine filed to go public in April via a traditional IPO, but withdrew its filing in July.

Intrinsic Medicine was founded in 2018 to develop sugar-based molecules matching those in human milk. Such oligosaccharides are thought to help modulate the immune system and affect the gut microbiome, the collection of microbes in the intestine.

The SPAC merger would have fueled a phase 2 clinical trial testing an oligosaccharide for patients with irritable bowel syndrome, and supported preclinical programs for atopic dermatitis, autism spectrum disorder, and rheumatoid arthritis.

“Intrinsic was encouraged by the positive feedback from prospective investors regarding the attractiveness of our novel and capital-efficient approach to developing transformative new therapeutics. We remain focused on advancing these important potential drugs,” said CEO and co-founder Alex Martinez in the statement Tuesday.

According to its IPO filing in April, Intrinsic Medicine raised approximately $9.5 million in private funding and had $11.9 million in losses last year. It had eight full-time employees this March.

Co-founder Jason Ferrone, who served as chief operating officer, is now general counsel and head of corporate development at a San Diego-based pharmaceutical manufacturing company, but is still a director at Intrinsic Medicine, according to his LinkedIn profile.