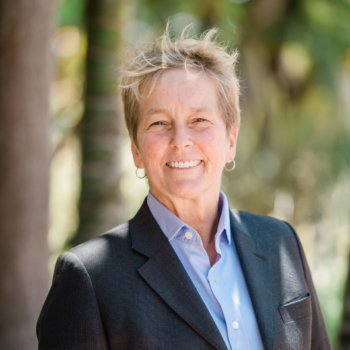 Less than two years after its IPO and months after shutting down its once-promising oncology program, Seattle-based Silverback Therapeutics will merge with another biotech company, San-Diego based ARS Pharmaceuticals.

The combined company will be called ARS Pharmaceuticals and will be based in San Diego, according to a news release announcing the deal Thursday. The combined company will focus on regulatory approval and commercialization of ARS’s epinephrine nasal spray for severe allergic reactions. The spray, called neffy, is a potential easy-to-use alternative to the EpiPen.

ARS’s current CEO, Richard Lowenthal, will be the CEO of the new company.

Silverback was founded six years ago and went public in late 2020 in a $241.5 million IPO after raising $210 million in venture capital. But in March the company reported disappointing clinical data on its lead experimental therapy for solid tumors and shut down its oncology program. It also announced plans to lay off 27% of its 90-employee workforce.

At the time, the company said it would focus on developing an experimental therapy for liver disease. But in a conference call with investors Thursday, Silverback CEO Laura Shawver said the company will now “terminate” its R&D activities and reduce its headcount further.

“Remaining Silverback employees and management will focus on the closing of the merger and exploring opportunities to divest our preclinical assets and will generally depart the organization on a rolling basis as activities are completed,” said Shawver in the call.

The combined company is expected to have $265 million in cash, cash equivalents and marketable securities upon closing, including $240 million in cash from Silverback. Silverback equity holders will own about 37% of the new company, and ARS’s 63%. The deal is expected to close in the fourth quarter of this year, pending stockholder approval.

ARS, which raised $55 million in a Series D round of funding last spring, plans to submit its NDA (new drug application) for neffy to the U.S. Food and Drug Administration by the third quarter of this year. If the spray is approved, the company aims to launch the product in 2023.

“Stockholders should be excited about this transaction for several reasons,” said Shawver. “The product offers a clear value proposition over epinephrine injection devices in a sizable potential market. Importantly, ARS is led by a highly experienced management team that has a proven track record developing and commercializing intranasal and consumer driven medicine.”

Shawver anticipates staying on as a member of the board of directors.

Silverback had been developing treatments based on its ImmunoTAC platform. Using antibodies, the platform delivers disease-modifying molecules to specific sites in the body; the company’s lead oncology candidate delivered a molecule called a TLR8 agonist to cancer cells expressing the marker HER2.