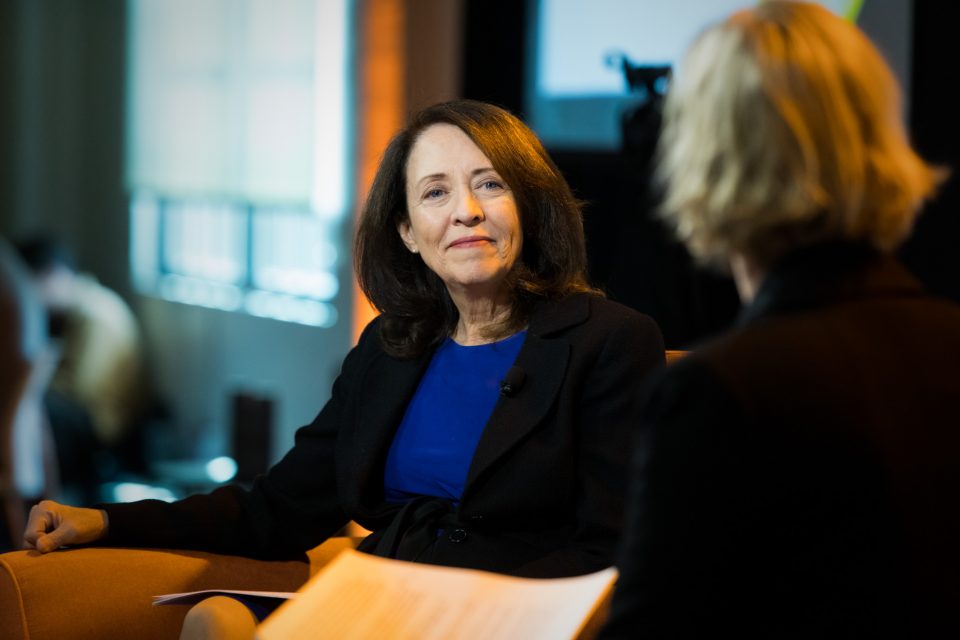 Sen. Maria Cantwell likes what she sees so far with the quick reaction from U.S. companies to the CHIPS and Science Act.

“We think it’s unleashing the response from the private sector that we wanted to see,” said Cantwell, speaking at the GeekWire Summit in Seattle last week.

Cantwell (D-WA), a former tech executive at RealNetworks, helped hammer out the bipartisan CHIPS and Science Act, signed into law in August by President Biden. The legislation is designed to help the U.S. boost its market share of chip manufacturing, which has slid to 12%.

Micron, Panasonic and other chip makers have since all announced plans to build factories in the U.S., and Intel broke ground on a plant in Ohio.

The act provides more than $50 billion to bolster U.S. chip manufacturing and research and authorizes billions more to U.S. science agencies. It also creates a new arm of the National Science Foundation to foster innovation in areas with commercial potential, including artificial intelligence and clean energy.

“We want to dust off our R&D skills at universities, at NSF, at the Department of Energy, and keep our eye on how to help manufacturers translate the science faster into application,” said Cantwell. “Why? Because we’re facing competition from people around the globe who are doing the same thing.”

As a model, lawmakers had in mind the success of DARPA (the Defense Advanced Research Projects Agency), known for turning ideas into technologies for military use, said Cantwell.

The new act also mandates the formation of a network of technology centers in more rural states. Cantwell, who has served Washington since 2000, wants to grow geographic hubs to support innovation in specific areas.

U.S. innovation also got a boost with last year’s bipartisan infrastructure bill and the recently-passed climate and health bill that have measures to promote green energy and transportation.

But more needs to be done, said Cantwell. To counteract climate change, the U.S. should bump up investments in the electric grid and battery technology and manufacturing, she said.

“If the United States would continue to make the investments in making the grid smarter and making battery technology incentives for manufacturers to be in the U.S. I really think we would be unleashing a much larger response to this crisis,” said Cantwell, who is chair of the Senate Committee on Commerce, Science and Transportation.

She anticipates that lawmakers will discuss battery and grid policies by the end of the year and may include them in future bills. “I think that we have what it takes to make this transition,” she said. “I think we have people, the innovation. But there are steps in that process.”

Cantwell has seen a lot of steps taken since being part of a team at RealNetworks that livestreamed the first major league baseball game in 1995 when the hometown Seattle Mariners played the New York Yankees. She took the GeekWire Summit stage hours before the Mariners kicked off their first playoff game in more than 20 years, against the Toronto Blue Jays.

“Look at where we are today. Everybody is going to watch that game today on a digital device — handheld, probably reading stats as they go,” she said. “Look at the short period of time — how big a sea change that is. But it still happens incrementally, in steps.”