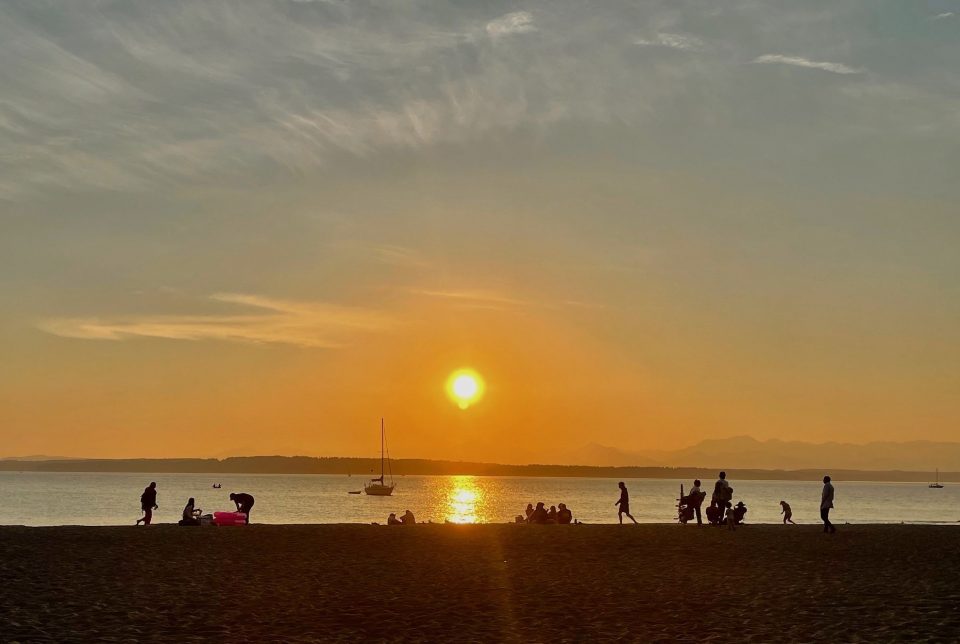 Seattle’s identity has been synonymous with drizzle, moss and the angsty grunge music and compulsive coffee drinking that’s fueled by its notoriously damp, gray weather.

But this year’s summer and start of fall are threatening to wring those traits from the city’s long-held character.

Since July, Seattle has measured less than a half inch of rain, setting a new record. Even desert cities such as Phoenix and Las Vegas have seen more rainfall.

Without any drizzle, wildfire smoke continues to plague the state, worsening air pollution in Seattle and other cities. There was a brief haze break on Monday thanks to a weak offshore weather front, but forecasters warn that the smoke could return after the front passes.

And it has been unseasonably warm. Looking at the meteorological fall, which runs from September to November, Seattle has charted 31 days reaching 70 degrees or warmer — another new record. The longest previous stretch was 29 days in 1991 — and there are still more warm days predicted for this October.

“We typically are in our wet season by now, or are starting it,” said meteorologist Mary Butwin, with the National Weather Service.

And this year? “We still have active fires in Western Washington,” she said. “We still are in fire weather season.”

As rhododendron leaves crisp and woolly sweaters remain stubbornly in the closet, one might wonder if the Pacific Northwest needs to start swapping its cedars for saguaro?

Not yet, said Nick Bond, Washington’s state climatologist and a research scientist with the University of Washington.

As the world keeps warming, climate models predict that the region’s summers will be drier and hotter and the winters will be wetter. Summers in the past three decades have, in fact, been historically drier in the Pacific Northwest.

“One could argue this is kind of a dress rehearsal for what we’re going to be seeing more of, that climate change has its fingerprints, to an extent, on this. That’s a real possibility,” Bond said.

“But for the most part, it’s one of those random things that happens,” he said.

There’s naturally a lot of variability in the weather, Bond added. Looking to earlier this year, April to June was the third wettest on record and on the cool side.

“This summer I’m going to remember as late to ripen and late to rot,” he said.

And looking ahead, forecasters are predicting another La Niña for this winter — the third in a row — though it’s not expected to be a strong one. The phenomenon is driven by the ocean conditions off of South America and tends to bring cooler, wetter weather to the Northwest. It could be a welcome reprieve after the extended drought.

So what’s the takeaway for the extended future?

“Having these kinds of years and figuring out how we can adapt to them will help us be resilient when they come along more often in the future, as it looks like they will,” Bond said. They’re a chance to learn, he added, and not a reason to despair.

“The Northwest is going to continue to be fit for human habitation,” Bond said. “Let’s preserve what we can and keep it a place we want to be.”