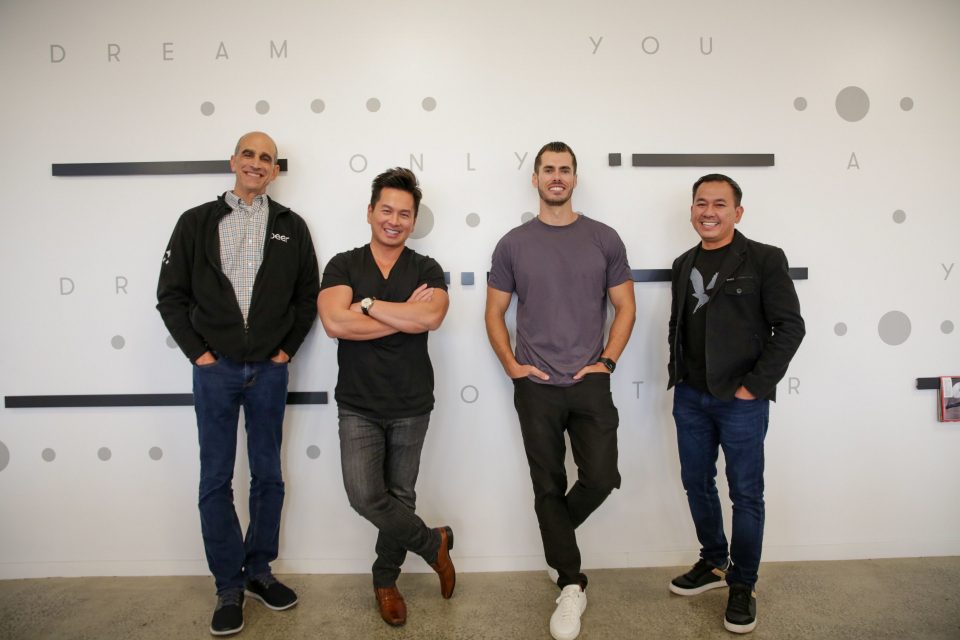 Peer’s got it all.

The new Seattle-based startup riding all the latest tech trends recently raised $14 million to pursue an ambitious plan for a blockchain-based social network.

Founded about a year ago, Peer provides similar functions as Facebook, where people can interact with user-generated-content, but is entirely built on the blockchain. This means its content creators will be able to own and monetize their posts as non-fungible tokens, or NFTs. The company says it is in beta testing and has roughly 20,000 users.

The startup plans to make money through a subscription on the app. It also offers its own cryptocurrency, Peer Metaverse Coin, which allows users to trade NFTs on the platform and reward content creators. The coin is currently worth one U.S. dollar, and its total supply will be capped at 2.1 billion.

Peer will start by launching its social network, move into building hardware, and eventually develop artificial intelligence, according to its “masterplan.”

There are a variety of large tech companies investing heavily in the so-called metaverse, which describes an immersive and interactive virtual world. Meta, for example, changed its name from Facebook in part to signal its big bet in the space. Microsoft has also announced its own metaverse function, Mesh for Teams, which allows users to navigate virtual work environments as an avatar.

But crypto-related startups, which rely on blockchain tech, have proven to be a risky bet for investors amid the larger economic downturn. Luna, for example, lost $40 billion in a sudden meltdown in May. Troubled crypto lender BlockFi is reportedly being sold for well below its last private valuation. Novi, Meta’s digital wallet pilot project, will shut down in September. And crypto broker Voyager Digital filed for bankruptcy.

Asked about the recent negative sentiment around crypto-related companies, Peer CEO Tony Tran argued that there has yet to be a “use case” like Peer, where blockchain has utility.

“This blockchain technology, if we can add a user experience on top of it, and we let people use it, then you are going to be able to create all types of new media,” he said. He added that using blockchain on a social network will enable users to imbue their digital content with “scarcity” and “immutability,” meaning it will be unalterable.

Tran, who grew up in Vietnam, previously worked as an engineer at Microsoft, where he focused on developing user experience and design features. He was also a creative director and UX designer at Nurego, a startup that was acquired by General Electric Digital. Prior to starting Peer, he founded two other companies, with both shuttering.

His first startup, Alfa, was a blockchain project based off the movie In Time. It raised more than $4 million, according to PitchBook, but eventually shut down because it ran out of money. His second startup, Third & Loom, was a platform for women apparel. He started the company with his wife, but they eventually liquidated its assets to foreign companies and closed the business.

There are a variety of startups building a social network using blockchain technology. Bitclout, for example, allows users to bet on the popularity of certain celebrities and influencers by buying or selling shares linked to their profile.

The startup says that its ICX function will be safer for investors than an ICO, which has garnered a reputation for being a tool for scammers. It says it has worked with regulators to ensure the safety and security of the process, adding that only “established companies” can qualify to do an ICX on the Peer network.

It has been difficult for some entrepreneurs in the blockchain space to raise capital. Corporate crypto investors make up 65% of deal volume in private crypto companies, The Information reported, and the venture arms of Coinbase and OpenSea have “tapped the brakes” on investing in such startups.

In an effort to raise funds, Peer has been selling its own tokens and equity to investors. However, it has yet to identify any of those backers.

Tran said that venture capitalists have not been eager to invest in startups like his, which he described as “experimental.”

“As capital becomes more and more entrenched, [VCs] are betting less and less on the crazy,” he said. “And I think the crazy is what is the future of the world.”

Peer plans to release an alpha version of its app in August.

Challenge yourself with our annual test of tech news knowledge – GeekWire