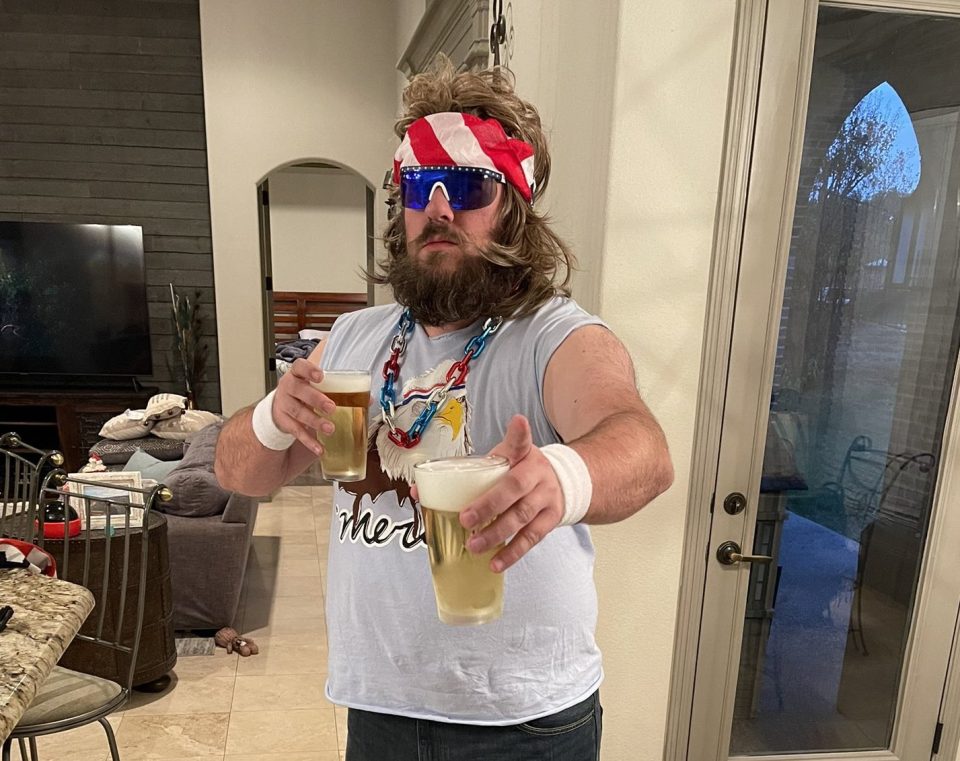 Ed Ball is back in Seattle after spending 10 days traveling to the World Cup in Qatar. But his legacy lives on on the internet.

Ball is the creator of the Qatar Alcohol Map, a project he took on earlier this year as a way to help fans of soccer — and drinking — find places to imbibe in a nation where such activity is not part of the culture.

The map pinpoints nearly 200 restaurants, bars and clubs that serve alcohol in the capital city of Doha. An accompanying spreadsheet offers up details such as the closet stadiums and train stations to drinking spots, their websites, menu links and more.

Ball, who does outside aerospace sales for chemical distribution company Cascade Columbia, lives in Seattle’s Georgetown neighborhood with his wife Sarah and their two dogs. He’s been a soccer fan all his life, supporting the U.S. men’s and women’s national teams for as long as he can remember.

When he and his wife made plans earlier this year to attend the World Cup, he began work on a Google map to satisfy his other love — beer.

“I put in over 100 hours on it,” Ball told GeekWire this week. “Was always updating and taking suggestions, making small changes and additions.”

The project became a viral sensation in the run-up to the tournament and in the weeks since it started, garnering coverage around the world. The map has now been viewed more than 1 million times.

A Twitter page dedicated to the project, which has fewer than 300 followers, shows Ball in one tweet sporting a ‘Merica T-shirt, USA scarf and stars and stripes socks as he chugs two pints of beer before he traveled to Qatar.

He and his wife spent seven days in Doha and three in Dubai. He estimates they hit up 15 different drinking establishments while traveling.

“It was amazing to say the least,” Ball said.

In a recap journal of his trip that he shared with GeekWire, Ball details his daily observations as an American fan in the Middle East. One example: “Day 1 — I decided to push my luck tonight and really see what this ‘beer ban’ was all about. I went with the tasteful ‘USA DRINKING TEAM’ T-shirt in big bold letters …”

Ball, who previously traveled to Brazil to see the 2014 World Cup, won’t have to go quite so far next time — or build a map to find his favorite bars. The 2026 World Cup will be hosted in North America and Seattle is one of 11 U.S. cities where games will be held.

Asked whether drinking made it easier to stomach the USMNT loss to The Netherlands in the Round of 16 last weekend, Ball laughed.