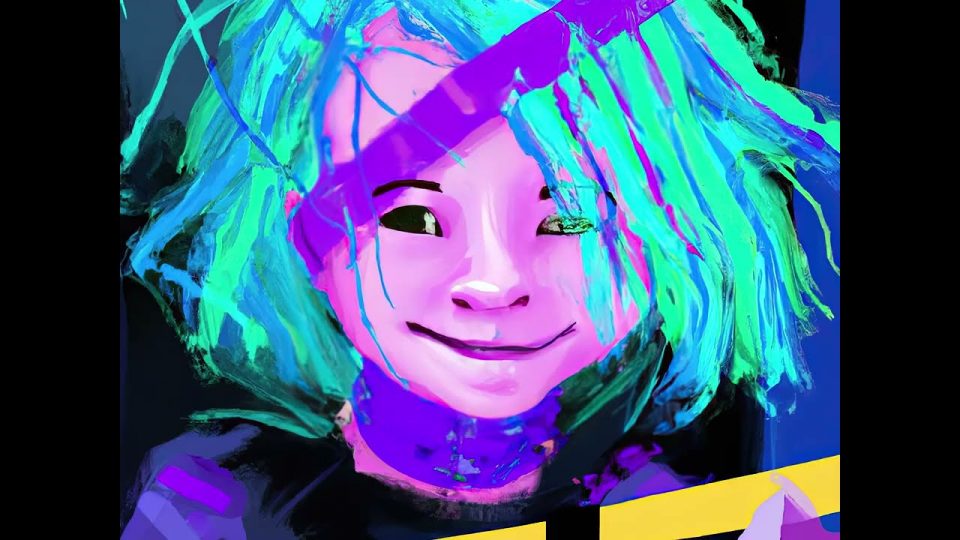 Someone once famously said that “video killed the radio star.” Forty-one years after that song helped ironically launch MTV, the question in 2022 is, what will artificial intelligence do for the video maker?

Colker, managing director of the startup incubator at the Allen Institute for AI, is one half of King//Colker, a rock-electronic duo which also features Nick King, a Los Angeles-based filmmaker.

These days the pair make music together remotely from their respective basements and their YouTube channel has had some success, attracting about 800,000 views across four music videos.

The latest video (above) is for a song titled “Moment,” and it’s a high-tech creation made by Colker over the span of a weekend. Posted on Monday, the video quickly racked up 150,000 views, perhaps due in some part to the unique nature in which it was made.

Colker had access to a private beta of DALL-E 2, a new system from the San Francisco AI research laboratory OpenAI, which improves upon the previous release of DALL-E 1.

DALL-E 2 can take simple natural language descriptions and turn them into realistic images or artwork. The technology, designed to enhance visual expression as well as teach humans how AI sees our world, is described in this YouTube video — where you’ll get to see what art of a koala bear riding a motorcycle looks like.

“With the limited tools that we have and a production budget of zero, because this is a side project, we’ve tried to find creative ways to make music videos,” Colker said.

After shooting previous videos on an iPhone for fun, Colker and King wanted to use animation for “Moment,” a song about the many chapters of human life.

Using DALL-E 2, Colker would type in such things as “cyberpunk painting of teenager with blue hair hanging out with mom and dad.” The system would generate images to match those criteria, ultimately providing a single frame in a colorful video that features more than 200 separate “paintings” stitched together by Colker.

“It was a fun moment to bring together my two worlds of tech and AI and also music,” Colker said.

In the age of Instagram, TikTok and tech of all kinds, the rapid-fire imagery of Colker’s creation seems to make sense, even if it does feel like a strange evolution from the heyday of MTV and cinematic music videos that defined a generation, from “Thriller” to “Smells Like Teen Spirit” and so on.

But as a part-time creative, Colker said he doesn’t have tens of thousands of dollars to hire a professional illustrator or creative house to generate his imagery. And he sees the technology as a breakthrough akin to the iPhone 15 years ago, and how it has enabled people to create incredible photography with a device in their pocket.

“It unlocks a whole new world of creativity that is trapped in people’s minds, who deserve to have their art seen but they don’t have the production budgets that other folks do,” Colker said of DALL-E 2. “I think that’s really powerful.”

Time to update those lyrics from the hit that hyped MTV …

In my mind and in my car,

A sneak peek inside Till Dawn, a new video game-themed bar and cafe in Seattle – GeekWire