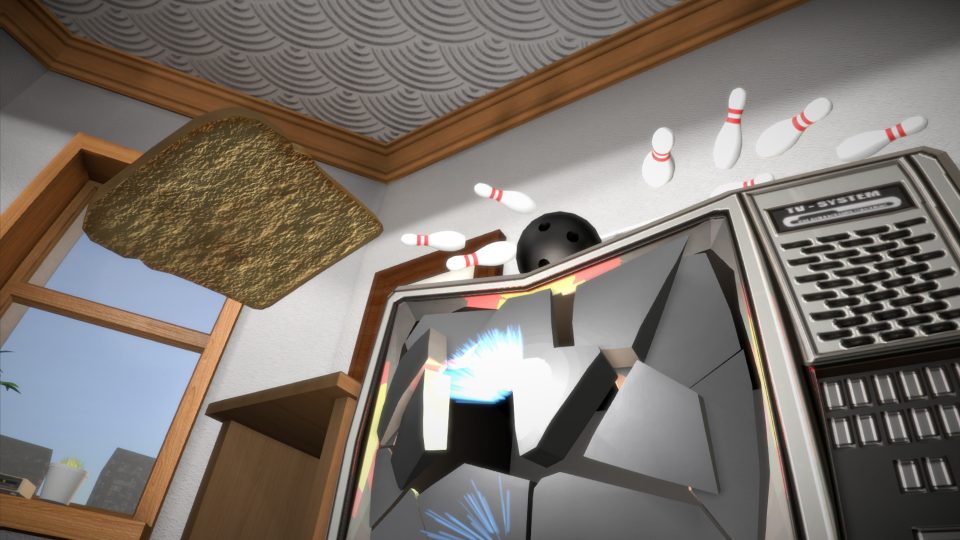 In a rare sort of deal for the video game industry, Bellevue, Wash.-based indie game publisher tinyBuild announced Friday that it bought the property rights for several comedic games from the British studio Bossa.

The $3 million deal sees tinyBuild picking up the IP for Bossa Games’ I am Fish, I am Bread, and the three games in the Surgeon Simulator series. All five are cross-platform releases with decent reviews, with the notable exception of last year’s significantly less popular Surgeon Simulator 2.

“Together with tinyBuild, we found a path that allows Bossa to dedicate its full attention to its new projects,” wrote Henrique Olifiers, the co-founder of Bossa Studios, in a press release. Those new projects will see Bossa shift its focus from single-player content to cooperative player-vs.-enemy games.

The deal divests Bossa of most but not all of the games in its current portfolio, and dramatically shifts the mood of the company’s lineup. Bossa also developed Emily: Displaced, a 2016 visual novel that places the reader in the role of a child turned war refugee, and the pixel-art dungeon crawler Deep Dungeons of Doom. It does retain the rights to its all-cat dating simulator Purrfect Date, however, so being completely ridiculous has not yet left that building.

tinyBuild also announced on Friday that it’s continued to grow its network of studios by acquiring Konfa Games.

Konfa, previously headquartered in Russia, is the developer of the tinyBuild-published strategy/tactics game Despot’s Game, which has been in Steam Early Access since October. It’s scheduled to release its 1.0 build on Sept. 15, which will also mark its debut for the PlayStation 4&5, Xbox Series X|S, Xbox One, Nintendo Switch, and the Epic Games Store.

tinyBuild stated that it paid $5.4 million to acquire Konfa, split 40/60 between cash and newly-issued shares of tinyBuild. Under the terms of the deal, Konfa’s team of developers will be moved to Belgrade, Serbia, to join a new tinyBuild studio hub there.

“We continue investing into expanding our portfolio of our own IP,” wrote Alex Nichiporhik, tinyBuild’s CEO, in the same press release. “Today’s deals are a unique opportunity to bring both Konfa’s talented team of developers in-house and to add the amazing Bossa intellectual property to the tinyBuild portfolio.”

tinyBuild’s other projects for 2022 besides Despot’s Game includes the first-person survival/horror game Expedition Zero, the upcoming action-RPG Asterigos: Curse of the Stars, and next week, a well-reviewed “Pikmin-like” called Tinykin.