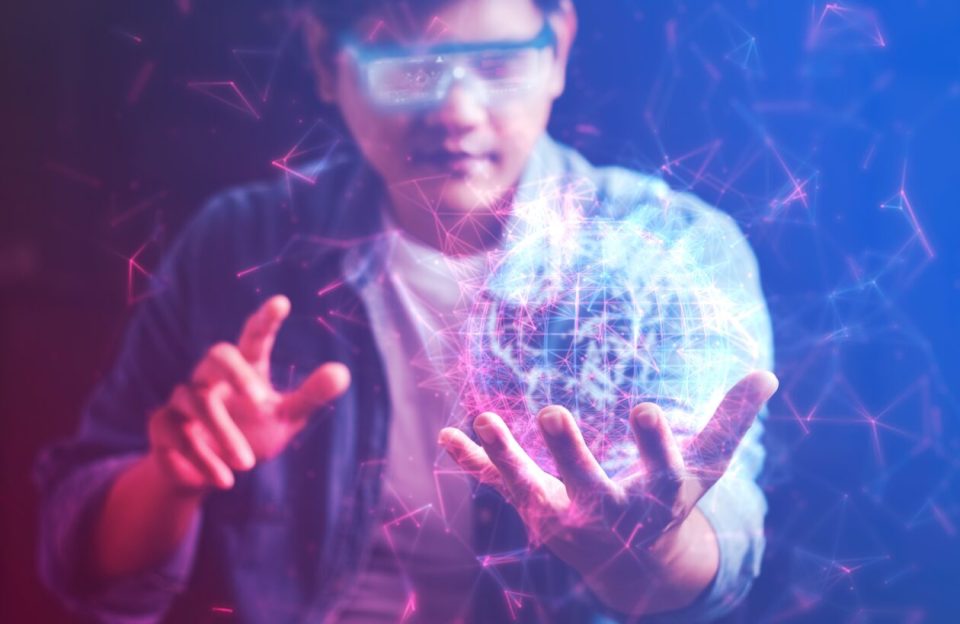 Do we each create our own reality? Could different observers create measurably different realities? It’s a fantastical line of thought that has sparked scientific inquiries as well — and now the science and the fiction has come together in a new novel titled “Observer.”

“The observer is actually the basis of the universe, so basically the novel and the scientific ideas are really a rethink of everything we know about time, space and indeed the universe itself,” stem-cell researcher Robert Lanza says in the latest episode of the Fiction Science podcast.

Lanza’s co-author, Seattle science-fiction writer Nancy Kress, agrees that the novel takes aim at one of life’s greatest mysteries. “The novel is about how we understand reality, and nothing could be more important about that, because everything else is based on it,” she says.

The central point of the book, and of the underlying scientific concept, has to do with how consciousness shapes our perception of a buzzy, fuzzy quantum universe that’s mostly made up of empty space.

Debates about the fundamental nature of reality go back centuries, to Plato and his “Allegory of the Cave,” and to Immanuel Kant’s 18th-century philosophical musings about transcendental idealism.

More recently, special relativity and quantum mechanics have provided solid grounding for the idea that the act of observation has an effect on external phenomena.

More than a decade ago, Lanza began laying out his case for claims that the very act of observing the universe sets the parameters for the universe. He and his co-authors have published peer-reviewed research on the subject — including a study in Annalen der Physik, the same journal that published Albert Einstein’s famous E=mc2 paper.

Lanza also wrote three books about the concept he calls “biocentrism” — a concept asserting that our brains basically build the universe out of the raw stuff of quantum foam. But biocentrism hasn’t gained a lot of traction in the scientific mainstream. For example, theoretical physicist Sean M. Carroll said Lanza’s argument included some “outright craziness,” while University of Nottingham’s Philip Moriarty called it “quantum physics woo.”

The idea that our view of reality is a mental construct certainly sounds science fiction-y — and in fact, the theme has sparked sci-fi novels like Neal Stephenson’s “Fall; or, Dodge in Hell” as well as sci-fi movies like “The Matrix” film franchise. So maybe it makes sense that the latest work in Lanza’s biocentrism bibliography is a science-fiction tale.

To address the fiction side of the equation, Lanza and his agent turned to a seasoned professional: Nancy Kress, an award-winning writer who’s been living in Seattle for the past 13 years.

Kress is a self-professed science groupie who loves to turn real-world research into a good story. A few years ago, she worked with scientists at Microsoft Research to write a short story about an AI program that tries to help its programmer get over his private grief. But “Observer” marks the first time that Kress has collaborated on a novel with any co-author, let alone a scientist.

“Our main challenge was getting enough of the science in there to show that it’s hard SF, based on actual science, without turning it into a monograph or impairing the fictional elements that actually make it a novel,” Kress said.

Kress laid out a story that focuses on a stressed-out neurosurgeon who agrees to join a hush-hush research project in the Cayman Islands, backed by a Nobel-winning drug discoverer who happens to be her great-uncle. The project involves implanting willing subjects — including the great-uncle — with brain implants that enable the subjects to tweak the way they perceive the outside world. Are they merely simulations, or are they something more?

“Observer” includes plot twists that are ripped from the headlines, including social-media shaming, drone technology and dark-web villainy. There’s even a romance between the neurosurgeon and a hunky doctor who’s brought in to assist with the brain surgery.

Kress said she herself fell in love with that character. “He’s probably too perfect,” she said. “I don’t think there are any guys walking around here that are exactly that perfect … but you do get to create them on the page at least.”

Although the story takes some far-out turns, Kress insists that “Observer” sticks closer to the science than most sci-fi movies do.

“You don’t want to get me started on science-fiction movies, because I will do a long and very nasty rant about how the science is perverted,” she said. (Listen to the podcast for her rant, which specifically targets the movie “Interstellar.”)

For his part, Lanza acknowledges that it could be a long time before the consciousness-tweaking brain implants described in “Observer” hit the market. “The chips are a little bit beyond our technology,” he said.

But over the long run, Lanza is hoping that “Observer” will come to be viewed as less fictional and more scientific. “I would hope that in a hundred years, someone’s going to look back and go, ‘That book had it right,’” he said with a laugh.

How sci-fi syncs up with Seattle tech

Although Kress isn’t a Seattle native, she’s been able to capitalize on her residency in one of the nation’s tech capitals. Her collaboration on “Future Visions,” a collection of short stories commissioned by Microsoft Research, serves as a prime example.

“The tech community intrigues me,” she said. “I was able to view the advanced research project area of Microsoft when they invited a couple of science-fiction writers to view what was going on, carefully accompanied by someone who stuck with us like glue.”

Thanks in part to Seattle-based support networks such as Clarion West — where Kress has taken on stints as an instructor starting back in 1992 — the Pacific Northwest has a strong community of science-fiction writers. And some of those writers have a symbiotic relationship with Seattle’s tech world.

For example, award-winning author Ted Chiang — who wrote the short story that was turned into the movie “Arrival” in 2016 — has also worked as a technical writer at Microsoft. And Neal Stephenson, a master of the cyberpunk sci-fi genre, has kept his hand in the tech scene as an early adviser at Jeff Bezos’ Blue Origin space venture; as chief futurist at Magic Leap, an augmented-reality company with offices in Seattle; and as a co-founder of Lamina1, which is building a blockchain-based metaverse platform.

Kress said the death of Greg Bear, one of the Seattle sci-fi community’s leading lights, came as a shock in November.

“His loss is really deeply felt by all of us here,” she said. “But there are a lot of up-and-coming writers, and some of them are really, really good. I’m not going to name names, because anybody that I leave out is going to feel offended. But yes, it’s a very vibrant SF community. That’s one reason I like being here.”

Check out the original version of this item on Cosmic Log for additional resources about “Observer” and quantum physics, links to other works by Lanza and Kress, and a bonus reading recommendation from the Cosmic Log Used Book Club.

My co-host for the Fiction Science podcast is Dominica Phetteplace, an award-winning writer who is a graduate of the Clarion West Writers Workshop and currently lives in Berkeley, Calif. To learn more about Phetteplace, visit her website, DominicaPhetteplace.com.