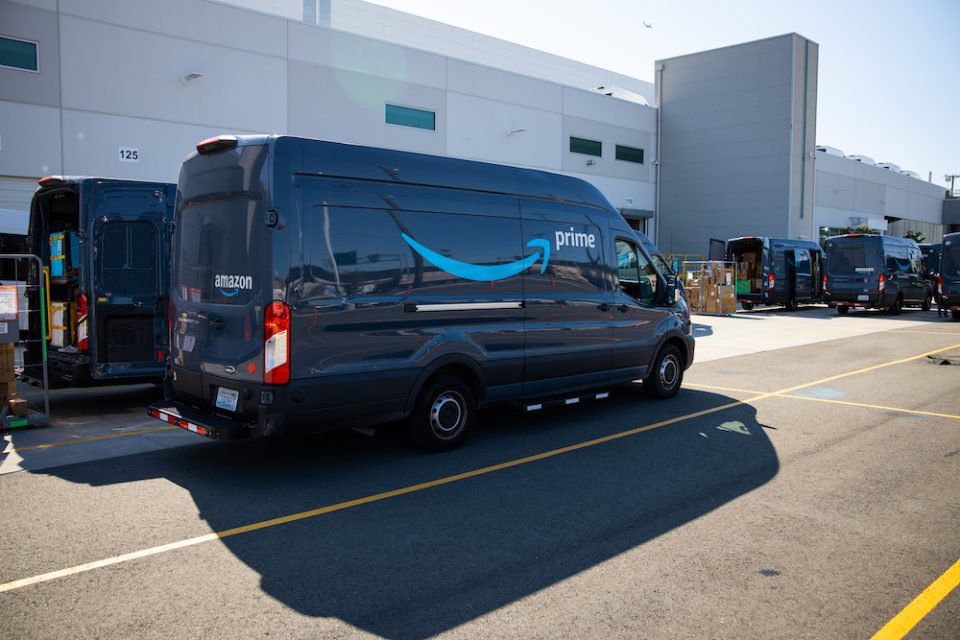 Talk about a sh**ty day at work.

An Amazon delivery driver making a stop at a customer’s house fell into what appears to be a septic hole. Standing in knee-deep “sludge” several feet below ground, the driver documented the experience in videos on TikTok.

Wearing his Amazon jacket, the man, dovahkiin0103, can be seen surrounded by the muddy walls and roots within the hole. “The ground came out underneath me,” he said, adding that he tried to climb out but it pulled more dirt on top of him.

The driver IDs himself on TikTok as an “aging dad/retired Marine here for content & to occasionally embarrass my kids!” His video has been viewed 7.4 million times (and there is some strong language because, well, he fell in a poo pit).

In a second video he updated watchers to let them know the fire department was on the way. He also said he dropped his “rabbit” into the liquid mess at his feet and that he would not be digging for it. A rabbit is a device that drivers use to view stops on their route.

“I don’t really want to die in somebody’s … whatever you call these things. I can’t even think right now,” the man said.

In a third video, the driver is back in his van, where he said he had about 100 stops left when he fell in the hole. He said Amazon sent someone to take about 50 of those stops and that he was “too nice” and would be finishing his work.

The man said police, fire, an ambulance and a helicopter all showed up at the scene and that he was rescued with a ladder. He was told just how dangerous the situation was and that the walls of the pit could have collapsed around him.

His ordeal showed up on an appropriately named subReddit called r/Wellthatsucks.