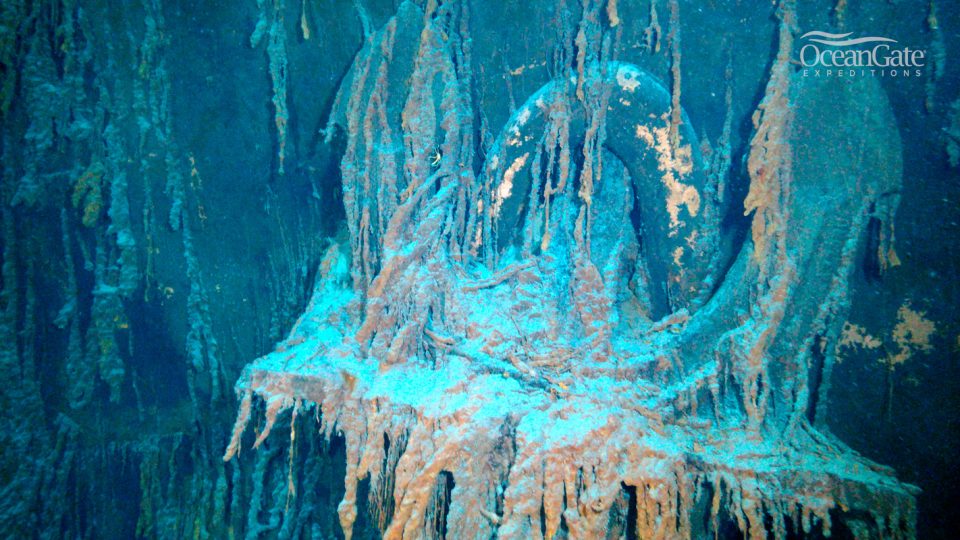 Everett, Wash.-based OceanGate Expeditions set a new standard this year for documenting the condition of the 110-year-old wreck of the Titanic, thanks to a high-definition 8K video system that was installed aboard its submersible.

A sampling of the first-ever 8K video footage from the Titanic, captured during this summer’s dives in the North Atlantic, was released today. OceanGate plans to return to the wreck on an annual basis to track changes in the Titanic’s condition over time, in video resolution that’s roughly 8,000 pixels wide.

“The amazing detail in the 8K footage will help our team of scientists and maritime archaeologists characterize the decay of the Titanic more precisely as we capture new footage in 2023 and beyond,” Stockton Rush, president of OceanGate Expeditions, said in an emailed statement. “Capturing this 8K footage will allow us to zoom in and still have 4K quality, which is key for large screen and immersive video projects. Even more remarkable are the phenomenal colors in this footage.”

“For example, I had never seen the name of the anchor maker, Noah Hingley & Sons Ltd., on the portside anchor,” Golden said via email. “I’ve been studying the wreck for decades and have completed multiple dives, and I can’t recall seeing any other image showing this level of detail. It is exciting that, after so many years, we may have discovered a new detail that wasn’t as obvious with previous generations of camera technologies.”

The footage documents the condition of the Titanic’s iconic bow, its deck, its hull, a cargo hold and other areas.

“Early in the video you can see the crane used for deploying the enormous 15-ton anchor still located on the deck of the shipwreck, and the shackle that was originally attached to the main mast that has now collapsed,” said PH Nargolet, another Titanic expert on the OceanGate team.

Three round structures can be seen along the inside of the railing. “These are the triple fairleads that were used to feed the docking ropes to the bollards on shore to secure the ship to the dock when the Titanic was at port,” Nargolet said.

Golden took special note of a single-ended boiler that fell to the ocean floor when the Titanic hit an iceberg during its first voyage in 1912 and broke in two. More than 1,500 passengers and crew perished in the sinking, which is arguably the world’s most famous peacetime catastrophe at sea.

“Notably, it was one of the single-ended boilers that was first spotted when the wreck of the Titanic was identified back in 1985,” Golden said.

In addition to the 8K video, the OceanGate team made high-precision laser measurements of the wreck. The imagery and the measurements will be compared year by year to assess the Titanic’s condition and determine the factors behind its accelerating decomposition. This year, for example, the team documented a spot where some of the Titanic’s rail collapsed and fell away from the ship.

“Our science team will be reviewing the 8K, 4K and other footage captured during the 2022 Titanic Expedition for any changes,” Rush said. “Having experts aboard the Titan submersible when we dive allows them to assess the shipwreck through direct observation, guide our exploration of different features of the wreck, and continue their study using the imagery.”

OceanGate Expeditions also sets aside spots for citizen explorers who pay a fee to participate in the Titanic expeditions as mission specialists — and get a chance to accompany the experts on their dives. The training and support fee for the 2023 expedition is $250,000.