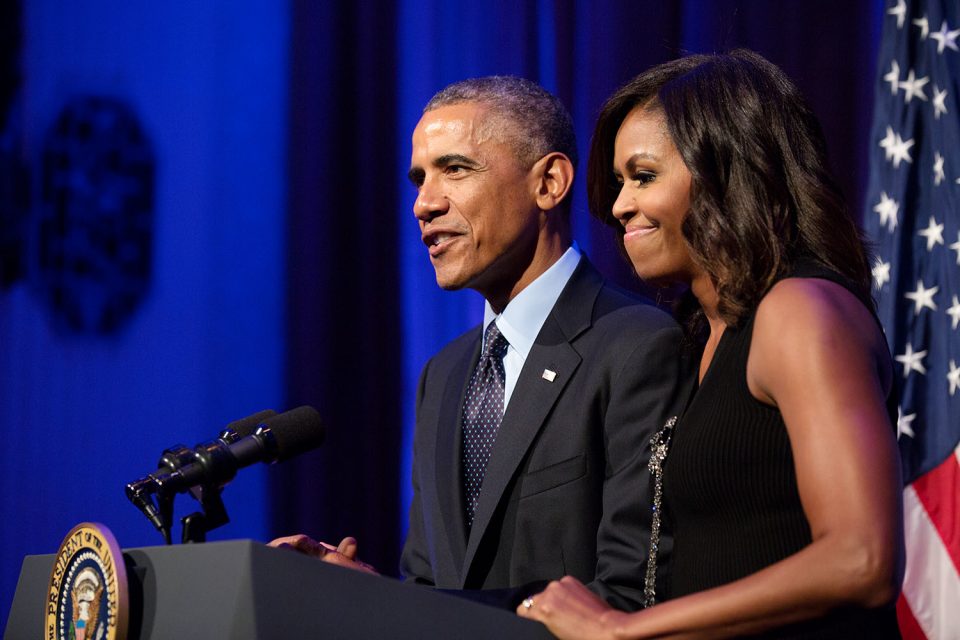 Audible, the audiobook and podcast platform owned by Amazon, has reached a multi-year, first-look production deal with Higher Ground, the media company founded by President Barack Obama and Michelle Obama.

The pact announced Tuesday means the end of the Obamas’ exclusive partnership with Spotify.

Audible said in a news release that a slate of shows will reflect a shared vision with Higher Ground “to tell meaningful and entertaining stories that elevate diverse voices and experiences.”

“At Higher Ground, we have always sought to lift up voices that deserve to be heard — and Audible is invested in realizing that vision alongside us,” President Obama said in a statement. “I’m looking forward to partnering with them to tell stories that not only entertain but also inspire.”

Higher Ground produces film and television content exclusively with Netflix, and won a 2019 Academy Award for Best Documentary Feature for the film “American Factory.” Its first podcast, “The Michelle Obama Podcast,” is the most listened to Spotify Original to date.

Other hit podcasts include: “The Big Hit Show,” a series of audio documentaries hosted by Alex Pappademas focused on pieces of popular culture that have defined and changed our culture; “Tell Them, I Am,” a podcast collection of universal stories from Muslim voices; “Renegades: Born in the USA,” a series of conversations between President Obama and Bruce Springsteen; and the upcoming “The Sum of Us” podcast series, based on Heather McGhee’s New York Times bestseller “The Sum of Us: What Racism Costs Everyone and How We Can Prosper Together.”