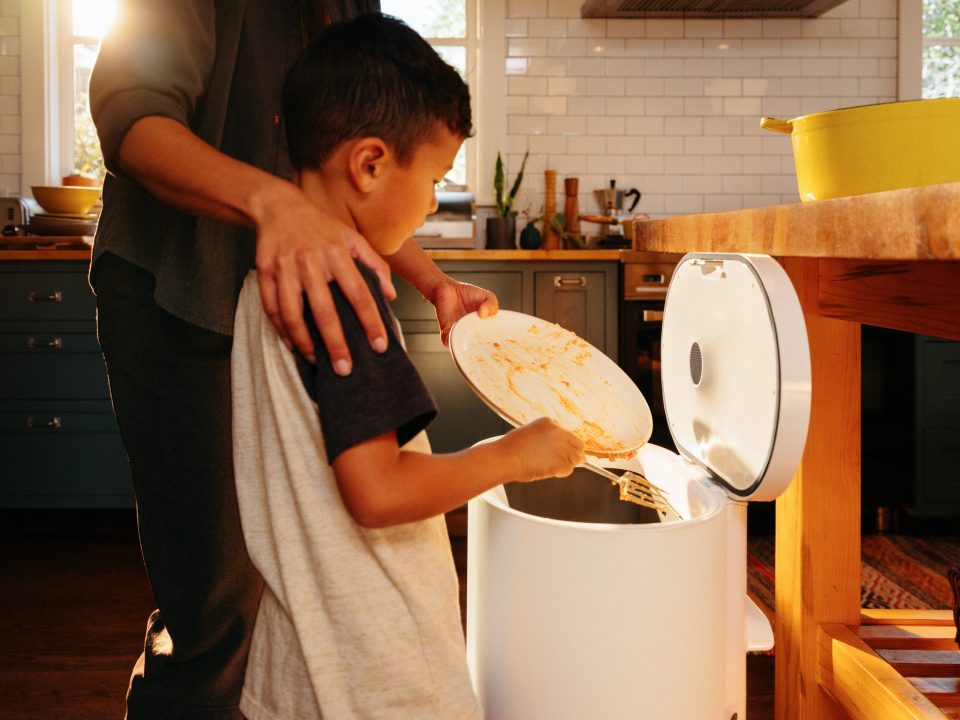 Matt Rogers, a former Apple engineer and co-founder of Nest, is using his passion for climate challenges to fuel a new company that aims to turn food waste into chicken feed.

Mill Industries came out of stealth mode Tuesday. The company offers U.S. consumers a $33 per month service that includes rental of a digitally connected waste bin and free shipping of the dried waste to a facility that converts it into feed.

Rogers and Harry Tannenbaum co-founded the company in 2020 under the name Chewie Labs. The two previously worked together at Nest, a smart home device company acquired by Google for $3.2 billion almost a decade ago.

Mill has 100 employees. Its headquarters are in San Francisco and its R&D facility is in Seattle.

So what drew Rogers to the messy world of food waste?

“I kind of built my career looking at these areas that are overlooked,” Rogers said. “It’s why we started Nest. No one cared about thermostats, yet they were super important for a home’s energy [use] and comfort.”

Toward the end of his time at Nest, Rogers became increasingly involved with climate efforts. He was struck by the planetary harm caused by food waste. About 30% of food that’s grown gets tossed and food rotting in landfills releases methane, a potent greenhouse gas. Food production, packaging, transportation and decomposition produces around 10% of global greenhouse gas emissions, by some estimates.

Rogers was eager to make a dent in a seemingly straightforward climate problem.

“We don’t need to invent nuclear fusion here,” he said. “We just need to keep food out of the trash.”

A small percentage of U.S. municipalities — including Seattle, Bellevue and Tacoma in Washington state— already collect food scraps for composting, but the majority don’t. And composting is to some measure still wasting food.

“We’re getting food to its highest and best use, which is still food,” Rogers said. “If we can’t eat it, then someone else should.”

In this case, that someone is chickens. Mill currently has one site in Seattle that converts the grounds into feed. The company plans to open multiple facilities around the nation to reduce shipping distances.

While Mill appears to be unique for providing a service that turns scraps back into food, there are other retail devices that churn up and dehydrate organic waste. That includes a $500 countertop, food waste composter by Lomi, and another version from Vitamix for $350. Both generate a product that can be added to garden soil.

These devices cost about as much as a year’s membership with Mill.

It’s unclear if consumers will pay almost $400 per year for the added benefit of someone else handling the waste and for the positive environmental impact of recycling the scraps into animal feed.

But there could be a market. Ridwell, another Seattle startup, also provides a waste-cutting subscription service that has expanded into six U.S. cities. For $12-16 dollars a month, Ridwell picks up plastic bags, used clothes, light bulbs, batteries and other household waste for recycling and reuse.

Rogers expects that some consumers will subscribe in order to reduce their carbon emissions. In some communities, customers might see a cost savings in their garbage bills if they produce less trash and can downsize their garbage cans. Rogers also emphasizes that the Mill service is a simple, elegant solution for stinky, bug-attracting scraps.

“The lesson I learned most at Apple, and Steve Jobs’ legacy on my life, is just make it really, really easy,” Rogers said.

Mill is also seeking partnerships with municipal waste services, Rogers said. One of Nest’s strategies was teaming up with municipalities and utility companies to get their thermostats deployed at scale.

bitchy | Anna Kendrick on her abusive relationship: I thought a break up was my fault