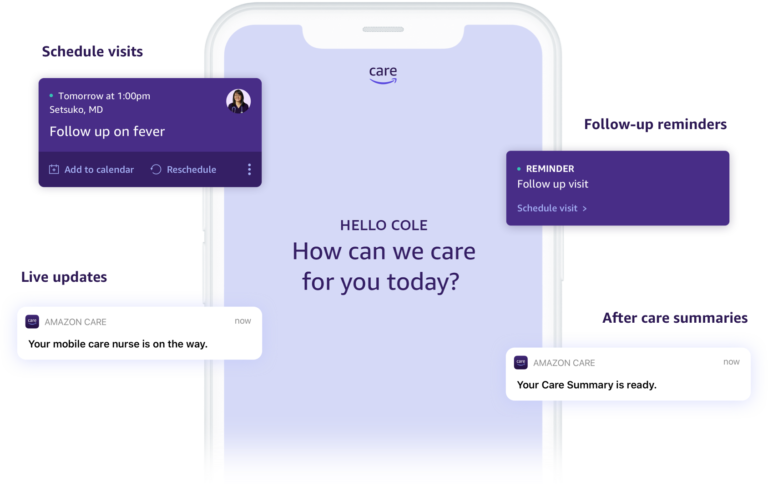 Almost 400 workers based in Washington state will be laid off as a result of the company’s decision to shut down its Amazon Care primary healthcare services.

Email alerts from the state’s Employment Security Department revealed that 159 workers will be laid off from Amazon Care. Another 236 people will be cut from Care Medical, an independent company that provided healthcare to Amazon Care members. The layoffs will officially commence Dec. 1.

Amazon made a surprising decision last month to stop offering Amazon Care, which launched in 2019 and offered a hybrid of virtual, in-home primary care and urgent care services.

Amazon Care was initially launched as a pilot program for employees in the Seattle area, where Amazon is headquartered. Last year the service extended virtual care to non-Amazon employees across the nation and this February Amazon said it was expanding in-person care from eight to 28 cities.

Amazon said company leaders determined that the Amazon Care business model wasn’t working prior to, and independent from, its agreement to acquire primary care company One Medical for $3.9 billion, which was announced July 21. That acquisition is still expected to move ahead, pending regulatory approval.

“This decision wasn’t made lightly and only became clear after many months of careful consideration,” said Neil Lindsay, Amazon Health Services senior vice president, in the email to Amazon Health Services employees last month. “Although our enrolled members have loved many aspects of Amazon Care, it is not a complete enough offering for the large enterprise customers we have been targeting, and wasn’t going to work long-term.”

According to Becker’s Hospital Review, Amazon recently told patients it will shut down inpatient and primary care services by the end of September and will continue to offer urgent care via video and chat until the end of the year.

DreamBox Learning hit by layoffs, but promises strategy to take on ‘troubling trends’ in education – GeekWire