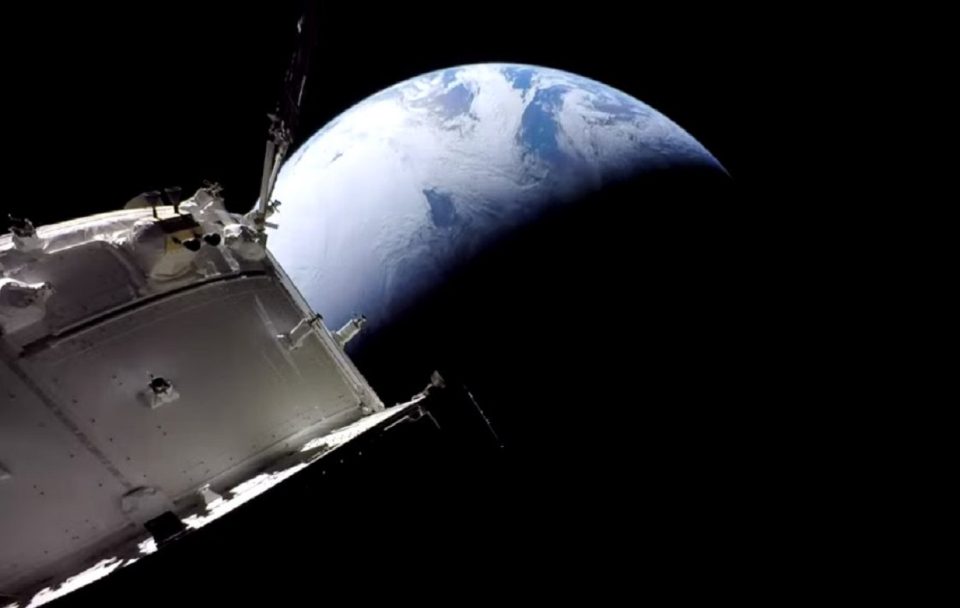 NASA’s uncrewed Orion capsule passed its final exam today, surviving a fiery atmospheric re-entry and splashing down in the Pacific Ocean at the end of a round-the-moon test flight.

The 25.5-day Artemis 1 mission set the stage for future moon trips with astronauts aboard, 50 years after the last Apollo moon mission.

“From Tranquility Base to Taurus-Littrow to the tranquil waters of the Pacific, the latest chapter of NASA’s journey to the moon comes to a close,” NASA spokesman Rob Navias said as Orion settled in the waters off the coast of Baja California at 9:40 a.m. PT.

Orion’s odyssey began in mid-November with the first-ever launch of NASA’s giant Space Launch System rocket, and traced a route that came as close as 80 miles to the lunar surface and ranged as far out as 40,000 miles beyond the moon. Orion traveled 1.4 million miles in all.

On the way back to Earth, cameras mounted on the spacecraft’s solar array wings sent back spectacular imagery of our planet looming larger in Orion’s metaphorical windshield.

Mission managers said Orion’s descent ranked among the sternest tests of the mission. As the spacecraft hit the top part of the atmosphere at a velocity of nearly 25,000 mph, Orion’s heat shield had to weather temperatures around 5,000 degrees Fahrenheit. After that trial by fire, parachutes slowed the descent further, allowing the spacecraft to hit the ocean at about 20 mph.

Navias said it was a “textbook entry.”

A recovery team — including Navy personnel aboard the USS Portland, an amphibious transport dock ship — went out to pick up the capsule and bring it back to shore.

Over the weeks and months ahead, NASA’s Orion team will evaluate the data collected during the flight. Three mannequins were strapped into the seats of the capsule, wired up with sensors to record temperature levels, radiation exposure and the stresses of flight.

Those readings will help mission managers prepare for the Artemis 2 mission, which aims to send astronauts around the moon in the 2024-2025 time frame. That flight, in turn, is meant to pave the way for the first crewed lunar landing in more than a half-century, during an Artemis 3 mission that’s planned for no earlier than 2025.

“This is the program of going back to the moon, to learn to live, to invent, to create, in order to explore beyond,” NASA Administrator Bill Nelson said.

Artemis 1’s finale came 50 years to the day after Apollo 17 landed on the moon in Taurus-Littrow valley during the Apollo program’s final lunar mission. “A new day has dawned,” Nelson said, “and the Artemis generation is taking us there.”