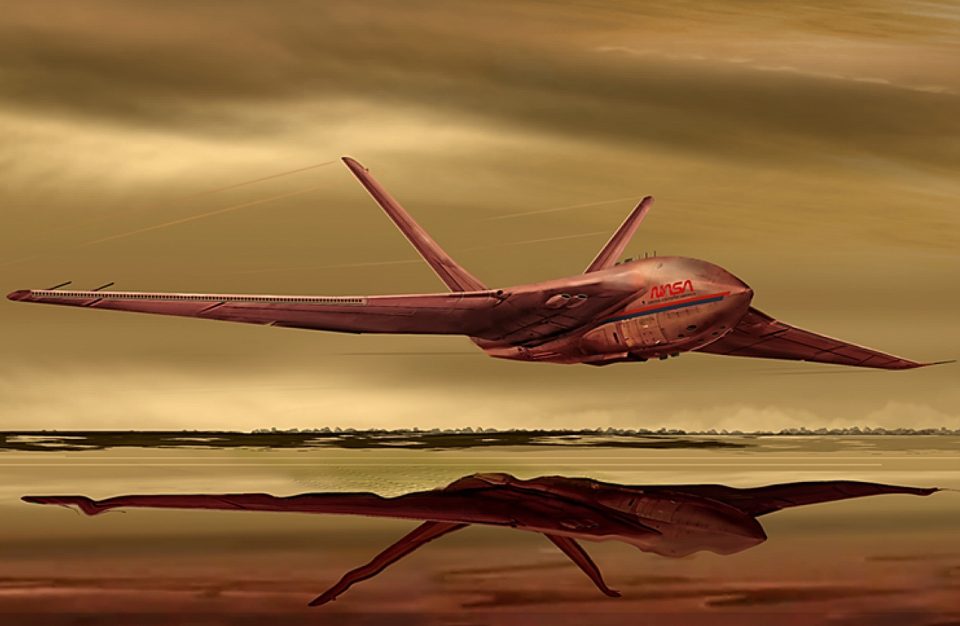 NASA says it’ll distribute up to $2.45 million to 14 teams in support of experimental projects that would be right at home in the pages of a science-fiction novel — including a plan to send a flying boat to study the smoggy atmosphere and hydrocarbon-rich lakes of Titan.

The unconventional Titan probe was proposed by a former Boeing mechanic in Gig Harbor, Wash., who says his space venture — Planet Enterprises — is “pretty much a one-man band,” at least for now.

Two other researchers based in the Seattle area also won Phase 1 grants in the latest round of awards by the NASA Innovative Advanced Concepts program, or NIAC. Each nine-month Phase 1 study grant is worth $175,000, and successful projects could go on to win additional funding during follow-up phases.

NASA Administrator Bill Nelson said the NIAC program helps give “forward-thinking scientists and engineers the tools and support they need to spur technology that will enable future NASA missions.”

“NASA dares to make the impossible possible. That’s only achievable because of the innovators, thinkers and doers who are helping us imagine and prepare for the future of space exploration,” Nelson said.

The grant for the TitanAir flying-boat proposal is the second NIAC award for Quinn Morley, who founded Planet Enterprises back in 2001 when he was in high school. A couple of years ago, Morley and a co-investigator won a Phase 1 grant to look into the development of a low-cost robotic system capable of deep drilling on Mars.

“Both projects have a lot of public-domain intellectual property, since I’m a maker and subscribe to the ideals of open hardware,” Morley told GeekWire in an email.

Morley’s TitanAir proposal calls for building a winged craft with a network of sample-collection capillary tubes built into the leading edge of each wing. The craft would be dropped into the dense atmosphere of Titan, a smog-shrouded moon of Saturn, and would sample the air as it flew through.

The TitanAir probe could also dip down and collect samples from Titan’s chilly lakes, which are thought to consist of liquid methane and ethane.

In a LinkedIn post, Morley said the idea was inspired by “a space coffee cup and a messy spill in the refrigerator.” He said the TitanAir team also includes Narasimha Boddeti, an engineering professor at Washington State University; Purdue engineering professor Steven Collicott; and Astralytical’s Laura Seward Forczyk.

NASA is already supporting a mission known as Dragonfly, which would put a plutonium-powered, rotor-equipped flying machine on Titan’s surface in 2034. There’s no guarantee that TitanAir would ultimately win a similar nod from the space agency, and the same caveat applies to other NIAC-supported projects.

Christopher Morrison, an engineer at Seattle-based Ultra Safe Nuclear Technologies, also known as USNC-Tech, won a Phase 1 grant to look into modifying the company’s EmberCore radioisotope battery to create a “flashlight” capable of producing a powerful beam of X-ray or gamma-ray light.

USNC-Tech is already developing EmberCore as a potential source of heat and power for lunar rovers. The EmberCore Flashlight would “have a beam strength orders of magnitude greater than what has been previously deployed in space,” according to Morrison’s proposal.

“This intensity provides a significant source of light that will be able to travel over many kilometers, interact with the ground, and then bounce back towards a sensor. The signal that is returned to the sensor is like a fingerprint that can be used to identify substances such as water,” the proposal says.

Such a system could characterize frozen water deposits at promising lunar sites such as Shackleton Crater or Mare Tranquillitatis. USNC-Tech says the EmberCore flashlight could also be used to study the geology of other airless celestial bodies, such as asteroids and the planet Mercury.

NASA also awarded a NIAC Phase 1 grant to Ryan Weed, the co-founder of Positron Dynamics. Weed, who’s based in Seattle, served as an engineer at Jeff Bezos’ Blue Origin space venture and is a program manager for the Pentagon’s Defense Innovation Unit. In 2018, he received a NIAC grant to study the feasibility of a radioisotope positron propulsion concept.

The newly awarded grant will be used to study a propulsion concept that would involve embedding particles of fuel for a nuclear fission fragment rocket engine in a matrix of ultra-low-density aerogel. The engine would also take advantage of breakthroughs in high-field, high-temperature superconducting magnets.

In his project proposal, Weed says such a propulsion system could provide enough power to send a space telescope on a 15-year trip to a solar gravitational lensing point that’s tens of billions of miles from Earth. At such a vantage point, the sun’s gravitational field could theoretically bend light to bring surface features of extrasolar planets into focus.

Here are links to information about the 11 other NIAC Phase 1 grants: