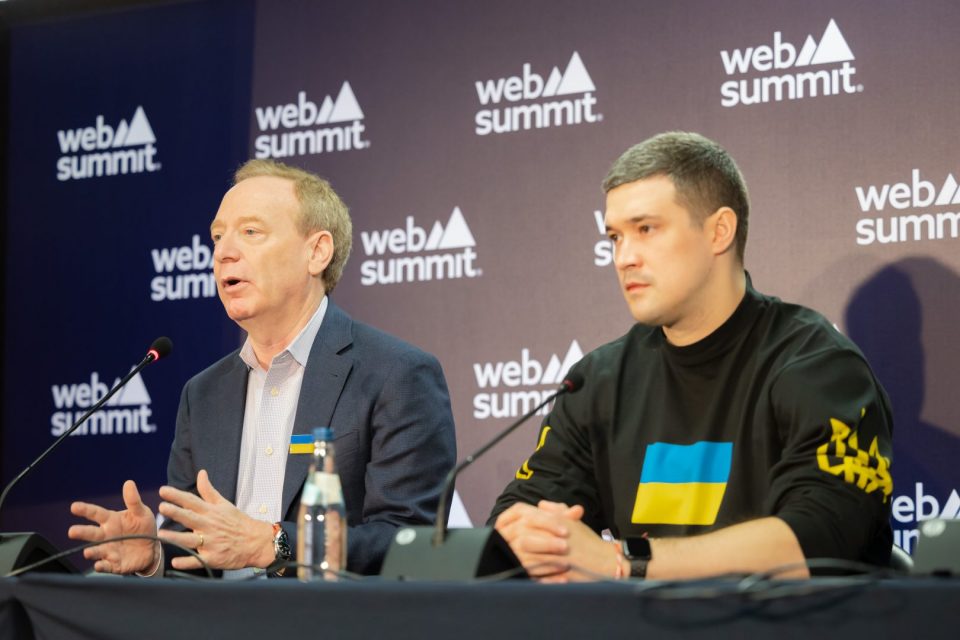 Microsoft is extending its technology support commitment with Ukraine, helping the country protect critical digital services and data during its ongoing war with Russia.

Microsoft President Brad Smith made the pledge during Web Summit, an event in Lisbon, Portugal, on Thursday. He appeared at a press conference alongside Mykhailo Fedorov, Ukraine’s vice prime minister and minister of digital transformation.

The Redmond, Wash.-based tech giant is not charging Ukraine for the assistance, and extending the help through 2023 will cost Microsoft roughly $100 million. The company has spent more than $400 million helping Ukraine since the war began in February.

“The continued defense of Ukraine depends in part on a critical digital alliance of countries, companies and nonprofits,” Smith said in a blog post. “By disbursing digital infrastructure into the public cloud, Microsoft and others have supported critical Ukrainian services through data centers across Europe.”

Beyond running services in Microsoft’s cloud, Smith noted some of the ways the company is helping:

“We’re confident that other tech companies will similarly step forward to sustain support that is vital not only for Ukraine, but for international stability and the protection of fundamental rights across Europe and around the world,” Smith added in his post.

Amazon previously announced in March that it was opening its largest humanitarian aid facility ever as a supply hub for Ukrainian war refugees. The company details other measures it has taken to help on this web page.

bitchy | Chadwick Boseman’s widow Simone Ledward: ‘I was so lucky to love this person’