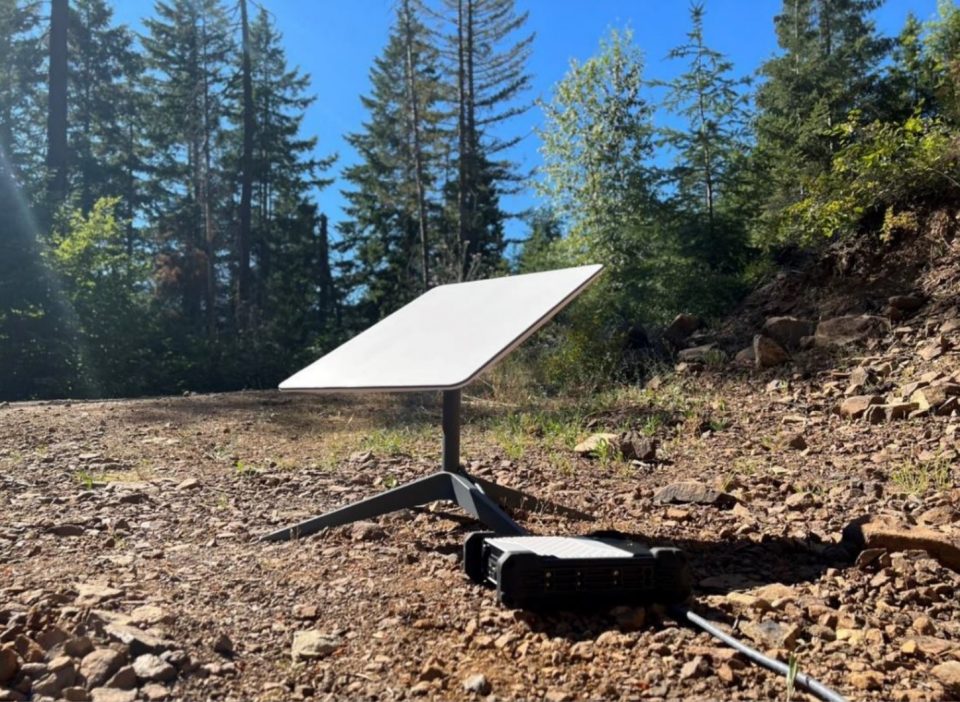 With SpaceX’s help, Microsoft is taking the next step toward merging cloud computing with available-anywhere satellite connectivity.

Today Microsoft announced the start of a private preview for Azure Orbital Cloud Access, which lets users link up with the cloud in a single hop from virtually anywhere via SpaceX’s Starlink satellite constellation.

For now, the preview is limited to Microsoft Azure’s government customers. But Jason Zander, executive vice president of Microsoft strategic missions and technologies, said “we are currently working toward general availability and commercial expansion.”

“That timeline will be determined by the evolution of our work with our private preview customers and customer feedback,” Zander told GeekWire in an emailed response to questions.

Today’s announcement, timed to coincide with the World Satellite Business Week conference in Paris, comes nearly two years after Microsoft announced that it was teaming up with SpaceX on satellite cloud access.

Since then, SpaceX has launched more than 2,000 additional Starlink satellites — which were built at the company’s facilities in Redmond, Wash., not far from Microsoft’s headquarters. Those continuing deployments are opening the way for Azure Orbital Cloud Access to take hold.

SpaceX already sells Starlink access on a commercial basis, but the Microsoft Azure arrangement is a package deal: Zander said the pricing structure is a “simple two-pronged setup,” consisting of a monthly subscription fee that includes the price of the antenna, and a pay-as-you-go model for the usage of satellite capacity.

“There are no further equipment/rental costs,” Zander said.

The service is integrated with software-defined networking technology from Juniper Networks, which enables customers to prioritize connectivity between fiber, cellular and satellite networks.

Microsoft and SpaceX have already been testing the system with pilot customers, such as the National Interagency Fire Center in Boise, Idaho. The NIFC test provided multiple channels of connectivity from the field to FireNet, a cloud-based application for wildfire management.

Also today, Zander announced that Microsoft’s cloud-based satellite control platform, Azure Orbital Ground Station, is moving into general availability after two years of development. He said Microsoft Azure will work with industry partners “to enable satellite operators to focus on their satellites and operate from the cloud more reliably at lower cost and latency.”

Among Microsoft’s partners in getting its “ground station as a service” off the ground are KSAT, a global ground station service provider that’s based in Norway; Pixxel and Muon Space, early users of the platform; and Loft Orbital, a space infrastructure company headquartered in California.

“The first Azure-enabled Loft satellite will be launching next year and will be available for governments and companies to deploy their software applications onto space hardware, seamlessly within the Azure environment,” Zander said.

Zander reported progress in Microsoft Azure’s campaign to shift the focus of satellite operations from hardware to software, through an approach known as virtualization. Microsoft and its partners recently demonstrated how an iDirect high-data-rate modem could be fully virtualized as a piece of software on Azure for satellite communications.

Following up on that demonstration, Microsoft and SES, a Luxembourg-based satellite network operator, will join forces to create the architecture for fully virtualized ground stations. Zander said a request for proposals will go out later this year to recruit the first cohort of Satcom Virtualization Program participants.

Microsoft isn’t the only cloud-computing powerhouse aiming to take advantage of space-based assets: Amazon Web Services is also fielding a range of space-centric offerings, including AWS Ground Station and AWS Space Accelerator. In the years ahead, Amazon’s broadband satellite effort, known as Project Kuiper, is likely to play a role for AWS that’s similar to the role SpaceX is playing for Microsoft Azure.

When asked via email about the differences between Azure’s approach and the approach taken by its competitors, Zander emphasized the partnerships that Microsoft has forged with leading aerospace companies.

“We’ve deliberately taken a partnership-centric approach, versus building and launching our own satellites,” he said. “With these announcements, you can see we are already bringing products to market today (not months or years from now), which is a testament to our partnership approach and the efficiencies it creates.”

Zander also highlighted the people behind the products.

“Azure Space is a strategic mission of the company, and we believe having a satellite solution is core to our ability to deliver hyperscale cloud effectively, and we’re making the investments to back that with a team that has rapidly grown to hundreds of dedicated engineering resources in two short years.” he said. “Azure Space has quickly gone from vision to reality, and we look forward to continuing to collaborate with our partners and customers to develop solutions that harness this emerging universe of technology.”