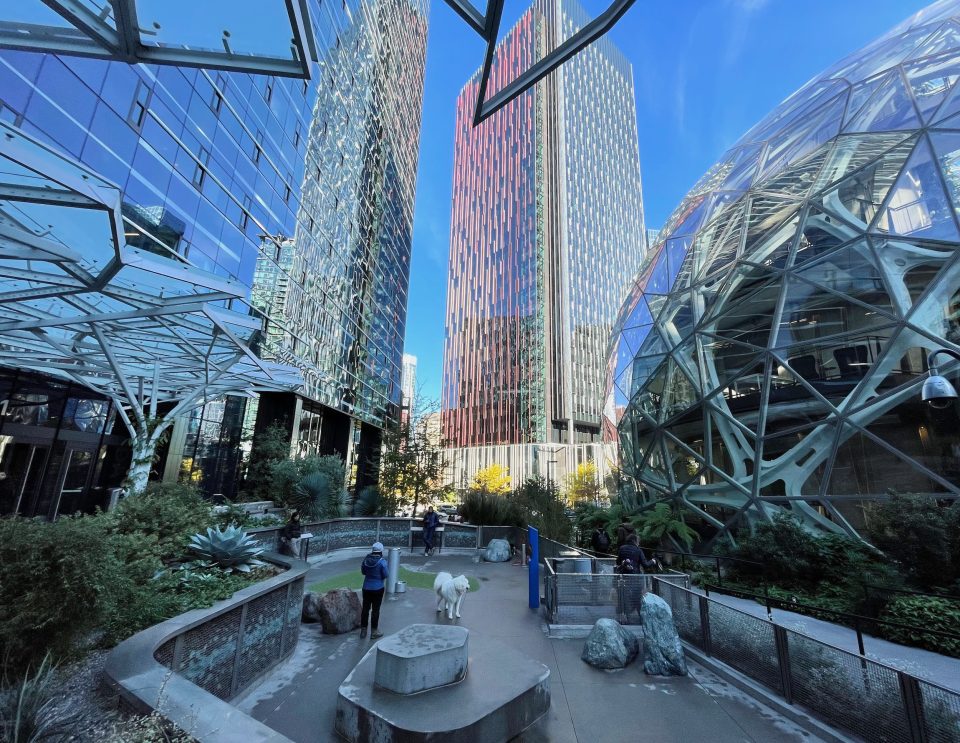 Big Tech’s big boom is over. But the sector overall is a long way from a bust.

That’s the assessment from business and community leaders in the home of Microsoft and Amazon on one of the gloomiest days in Seattle tech history.

Full memo: Microsoft to cut 10k jobs, about 5% of workforce, and take $1.2B restructuring charge

Citing the uncertain economy, cooling customer demand and the need to sharpen their focus on the most promising areas for growth, both tech giants are moving ahead with major job cuts — impacting their workforces both globally and at their respective headquarters.

For now, at least, tech leaders see in the cutbacks not a retrenchment for the industry but rather a rebalancing of power after a decade of remarkable growth for Microsoft, Amazon, and other big companies.

The number of layoffs as a percentage of total tech employment is “very low,” said Michael Schutzler, CEO of the Washington Technology Industry Association. “All those tech employees who want to work will find a new job quickly,” he predicted.

In the short term, however, the cuts represent a major shakeup.

Redmond, Wash.-based Microsoft announced Wednesday morning that it will cut 10,000 jobs, about 5% of its workforce, including an initial 878 positions in the Seattle region.

“These are the kinds of hard choices we have made throughout our 47-year history to remain a consequential company in this industry that is unforgiving to anyone who doesn’t adapt to platform shifts,” wrote Microsoft CEO Satya Nadella in a memo to employees announcing Microsoft’s cuts.

Meanwhile, Amazon on Wednesday began the latest phase of its 18,000-person layoff, the largest in its history, impacting sites including its Seattle headquarters.

Doug Herrington, CEO of Amazon Worldwide Stores, told employees in an email this morning that the cutbacks in his division are a difficult but necessary response to the economic realities facing the company.

“The exit out of Covid this past year was challenging, with labor shortages, supply chain difficulties, inflation, and productivity overhang from growing our fulfillment and transportation networks so substantially during the pandemic, all of which increased our cost to serve,” Herrington wrote in the email, provided to GeekWire by Amazon.

In a notable coincidence, the cuts at both Microsoft and Amazon include layoffs in hardware and devices, a discipline not traditionally a strength in Seattle’s software-oriented tech community.

“These cuts have a big impact on our region,” said Margaret O’Mara, a tech historian, author and University of Washington professor, citing the impact of tech recruitment in drawing large populations to the Seattle area.

Behind the scenes, the cutbacks are also causing significant changes for tech employees and companies. Total compensation recently dropped for the first time in a decade, said Albert Squires, director for the technology practice at Seattle-based recruiting firm Fuel Talent. Employers are in a stronger position as a result.

“Gone are the days that you can guarantee a 30% salary increase by moving to a new job,” Squires said.

However, many companies are still hiring for tech-related roles.

For some tech workers, the cutbacks are accelerating a move away from big tech companies and into the tech operations of other businesses. At the downtown Seattle offices of JPMorgan Chase, for example, the technology engineering operations have grown by 100 employees to nearly 270 people in the past year.

With the recent layoffs at big tech companies, JPMorgan Chase is seeing more resumes than in the past from engineering candidates. However, it’s still a competitive market given all of the companies that continue to hire in the region, said Rao Lakkakula, the Seattle Tech Center leader for the financial services giant.

“More folks are looking at opportunities outside of big tech companies like Microsoft and Amazon,” he said.

A rebalancing of power

At a high level, the cutbacks reflect a major shift after a pandemic-era hiring boom.

Microsoft added nearly 80,000 jobs between 2019 and 2022. Amazon added 248,500 employees in 2020 alone (including warehouse workers). Meta, which has nearly 8,000 employees in the Seattle region, doubled overall headcount since the start of the pandemic before announcing a 13% reduction in November.

Seattle has historically been a big-company town, with successive eras dominated and defined by certain sectors and companies, O’Mara said — Boeing in the 1950s and 1960s, Microsoft in the 1990s and 2000s, and Microsoft and Amazon in the past decade.

O’Mara said if the cuts at Amazon and Microsoft are the leading edge of more big cutbacks, it will have a “huge impact, both materially and psychologically,” on the Seattle tech ecosystem, which also includes more than 100 engineering outposts established by out-of-town tech companies.

The cost-cutting measures and shift to hybrid work policies are also changing the region’s commercial real estate market, as Microsoft, Meta and others shed office space. If those trends continue, workers in dependent industries such as hospitality could feel the impact.

From a historical perspective, there are parallels to the dot-com bust and earlier downturns that led to tech job reductions in the Seattle region, UW historian O’Mara said, citing higher interest rates and recessionary indicators that are making capital tougher to raise, and cutting into stock prices.

But the tech industry today is bigger than ever and deeply entrenched, as large tech giants provide foundations for many other companies. It also remains a hugely profitable sector — albeit not as “extraordinarily high” in revenues and market capitalization today as it was in recent years, O’Mara said.

History also suggests some silver linings. Past tech downturns provided an opportunity for new competitors to rise up and challenge incumbents. Smaller companies may have an easier time recruiting tech talent, which could boost Seattle’s growing startup scene that is still attracting gobs of venture capital dollars.

In one colorful anecdote from the 1970s, O’Mara pointed to a group of laid-off Boeing engineers who went on to create the Thermarest mattress.

“The last boom brought huge numbers of talented people here who will want to find reasons to stay here,” she said of Seattle. “Who knows what might come out of this region’s 2020s as a result?”

“We will bounce back,” he said, “stronger than ever.”