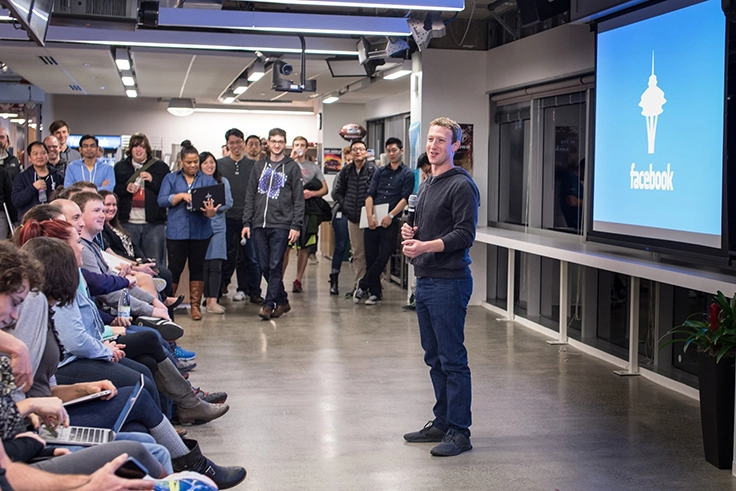 Mark Zuckerberg got it wrong.

The Meta CEO and Facebook founder admitted this explicitly Tuesday morning, announcing the layoff of 13% of Meta’s workforce, or more than 11,000 people.

“At the start of Covid, the world rapidly moved online and the surge of e-commerce led to outsized revenue growth,” he wrote. “Many people predicted this would be a permanent acceleration that would continue even after the pandemic ended. I did too, so I made the decision to significantly increase our investments. Unfortunately, this did not play out the way I expected.”

He added, “Not only has online commerce returned to prior trends, but the macroeconomic downturn, increased competition, and ads signal loss have caused our revenue to be much lower than I’d expected. I got this wrong, and I take responsibility for that.”

It’s the largest cutback in the company’s history. LinkedIn posts show that the cuts are taking place across numerous geographies, including the Seattle region, where Meta employs more than 8,000 people. The company has not yet provided details on the impact of the cuts for its Seattle-area offices.

It’s also a dramatic reversal. Less than a month ago, the company opened new offices in Bellevue’s Spring District, east of Seattle. Last week, a Meta spokesperson told GeekWire that there were no plans to sublease that space.

However, in his memo this morning, Zuckerberg said the company would be making cuts across its business, “including scaling back budgets, reducing perks, and shrinking our real estate footprint.”

We’ve followed up with Meta, in light of the layoff announcement, for the latest details on its real estate plans and the impact of the cuts on its Seattle-area workforce. We’ll update this post with any new information.

Meta has a sizeable workforce for its Oculus virtual reality division in the Seattle region, in addition to major office buildings dedicated to Facebook engineering.

The company’s rapid expansion in Seattle over the past decade made it one of the emblems of the region’s tech boom, coinciding with Microsoft’s resurgence and Amazon’s rise as a tech giant.

Among the Bay Area titans, Google was among the first to establish a Seattle-area engineering office, way back in 2004. However, it was Facebook’s decision to open its own outpost across from Pike Place Market in 2010 that really got the attention of their Silicon Valley tech bretheren.

“There’s so many good engineers up here, largely from Microsoft and Amazon traditionally, and then Google a bit more recently,” Zuckerberg said in a 2011 visit to Facebook’s Seattle offices, also citing the “really good startup scene up here.”

His counterparts got the message. In the decade that followed, out-of-town companies set up more than 130 engineering centers in the region.

Now the trend seems to be turning the other way. Meta’s announcement Tuesday reflects a wave of layoffs taking place across the tech industry. Twitter’s cutbacks, announced last week, will impact more than 200 people in its Seattle offices.

The rise of remote work during the pandemic raised questions about the role of these engineering outposts, but for many of them, the real risk appears to be industry’s long-term growth trends in the face of the economic downturn and core questions about business models.

“This changes nothing regarding the fundamental headwinds META faces but management’s first olive branch is at least a start,” wrote Brad Erickson, an analyst for RBC Capital Markets, in a note to clients. He called it “the first sign the CEO has shown of being willing to acquiesce to shareholders’ desire for investing a bit more judiciously given the various headwinds the business faces.”

Zuckerberg, while admitting he was wrong, also isn’t giving up. He called the company “deeply underestimated” in his memo Tuesday morning.

“Billions of people use our services to connect, and our communities keep growing,” Zuckerberg wrote. “Our core business is among the most profitable ever built with huge potential ahead. And we’re leading in developing the technology to define the future of social connection and the next computing platform.

He added, “We do historically important work. I’m confident that if we work efficiently, we’ll come out of this downturn stronger and more resilient than ever.”

Inside the Univ. of Washington’s new greenhouse, where a tech upgrade keeps the 6,000 plants happy – GeekWire