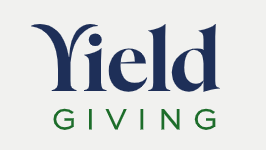 Seattle philanthropist and author MacKenzie Scott launched a new website that outlines her charitable giving process for the first time. Scott also revealed a name for her organization: Yield Giving.

“Established by MacKenzie Scott to share a financial fortune created through the effort of countless people, Yield is named after a belief in adding value by giving up control,” the homepage reads.

Since her divorce from Amazon founder Jeff Bezos in 2019, Scott has given away more than $14 billion to more than 1,600 nonprofit organizations, which are all listed on the new site, along with the amount of money received. She has stayed out of the limelight during that time, only penning a handful of essays to describe her donations.

But the new Yield Giving website provides more insight into her giving process, which demonstrates Scott’s low-key approach. The process includes conducting “quiet research to identify candidate organizations,” and evaluating them “as privately and anonymously as we can in order to limit burden on nonprofits and avoid diverting them from their work.”

In the future, Scott’s group plans to roll out an “open-call process to introduce an additional pathway for information about organizations to reach us,” which will focus on specific themes, geographies, and types of organizations.

Scott, 52, has a net worth of $27.1 billion, according to Forbes. She has been applauded by many for handing out large sums of money quickly, addressing urgent needs that people are currently experiencing. Scott’s philanthropy has also won praise for its no-strings-attached approach that empowers nonprofits to use funds as they see fit.

A recent study from The Center for Effective Philanthropy examined Scott’s approach to giving, which received some critique due to the size of the gifts, among other concerns. However, the effects on organizations that received money between the summer of 2020 and 2021 “have been dramatically and profoundly positive,” the study found.

In 2019 Scott signed The Giving Pledge, which is a public vow by the ultra wealthy to give away most of their largess to charity. Bezos has not signed the pledge.

bitchy | Mayer: The Sussexes are central to the fate & future of the British monarchy